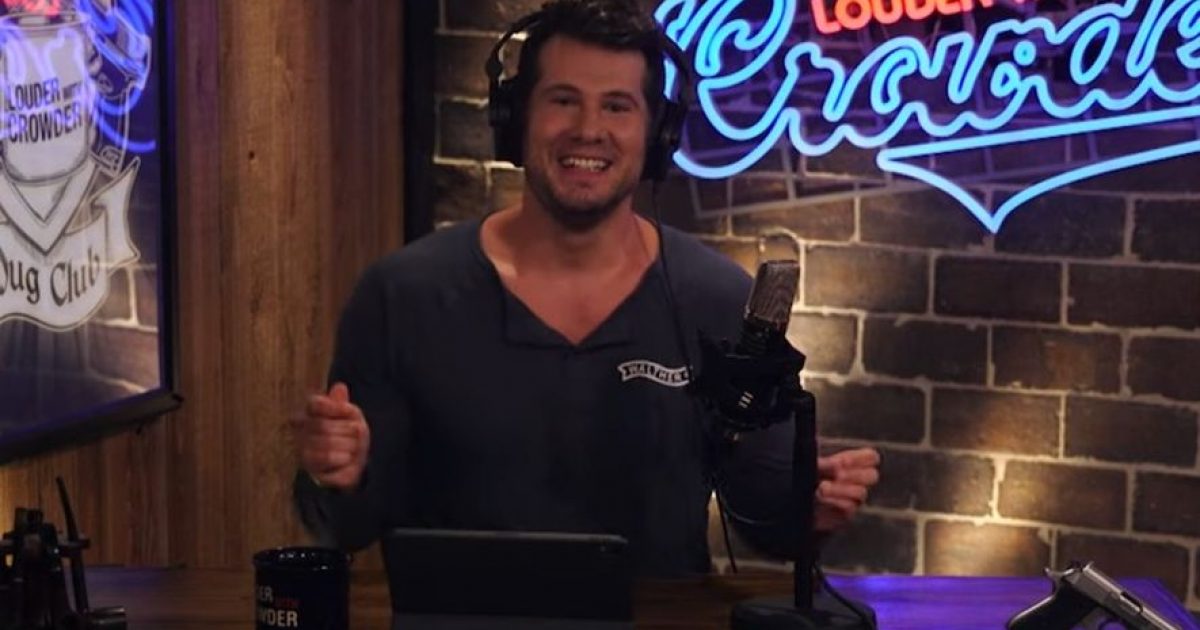 Of course, if you’ve heard about this issue, you’re probably thinking, “YouTube didn’t censor Steven Crowder. It just demonetized him after a campaign by Vox (Incidentally, Vox is a billion dollar company financed by Disney that’s working to silence the voice of a lone individual that competes with it. That seems worth noting).”

But imagine you own any business and you’re not allowed to make a profit on it. Let’s say you own a Burger King or an Ace Hardware and you’re told, “Sure, you can stay open. You just can’t make a profit off of your product.” Who’s going to do that long-term? So, I think it’s just as accurate to say that YouTube engaged in a subtle form of censorship as it is to say that it demonetized him.

Do you really think what’s happening with Crowder is all that different? Steven Crowder has to spend money on equipment. He has to spend money to get the videos edited. Given that he’s a relatively successful guy, could Steven Crowder be making money somewhere else instead of doing YouTube videos that the company won’t allow him to monetize? Yes, of course. He’s getting by on merch sales, but it’s ridiculous that he should have to do that.

The standard answer to that is, “Well, he doesn’t HAVE TO do videos on YouTube,” but YouTube is a monopoly. By that, I mean that it controls such a large portion of the online video audience that it makes no sense to go elsewhere. If YouTube didn’t have a monopolistic level of control over the industry, it wouldn’t matter.

We used to break up monopolies in this country and that was a good thing. That’s because it created competition, which led to better service for the public. It also kept massive corporations from having an inordinate amount of control over the lives of people that used their services. Today, we have companies like Facebook, Google (and Google’s subsidiary YouTube) which are censoring their content providers for purely political reasons and because they’re monopolies, there’s not much that can be done about it.

You can protest, but they don’t care. You can leave their services, but you might as well be posting in a diary because there is no competition that matters. You can try to start a competitor, but you will fail because we’re talking about billion dollar companies with an enormous competitive advantage. At some point, new technology may make these companies irrelevant, but in the meantime, they have an inordinate amount of control over your free speech because they have so much control over whether you get heard or not. Other than the President of the United States, the most powerful people in our country are the ones running these giant social media corporations. Raise your hands if you want these aholes deciding who gets to be heard and who doesn’t in America.

Although I advocate breaking up these tech monopolies, I can’t do anything to make that happen other than pushing the idea; however, I can support Steven Crowder.

Towards that end, I want you to go to my Twitter account and retweet THIS TWEET. Brass Pills will be buying 10 shirts from Steven Crowder’s store and giving them away to people who retweet that tweet. Crowder deserves our support. Step up to the plate and the censorship being pushed by these social media giants.

PS: How am I having to get the word out about this? By posting to another hostile social media giant with an inordinate control over our free speech. Congress needs to be working this issue every day because it’s one of the most important issues we face in this country. If we lose our free speech, we’re not America anymore.