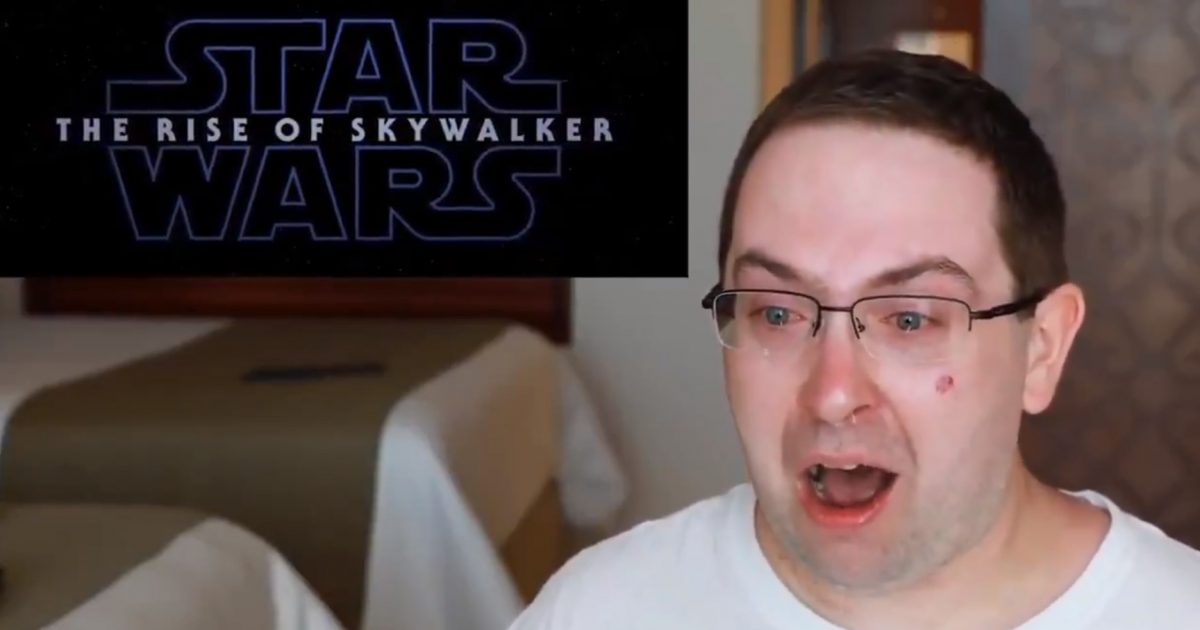 There is no scenario where a man should not be humiliated to put out a video of himself crying like a baby over a movie. I’m still mildly embarrassed that I cried over “Where the Red Fern Grows.” In my defense, I was 9 at the time and that featured good and loyal dogs dying, while this lame Star Wars trailer is mostly boring.

The guy is literally PANTING WITH EXCITEMENT over the LucasFilms logo coming up. The only men that should be panting over that are George Lucas and his accountant. He goes on from there to LITERALLY CRY TEARS over wildly overdone CGI and people standing around. Maybe you should take this with a grain of salt because I am not a Star Wars fan, but it’s not even a good trailer.

The Greatest Generation versus the current generation. pic.twitter.com/UJvD9z8FUs

Ian Miles Cheong noted, quite correctly, that the video made him cringe. Of course, it did. It’s a 40-year-old man-baby turning into a blubbering mess over a Star Wars trailer. This turned into a whole huge thing, with Mark Hamill, along with tens of thousands of other people jumping in to heap abuse on anyone who dared to point out how pathetic this is.

Masculine men — as opposed to the sort of man-boy you see in the video — are intrinsically grossed out by this kind of behavior. It’s like seeing a cockroach crawl out of your salad. Why? Because this guy is such an obvious failure as a man. This is not someone you can rely on in a tough situation. This isn’t someone you’d want to have your back in a fight. This is not a guy you could trust to look out for you or even for himself. He’s a weak, simpering, soft child masquerading as an adult and it’s naturally off-putting to both men and women. The sort of woke SJWs pushing this kind of behavior are not your friends if you’re a man.