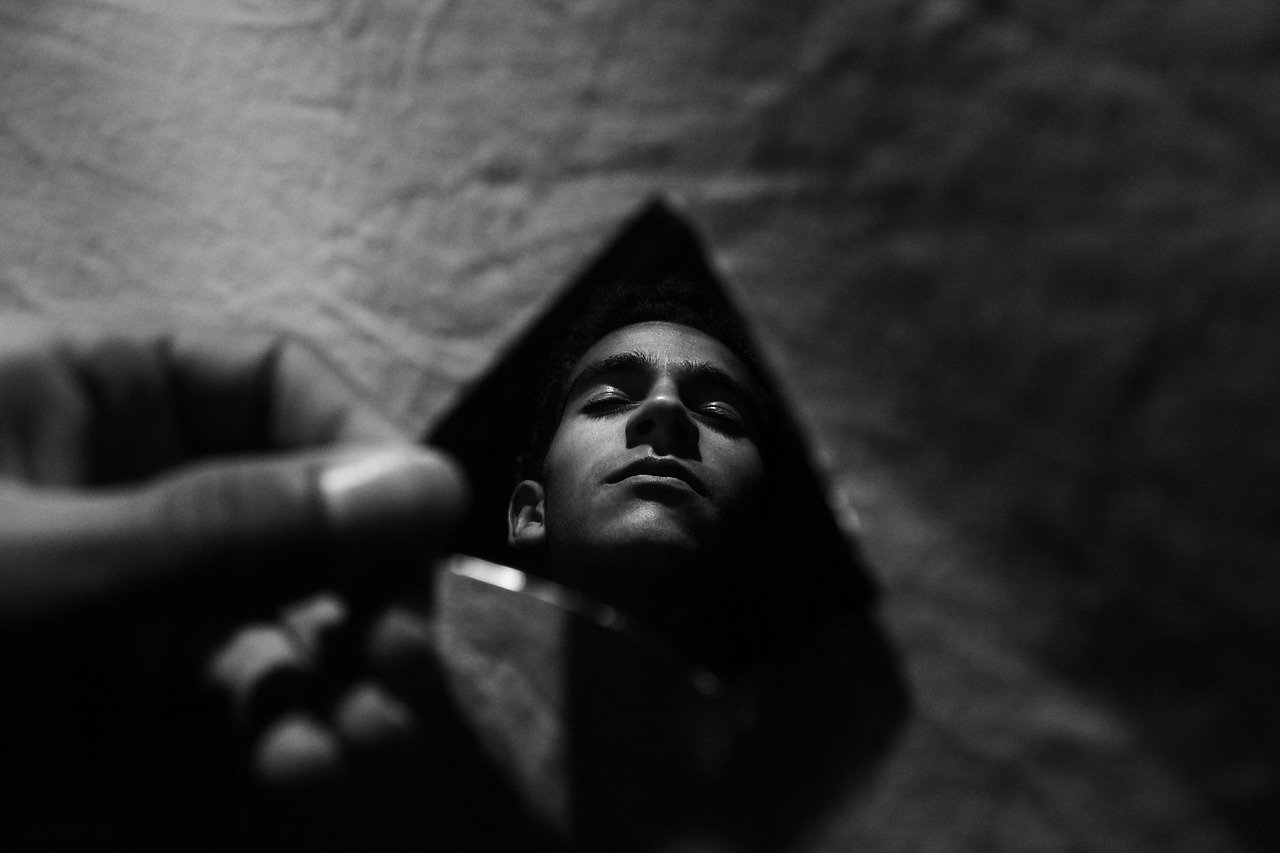 If you’re a good person, you want to help other people and make their lives better. This goes double for people you care about and often because we human beings are PHENOMENAL at lying to ourselves, the problems other people have can be glaringly obvious to everyone but them. Here’s a perfect example of what I’m talking about:

My (26F) mom (57F) has no savings, lives beyond her means and has no plans to improve her financial situation. How can I help her without ruining my own life?

I (26F) am currently living together with my mom (57F) in a roommate type of situation out of obligation. I graduated several years ago, found a job with a decent salary about 1.5 years ago and was planning on moving out. My plans were ruined when my mom revealed her financial situation to me. She had about $16k in debt while making less than $19k a year working 3 days a week. I had no idea what her financial situation was previously as she always went on international vacations each year and offered to help me buy my first car (which I didn’t accept). This led me to believe she was doing fine.

I decided to live together with my mom as there is no way she could afford rent by herself and I can’t afford paying her rent and my own. Since then, I have had to drive about 1.5-2 hours each way for work and I might not have accepted this job if I had known I wouldn’t be able to move out. I now have a new job offer that’s very far away that will definitely require me to move and my mom has absolutely no plans. Every time I bring up budgeting, finances, getting a new job, getting a roommate etc., she rolls her eyes at me and says she will deal with it later. Even now, when I say I am moving out in the next month and cannot afford to give her so much money every month, she says she will figure it out later.

I am so frustrated and don’t want to live my life for my mom but I also don’t want to leave her destitute. How can I talk to her to help her plan when she doesn’t intend on making any plans? Her only plan is to wait for government subsidized old age housing and financial assistance. She will not even get these for another 8 years. I do have a sister that pitches in financially, we give my mom a combined $1400 a month but I am desperate to start my own life.

TL;DR: 57 year old mother working part-time is mostly financially dependent on me and my sister. She refuses to plan for the future forcing me to live my life around her bad choices in order to financially support her. How do I make her realize this isn’t feasible?

So his mother is big on spending but isn’t so big on working and has an aversion to even thinking seriously about money. He’s trying to help her out, trying to talk to her about it, trying to figure out how to get over this problem and none of it is working. Know why? Because you can’t fix people.

But, WHY can’t you fix people? Because people are the way they are for a reason and it’s usually tied to experiences and emotions, not logic. So, what happens when you try to logic someone out of something they didn’t logic themselves into? Usually, it doesn’t work because they’re basing how they think and behave on emotions and then coming up with justifications afterward, not the reverse.

Some of the most amazing people I have ever met have low self-esteem. Why can’t you just explain how awesome they are and lift their self-esteem? Why can’t you tell someone that’s a junky to just stop using drugs because it’s bad for them? Why can’t that just explain finances to his mom so she can be financially responsible? Because it’s not about logic at all. That’s why interventions can work. Because they can produce a powerful enough emotional impact to get someone to make a big change.

That’s also why a lot of people have to “hit rock bottom to change.” Because they get into a situation that’s so frightening or miserable that it has an emotional impact on them and convinces them that something has to be different starting right now. You can’t do that with logic or by having a calm, reasonable discussion with someone.

That’s what you are up against when you try to “fix” someone. It’s nearly impossible unless they already WANT to change. If they don’t, then it’s like that quote from Voltaire: 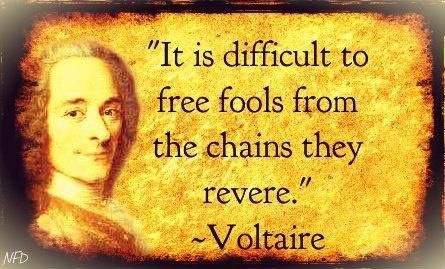 So, if you can’t fix people, what do you do?  You accept them as they are, help them if they ask for it, and allow their problems to be their problems, not your problems.