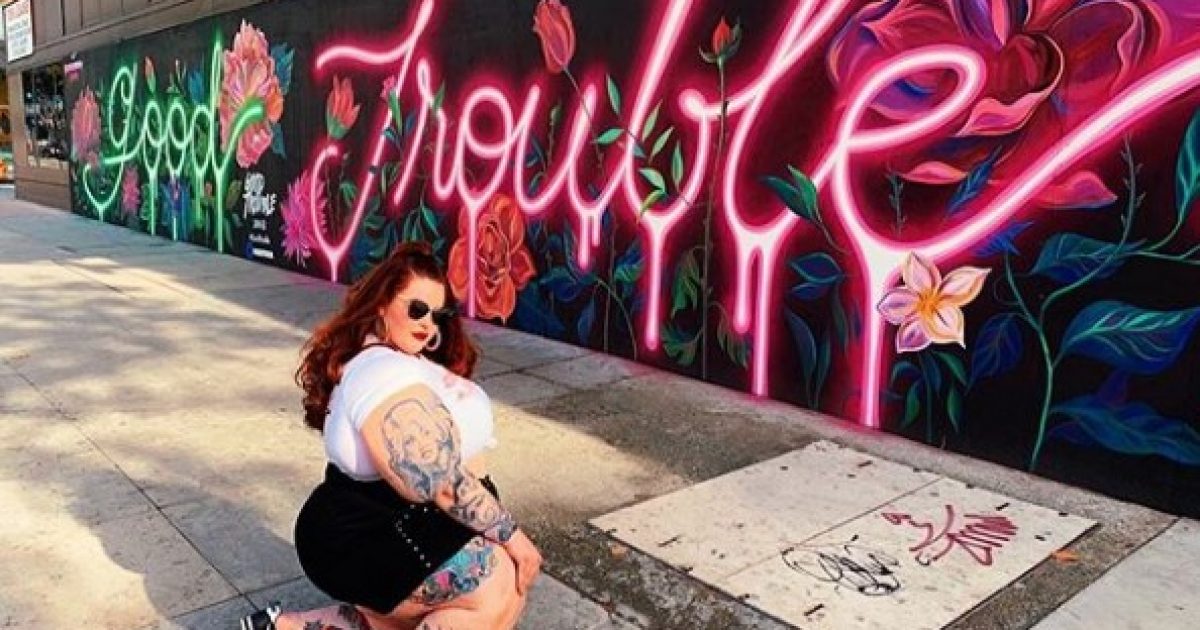 Let me freely admit that I don’t like Tess Holliday. At all. There are two reasons for that.

#1) These women’s magazines started putting her on the cover and calling her a “super model” because they wanted to appeal to a different demographic. It was a pure publicity stunt because Tess Holliday is ugly. I would not write this publicly about a woman under normal circumstances because it’s rude, but the idea that she’s amazingly attractive is obvious bullsh*t and she’s being promoted as a ‘super model.” It’s so insulting that it begs to be called out.

#2) The other thing I really can’t stand is that she actually PROMOTES the idea that it’s great to be extremely overweight. As someone who has struggled with his weight, I can tell you that is not even remotely true. Almost everyone, male and female, looks worse carrying extra weight. That being said, there are women that can handle some extra pounds and still look good as long as they don’t go too crazy because they are fortunate enough to have wide frames and their extra weight mostly happens to distribute across their breasts and butts. Even those women? They’d look better thinner. That’s just reality and pretending it’s not so in the name of #bodypositivity isn’t the right way to go.

Should you hate yourself if you are overweight? No. Do I think fat people are lazy, lack willpower or are bad? No. Should you hate yourself if you’re overweight? No. But, you should acknowledge reality. Yes, you would look better, have more opportunities to enjoy life, be more attractive to the opposite sex and be healthier if you were thinner. Anyone who tells you something other than that is full of sh*t.

That brings us to Jenny Lee Molina, who is another overweight woman on Instagram. She was diagnosed with pre-diabetes, which was, as you’re about to see INSPIRED by TESS HOLLIDAY. Not kidding. Because she was rightfully worried about her health, she lost weight and….Tess Holliday unfriended her because it was “triggering.” 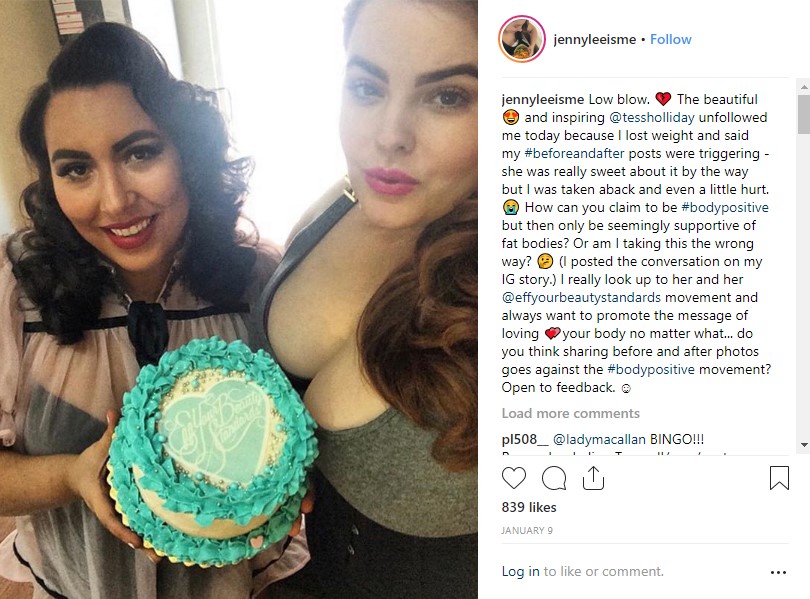 This is especially noteworthy because after she did a shoot with her idol, Molina’s weight skyrocketed, which led to her health problems. 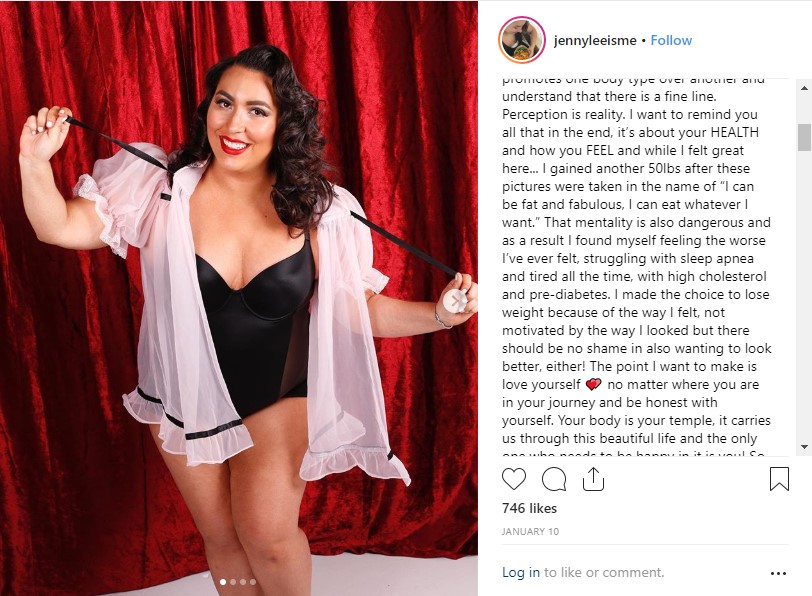 We live in a world full of people trying to sell you easy answers. If people are willing to pay in money, likes or attention for a message, somebody will provide that message. Tess Holliday is pushing the message that if you’re extremely overweight, you can be just as attractive and healthy as people that are in shape and as Jenny Lee Molina found out the hard way, it’s not true. Love yourself as a human being at whatever weight you’re at, but don’t delude yourself.