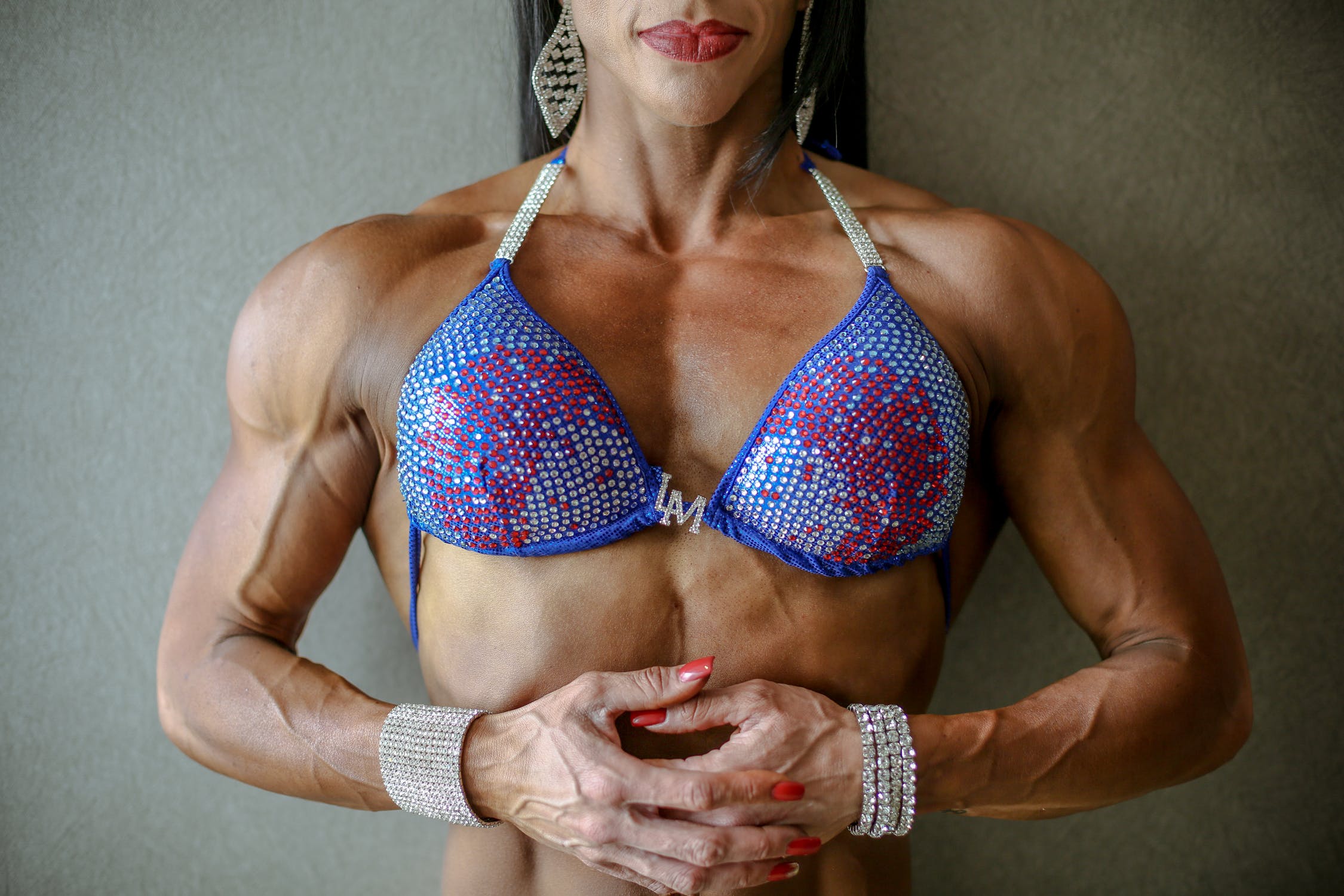 One of the unfortunate consequences of our “There are no differences between men and women, so you go girl” oriented culture is that a certain percentage of women have started to believe that they can take men on in a fight. Granted, there may be a tiny number of female professional fighters who could actually pull it off. If you’re not one of those, let’s be very generous and say 1 out of every 5 million genetically gifted and heavily trained women, in practice, it’s going to end up looking something like this:

girl gets a taste of gender equality pic.twitter.com/0veW8Ge931

As studies have shown, the AVERAGE man is stronger than 99.9% of women. That’s how a physically strong, but not incredibly jacked rapper from Britain can easily break the women’s deadlift record in Britain.

So watch me DESTROY the British Women’s deadlift record without trying.

P.S. I identified as a woman whilst lifting the weight. Don’t be a bigot. ? pic.twitter.com/dYRraHCB42

On Reddit, there was a large thread featuring numerous women (and sometimes their boyfriends) talking about how shocked they were to find out that men were much stronger than they were. I found several of these stories to be entertaining. You will, too.

— My girlfriend is very upset since I won against her in wrestling?

Now we would usually wrestle for fun but I’d always let her win. I think she took pride in winning but whenever I told her I wasn’t going serious, she would say “yeah right” . But if it made her happy it wasn’t an issue.

Well the other day she initiated another wrestle and I let her win, until she said “ok let’s see what you got”. I wasn’t sure what she meant so I asked her and she asked me to go serious.

So we wrestled and I pinned her rather quickly. She tried to break free but couldn’t. I could tell she was a bit shaken so she asked to go again, and we went again but i got her in a headlock. I didn’t squeeze too hard, but just enough to hold her and she tapped. We went a third time and i pinned her.

At that point she seemed confused and things got a bit awkward. She then told me she never knew I was serious when I said I wasn’t really trying.

Since then, her mood has been lower. She’s usually bubbly but this time I noticed she was low and a bit mopey. What do I do here??

— Relatable. It sucks to spend years and years learning to be strong, fast, and an athlete. I did bodybuilding (before an injury) for years, and felt confident in my strength. Then, my boyfriend – who hadn’t lifted weights since high school and barely weighed 10 lbs more than me – joined me at the gym, and immediately deadlifted and benched almost twice as much as I could, who had been training for years.

It f*cking sucks to realize that with almost no effort, 50% of the population can overpower you. Especially in such a hand-to-hand obvious way, OP’s girlfriend probably felt weak, small, and like she can’t protect herself. It’s something men don’t think about, and probably should.

— Also relatable. I grew up being a very good runner. Even through high school, I could consistently win against the boys on my track team in a 200 m. I ran with some of my guy friends from cross country in marathons and beat them easily.

I don’t run anymore in college (I’m a junior now), but I was still confident that I could beat Most men at most distances. My boyfriend ran cross country in high school but never got his varsity letter (whereas I got mine in my first race). A couple weeks ago, he challenged me to a race on a hiking trail. He absolutely whooped my ass. It wasn’t even close.

I guess when I was a teenager, since women go through puberty earlier, I had an advantage but that’s completely gone now at 21. It really shook my confidence because while I know I could never beat anyone in a fight, I thought that I could still outrun anyone if I needed to. Now that I know I can’t, I feel unsafe. I’ve gotten used to it but it definitely shook me up.

— You just described me to a T. I did karate and ran track going up, always beat the boys in both. Me and my boyfriend sparred for fun and he had me locked in a grip I used to be able to break pretty easy but he didn’t even budge and he wasn’t grabbing me that hard. Now im extra cautious because my little bubble of “I can easily protect myself” is popped.

— Yep, i don’t do much in the way of sports but i do cycle, i thought i had strong legs and alright stamina.

My friend wrestled me as a joke and he pinned me down fairly quickly, i thought it’s fine because I’ve got beefy legs and can kick him off me, nope. Like kicking a brick, and he hasn’t worked out beyond one or two deadlifting sessions on lads nights. Shook me to my core that i couldn’t even make him budge an inch.

It really does emphasise how vulnerable i am, which is terrifying.

— Absolutely. I’ve been doing weights classes at my gym 1-3 times per week for over a year, and when I’m keeping up regular attendance I bump my weights up heavier than any of the girls in my class can manage (the instructors included). It’s so disheartening seeing an out of shape dude walk in fresh off the back of their New Year’s resolution, having never lifted a weight in their life, and immediately being able to almost double what I’m lifting without much trouble.

A lot of women (and men) simply don’t realise there is that much of an innate difference even when all else is equal.

— Honestly, a lot of women don’t realize how dramatic the difference is, at least not consciously. I was never under any delusions about my strength, but it was still shocking when I realized the extent of it. I gave up after lying on my back and pushing with my legs to move an old console TV. I asked my husband (never a big guy, also out of shape) for help. As I was suggesting various methods to best do this, he just bent over and picked it up and walked away. That was probably 20 years ago and I’m still like WTF?

— A girl I was talking to for a while took kickboxing and BJJ and was pretty good after years of training after a sexual assault to learn to defend herself. She wanted to try her holds on me and told me not to hold back, really try. I barely had to try. Easily kept her from getting me in a hold and basically just peeled her off of me when I let her start with me in a hold. She was pretty shook.

— She is likely feeling terrified. This sentiment has been expressed a few times already, but wanting to chime in because I had a similar experience many years ago, but as the girlfriend. At the time, I was much bigger than my then-boyfriend (I was over 200 lbs, 5’9; he was 5’6 and 140 ish). Even though I was terribly out of shape, I had always been strong. One day we wrestled and he beat me with no effort.

It was absolutely terrifying. I had NO idea how much weaker I was than men. None. All of a sudden I was aware that I could not defend myself in the way I had previously thought.

— I did this to a half-sister of mine YEARS ago. We got onto the topic of “can she defend herself,” and I stated clearly that there was absolutely no way she could. She was a few inches shorter but about my weight (I weighed in at a whopping 116lbs at the time). I told her adamantly that there was no way she could defend herself, and she kept saying she could. I bet her that she couldn’t even defend against me, the smallest guy I’ve ever known. (I’m up to 130 lbs now, but at the time, I was skin and bones). She got all cocky and challenged me. I had her pinned in about 1 move. She kind of tripped out and said “well I can just kick him in the nuts!!” I told her that she can try absolutely anything she wished. We went again. She clawed, bit, kicked me in the nuts, pulled my hair. She was still pinned in under 5 seconds. Most of her violence was struggling to get away. At the end of it, I still told her I wasn’t even being serious, that I was using about 50% of my strength, and she was already pinned and helpless. As we talked, I reiterated how small I was and how helpless she was with a TINY guy. I then asked her what she thought would happen with a guy who was 180 lbs, or 220 lbs, etc.

To be fair, she needed her world shattered. Anyone that thinks they can overpower someone else needs to actually try against a friend. It is scary how many people walk around thinking they can resist when someone attacks them. No, you can’t.

— When I was in my early 20s I’d refuse anyone’s company on my walk home at night or just anywhere. Yep…I’d insist on walking all over a dangerous city alone. Im 5’0 and tiny…but I FELT like I could truly outrun or take anyone.

My boyfriend at the time kept telling me how upsetting this was to him but I’d reassure him I was truly fine. One day he grabbed both my hands with his one hand and pinned me to the bed. He dodged every kick I threw. It only took one hand…he said let people walk you home

That was 8 years ago but I remember that moment clear as yesterday because my entire world shifted. I don’t walk alone anymore.