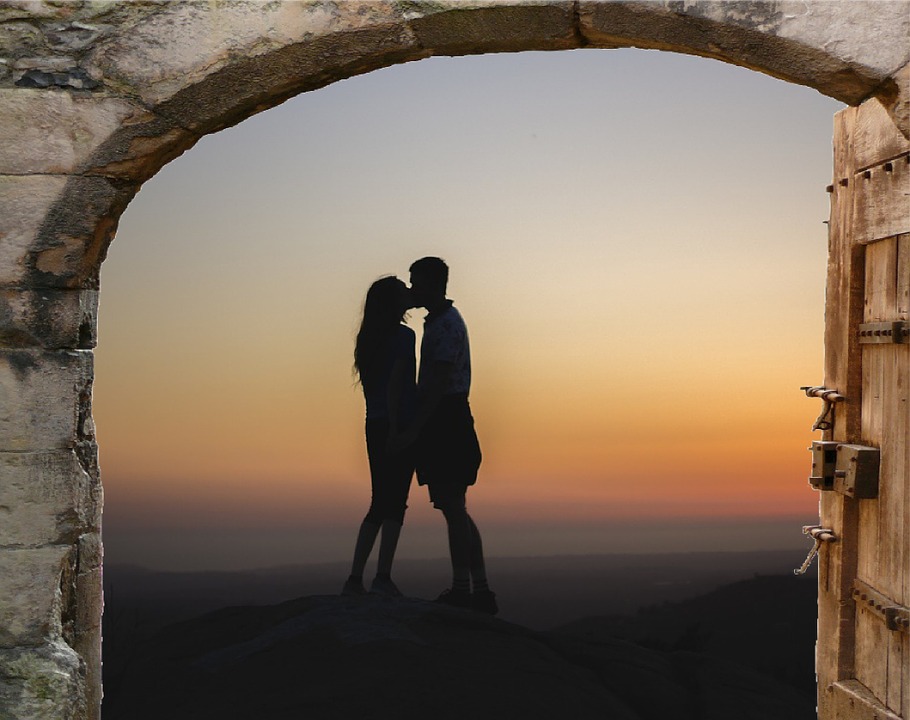 This woman, dude. Just wait and you’ll see what I mean:

Is my Husband having a revenge affair or an exit affair?

I WAS IN A HAPPY MARRIAGE, 2 KIDS AND A LOVING HUSBAND. BUT AFTER WATCHING THE MOVIE ‘UNFAITHFUL’, THERE WAS A PART OF ME THAT WANTED THE EXCITEMENT OF A SECRETIVE AFFAIR LIFE. I LOVE MY HUSBAND TO PIECES AND DON’T WANT TO BE WITH SOMEONE ELSE BUT STILL WANTED THIS EXCITEMENT. SO I STARTED LOOKING FOR POTENTIAL AP ON ASHLEYMADISON AND WAS VERY CAUTIOUS WHILE DOING SO. FOUND A MARRIED GUY WHO ALSO LIVES IN THE SAME CITY. STARTED GOING ON DATES AND THE SEX WAS OK.

I WAS VERY CAUTIOUS DURING THE WHOLE AFFAIR BUT MY AP NOT SO MUCH. HIS WIFE FOUND OUT ABOUT OUR AFFAIR THROUGH TEXTS AS HE WAS TEXTING ME IN FRONT OF HER. SHE THEN FOUND MY HUSBAND THROUGH FACEBOOK AND SENT HIM EVERY TEXT, PHOTO AND VIDEO ME AND MY AP EVER SHARED. THERE ARE VIDEOS OF US HAVING SEX. MY HUSBAND SHOWED THIS TO ME AND THEN WENT SILENT. I WAS DISTRAUGHT. THIS WAS ON OCTOBER 14. TILL THIS DAY HE HASN’T SAID ANYTHING ABOUT MY AFFAIR. HE HASN’T EVEN ASKED ME ‘WHY?’. HE DOESN’T TALK TO ME MUCH NOW. I AM SLEEPING ON COUCH FOR THE PAST 2 MONTHS. HE DOESN’T EVEN EAT THE FOOD I MAKE OR DRINK THE COFFEE I MAKE. HE MAKES HIS OWN FOOD AND COFFEE. THE KIDS DON’T KNOW ANYTHING BUT ARE STARTING TO SUSPECT SOMETHING IS WRONG. HE IS TRYING TO PRETEND IN FRONT OF THE KIDS THAT EVERYTHING IS NORMAL.

I HAVE TRIED MANY THINGS TO TRY TO GET PAST THIS LIKE TALK TO HIM, SEDUCE HIM OR ENROLL FOR MC BUT NOTHING WORKS. HE DOESN’T BELIEVE IN MC. HE HASN’T EVEN TOUCHED ME IN THE LAST 2 MONTHS. SOME NIGHTS HE DOESN’T EVEN SLEEP AT HOME. I DON’T KNOW WHERE HE IS. BEFORE THIS I USED TO KNOW EVERYTHING ABOUT HIS SCHEDULE.

THEN THIS MONTH HE SOMEHOW CAME INTO CONTACT WITH HIS EX-GIRLFRIEND. THEY WERE EACH-OTHERS FIRST LOVE. THEY BROKE UP BECAUSE HE WENT TO EUROPE FOR STUDIES. SHE HAS RECENTLY BEEN DIVORCED AND MOVED TO OUR CITY. I SNOOPED THROUGH HIS PHONE AND READ THAT TODAY THEY WILL BE GOING ON THEIR FIRST DATE. HE SPENT THE CHRISTMAS WITH HER, KIDS ARE WITH THEIR GRANDPARENTS FOR HOLIDAYS AND I AM ALL ALONE. I DON’T KNOW IF ANYTHING PHYSICAL HAS HAPPENED BETWEEN THEM. WHAT KILLS ME MOST IS THAT HE IS A TECH-SAVVY GUY AND HE CAN HIDE HIS TEXTS TO HER FROM ME IF HE WANTS. IT’S LIKE HE DOESN’T EVEN CARE ABOUT ME ENOUGH TO HIDE IT FROM ME.

THIS FEELS LIKE THE END OF MY MARRIAGE. IF THIS IS JUST SOME AFFAIR I CAN CONVINCE MYSELF TO BE OK WITH IT BUT MY GUT TELLS ME THAT WE ARE DONE. I WON’T BE SURPRISED IF HE SERVES ME DIVORCE PAPERS AND ASKS ME TO MOVE OUT. I CANNOT DISCUSS ANY OF THIS WITH ANYONE BECAUSE THEN THEY WILL START TO HATE ME AS EVERYONE LIKES HIM. NOT EVEN MY GIRLFRIENDS. I FEEL ALONE. I DON’T KNOW WHAT TO DO. CAN ANYONE PLEASE ADVISE ME IF THERE ARE ANY POSSIBLE CHANCES OF RECONCILIATION? BECAUSE I TRULY LOVE MY HUSBAND.

So, let’s start with the fact that she admits she had a HAPPY marriage. She doesn’t say anything about a bad sex life or that anything was wrong, just that she WATCHED A MOVIE that inspired her to cheat. I had never heard of “Unfaithful,” but I watched the trailer and read a plot summary.

From what I read, she meets the French guy and can’t help but fall for him, has a hot affair, her husband finds out about it, and then he murders the guy. That’s some inspiration.

Her trashy version of this story is watching a freaking movie that inspired her to log onto the trashy Ashley Madison site, which is a website for married people that want to cheat, finding another random guy who also happened to be married and having “okay” sex with him.

I’m not excusing cheating, but usually, there’s at least SOMETHING that gives some small level of sympathy for the cheater. You know, “We hadn’t had sex in a year and I needed some human contact,” or “There was a guy at work that was really cute, he was nice to me, we had a bit too much wine and slept together. It was a terrible mistake.” You may not excuse it, but as a human being, you can understand where they were coming from.

In her case, it’s like, “I had a happy marriage, but I watched a movie and so I logged on to a gross website and helped ruin someone else’s marriage because it was exciting to have an affair.” It’s just grotesque.

Apparently her husband thought so, too. As Esther Perel notes, it’s hard to predict how someone will respond to an affair:

Much as I’ve tried to identify patterns in the interplay between action and reaction, I have yet to find a tidy correspondence between the severity of the offense and the intensity of the response. Even after decades of this work, I still cannot predict what people will do when they discover a partner’s affair. In fact, many have told me that their response is far from what they would have predicted themselves.

In his case, it sounds like all the feelings he felt for her just turned off like a light switch. Seeing videos of your wife having sex with some rando she met on Ashley Madison will do that you, I guess.

Incidentally, if you are wondering how this turned out, there is an update and her husband was every bit as savage with her as you’d hope that he would be:

On Friday morning before going off to work, he said “we need to talk in the evening.” The whole day I was wondering if it would be about going forward with reconciliation or divorce. (Hawkins’ Note: How did she still not know this would play out when everyone reading her first post already knew which Option He’d choose?) Well the evening came, we sat down on the couch and then he slowly takes out brown envelope out of his bag. Immediately, I knew what the talk was going to be about. Most of the conversation it was just him talking and me listening. He showed me the divorce papers. Explained the conditions in which he gets the full custody on the children, doesn’t want any child support from me and our shared finances will be divided 50/50. He naturally gets the house because he owned it before we got married.

I begged him for a second chance. I even mentioned that I will do whatever it takes to earn back your trust and love but he ignored my pleading.

He said he wants these papers to be signed by Monday and he doesn’t want to involve any attorneys. If I try to fight the divorce he will release the affair content to all family and friends. Right now, he hasn’t told anyone about it except his ex-girlfriend. I get to tell my family and friends whatever I want regarding divorce. We just have to settle for a story to tell our children.

So after a depressive weekend of crying episodes, I just signed the divorce papers and my journey into the abyss continues.

P.S.: I don’t get why I am getting so many hateful comments. From what I have read, there are many people on this sub who love and adore their spouses but still crave the excitement of the affair. For me, this affair was just going to be a temporary thing. I know, what I did was wrong and if I could go back in time I wouldn’t do it but still I am not the worst person you guys are making me out to be.

I guess I should feel some pang of sympathy for her, but you know what? I don’t. She made her bed and now she can lie in it.