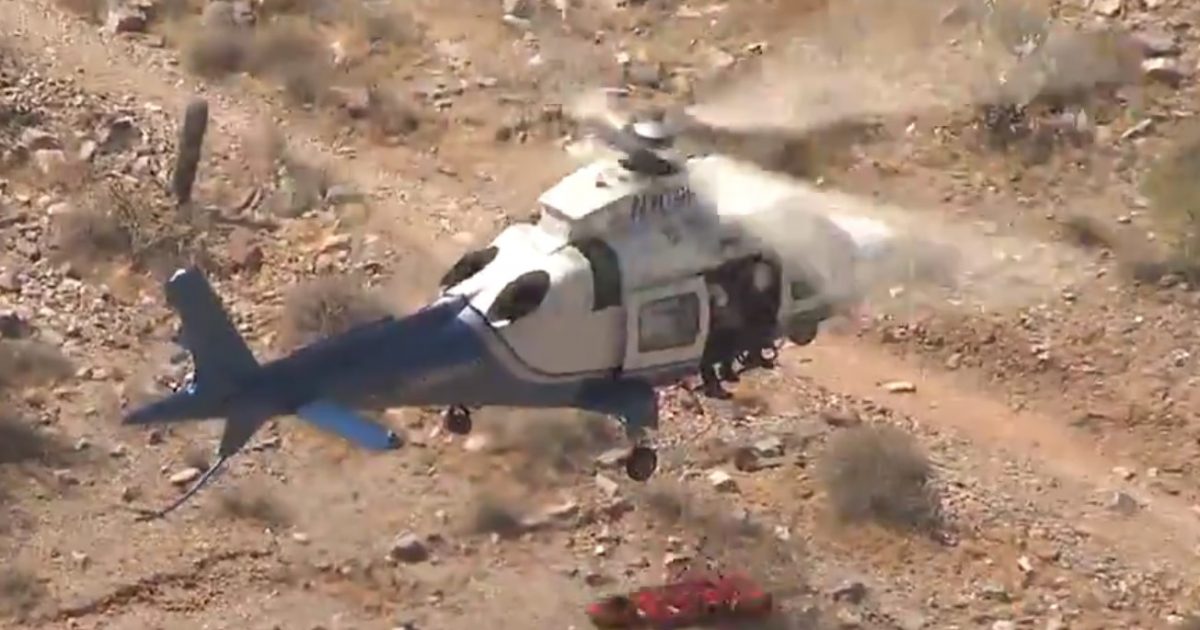 This reminded me of the lawsuits against the super-heroes in “The Incredibles.”

In our victim-oriented society, we’re now to the point where people are suing for millions because they don’t like how they’re rescued.

According to a notice of claim filed Tuesday, Katalin Metro was hiking Piestewa Peak on June 4 when she lost her footing and fell, injuring her nose, arm, and hip. Her husband, George Metro, called 911 and, responding firefighters ordered a helicopter to airlift Katalin Metro.

As Phoenix Mountain Rescue carried Metro off the mountain, the basket she was in began spinning out of control. Reports at the time said this went on for 60 seconds before subsiding.

…“As the basket comes up and hears the helicopter, the basket will start to interact with the rotor wash of the helicopter. That is when it tends to spin. It wants to windmill,” said Paul Apolinar, a chief pilot with the Phoenix Police Department.

“She suffered no ill effect from that spin other than being a little bit dizzy,” said Capt. Bobby Dubnow of the Phoenix Fire Department.

…According to the couple’s claim, the $2 million they demanded is necessary to cover medical and psychological treatment, pain and suffering and the loss of enjoyment of life.

Following her hospitalization for bleeding, bruising and swelling, the lawyers said, Katalin Metro, 74, has continued to receive physical therapy and occupational therapy for weakness and balance issues. The lawyers also linked her experience spinning from the helicopter to a subsequent bout of depression — requiring twice-weekly meetings with a psychologist — and ongoing anxiety.

WILD HELICOPTER RESCUE: Firefighters say a 74-year-old woman had to be flown off of Piestewa Peak this morning after she suffered an injury while hiking.

I’m sure being spun around like that was unpleasant, disorienting and scary. Of course, you could say the same thing about riding a roller coaster. Do you think someone deserves 2 million dollars for having a bad experience on a roller coaster?

Granted, people choose to get on a roller coaster, but if you fall down the side of a mountain and severely injure yourself, you don’t get to be picky about how you prefer to be rescued. You call for help and they get you off the mountain in the most efficient way possible. Are they supposed to send a team of men to piggyback ride an injured 74-year-old woman down the side of a mountain?