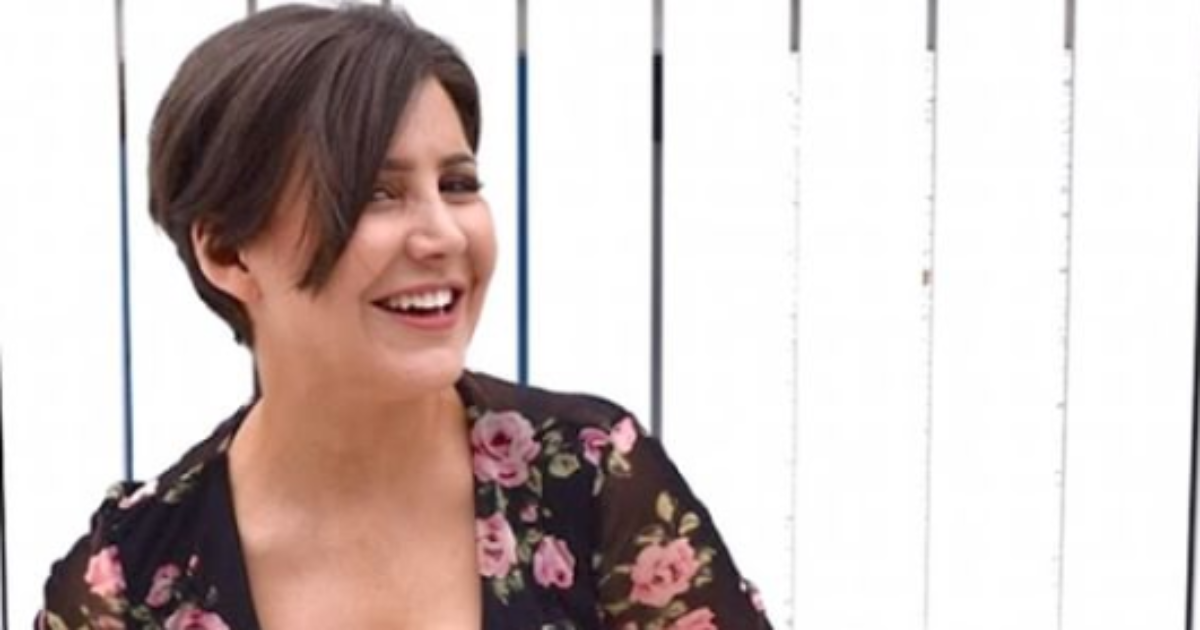 When people do weird/radical/outrageous things like this, they always claim it’s great and it makes them happy….until they can’t hide how badly they’ve screwed everything up. This woman? She’s got some issues…

An Australian woman who embarked on a sexual experiment and slept with seven men in a week after going through a divorce has revealed how it helped ‘heal her’.

Nadia Bokody, global editor of She Said, previously told how she would have sex up to seven times a day after splitting up from her husband of seven years.

First of all, I don’t care who you are, seven times per day is not normal. It’s just not. No normal healthy person, even with a high libido is enjoying having sex that much. More on that in a minute….

That being said, a lot of women go through a phase like this. Maybe they don’t take it to this extreme, but they want to see what’s it’s like to have sex like a guy or they want to feel powerful and desired. Maybe they just want validation, to experiment with this side of their personality or to try something new. But, you would be surprised at how many goody-goody, conventional, you better mind your p’s and q’s married women had a phase where they banged their way through some guys. I have heard enough of them tell me about that phase from their own lips to know that’s really a thing although they’re generally smart enough not to be blabbing this to the entire planet like this woman. But, back to 7 times per day gal and her story,

…Nadia previously told how she had six different men on rotation because she was ‘addicted’ to them.

Speaking on the Kyle and Jackie O Australian radio programme, she revealed the highest number of sex she had in one day.

‘I don’t think it’s anything astronomical but I would have sex maybe six or seven times in a day,’ she said.

Nadia then explained that she never thought she was a sex addict until she got together with her current boyfriend, Kynan.

Nadia was diagnosed while in mental health treatment as having Borderline Personality Disorder, which she is still continuing weekly treatment for at an out-patient facility.

‘I checked in with a therapist and he suggested I consider the possibility I had addiction issues around sex and that I was severely codependent,’ she told FEMAIL.

‘From there, I discovered and joined a group called Co-Dependents Anonymous, a support group who work on the same concept as Al-Anon, and eventually spent some time in a psychiatric facility, where I was formally diagnosed with Borderline Personality Disorder.

‘One of the common traits of people with BPD is hypersexuality and lots of reckless sexual behaviour, as well as an extreme fear of abandonment and acute emotional reactivity which can often result in suicidal ideation and self-harm.’

Although some people may think that having lots of sex sounds like a dream, for Nadia it was having a negative impact on her life.

‘It came to a point where it was really affecting my ability to go about my day… I was finding it very difficult to focus at work and at one point I left on my lunch break to have a casual encounter with someone I had just met online,’ she previously told The Morning Show.

‘Having that encounter was very lonely and very empty and I realised it wasn’t filling me at all.’

…At the beginning she found herself overly dependent on her boyfriend Kynan.

‘Only a few weeks into us dating he would leave to go to work trips for the weekend and sometimes even leave for the night and the emotional reaction I would have was so incredibly disproportionate,’ she said.

‘We were both starting to sense then that there was an over-dependence on his attention.’

Although Nadia doesn’t think sex addiction is necessarily something you want to be bringing up on the first date, you need to find yourself a partner who you feel comfortable being open with.

It doesn’t sound so much like the obsessive levels of sex are “healing” her here, does she? In fact, it sounds like it’s screwing her life up.

Let me also add that Borderline Personality Disorder is a nightmare. It usually starts out with her lovebombing him constantly to the point where he feels 10 feet tall in her presence. But then, her fear of being abandoned and tendency to see things as black and white causes her to go from “He’s the greatest thing on God’s green earth” to “He’s such an awful creep” over just about anything. Suddenly his amazing woman is a nightmare and he’s desperately trying to keep from setting her off while wondering how to get back the woman of his dreams from the start of the relationship. It takes a lot of patience to deal with a woman like that and chances are, it’s still going to go really badly almost no matter what he does. I actually feel sorry not just for the man in that situation, but for a woman with BDP because she feels like she’s found the perfect man only to inevitably be let down because her brain won’t let her be happy.