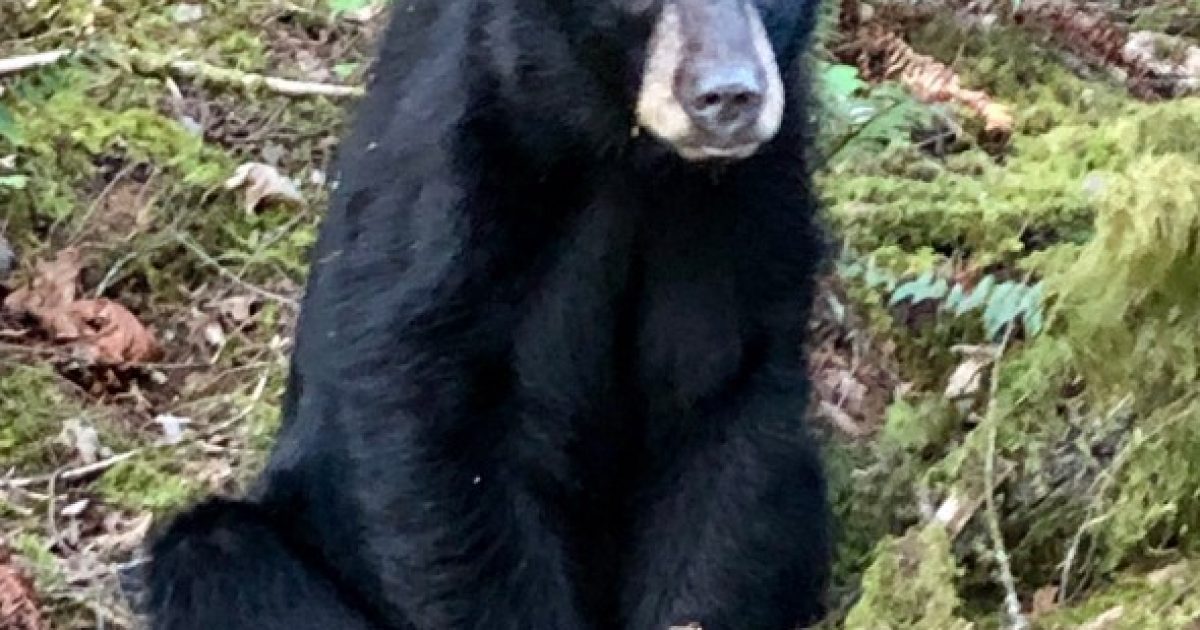 It’s a bad idea to feed wild animals in the first place, but that’s double for dangerous animals like bears. Once they start associating with human beings with food and lose their fear of us, you risk a mauling every time they approach someone looking for a few scraps. That is just what happened in Oregon,

A baby bear has been shot and killed after it became too used to taking selfies and eating food left by tourists.

….According to OregonLive, officers managed to move the bear away from the area and back into the woods, only for it to return the next day. Sadly, following the second encounter, the animal was shot and killed.

Wildlife biologist Kurt Licence reportedly attempted to trap and relocate the bear, who was found with piles of food, including trail mix, sunflower seeds, and cracked corn.

Reports also claim the bear didn’t run away when wildlife officials approached him.

In a statement, Mr Licence said it was unfortunate that the situation turned out the way it did, but warned tourists about the dangers of feeding wild animals.

Taking a selfie with a baby bear sounds amazing, right? Who wouldn’t want to do that? The same goes for feeding a baby bear.  However, baby bears turn into adult bears and an adult bear is capable of ripping your head off your shoulders the way you can open up the package on a Snickers bar. So, when you teach an animal like that to seek out humans, you’re creating a situation that’s likely to eventually lead to someone’s death.

So, it’s sad that this bear had to get the Harambe treatment because a lot of irresponsible jackasses thought it would be cute to take selfies with him, but those clowns didn’t leave them with a lot of choices. If you don’t have a rich guy or a zoo willing to take care of him for the rest of his life, either you find a spot so isolated he’ll never see another human, which really isn’t possible in the United States or you kill him to make sure he doesn’t take a human life one day.  Now that beautiful animal is dead. It’s tragic.