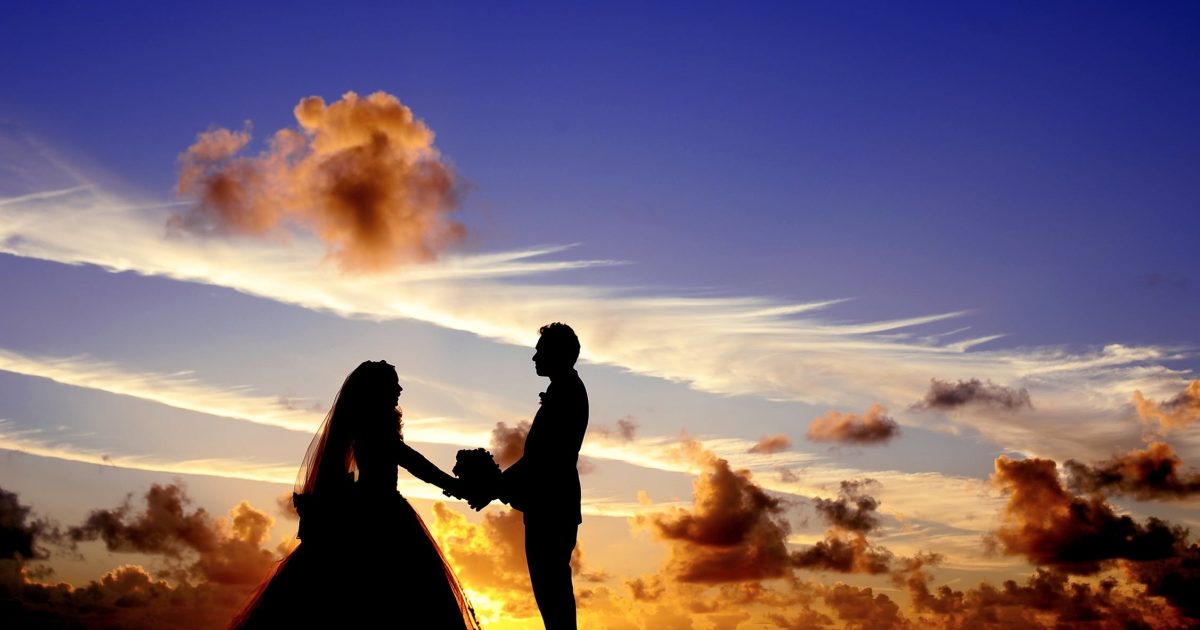 Over the last few decades, we’ve seen a revolutionary change in the way marriage works in America.

In your great-grandparents’ heyday, relationships were more about raising a family and making a living than love. That doesn’t mean there wasn’t any love involved; it just means the motivations were often a little different than they are today. Women wanted to get out from under the same roof as their parents and have kids. When a woman found a decent man who treated her well and seemed like he could provide for her and her children, that was often enough of a foundation to build a marriage. After all, the country was much poorer then, so her parents couldn’t necessarily support her and she didn’t have a lot of job options. A husband was the best financial option most women had back then.

Today, most women can take care of themselves and those who can’t have the federal government helping them, so they don’t NEED a man to take care of them financially. Combine this with the fact that financial opportunities for uneducated and unskilled men are dramatically reduced from the pre-shipping container/pre-computer age and marriage has been forever changed. That male dockworker can no longer support a family by himself and even if the wealthier, more educated female executive were to marry him (and she probably wouldn’t because he has less status than she does), the marriage would be far less stable because financial need wouldn’t hold them together.

This has a lot to do with why divorce happened much less frequently in the past. Not only was it a little scandalous to get divorced, a woman had a lot more worries about how to pay her bills if she decided to go her own way. That combination of financial need and social stigma held people together. Consider that “the 1967 crude (divorce) rate was 8.7 times as large as that for 1867” and it becomes obvious that marriage was a much more certain bet for previous generations of Americans.

As the need for financial security has fallen away, “love” has become the primary motivator of people who want to marry. The problem with that is that love can be one fickle b*tch.

For most people, that hot, passionate love driven by hormones that makes you crazy for someone else typically doesn’t last forever. Additionally, as people say, “familiarity breeds contempt.” When a woman is on year three of sex with the same person, she just picked his stained underwear off the floor again and what she thought were cute little idiosyncrasies early on have started to get on her nerves, “love” has turned out to be a much less effective cement than financial necessity. That’s very important because almost 70 percent of the time the woman is the one who files for divorce.

Given that we have a justice system that rewards women and punishes men at every opportunity during and after a divorce, it’s no surprise that women are more likely to be the ones ending the marriage. Courts heavily side with women over men when it comes to custody of the children. Chances are if you’re a man in a battle for custody, you’re going to lose and then you’re going to be forced to pay through the nose for the privilege of not getting to spend as much time with your kids as you like. Speaking of which, financially, the courts still act as if we’re in the thirties. Certainly, there could be a situation where a significant alimony payment would be the only fair solution, but that should be a fairly rare occurrence in this day and age.

Imagine a secretary who makes $30,000 a year who marries a CEO making 10 million dollars a year. Five years later, they get divorced. How much does she deserve? Most women would say “half.” At least “half” of what he made while they were together. The honest answer a lot of men would give you would be “nothing.” You know how much she contributed to the man’s success in his career? Nothing of significance. How much is she worth in the working world after the marriage? About the same as she was before, plus she’s had the advantage of having her much richer husband buy her things for years that she’ll take with her. Do you know what he should owe her in that situation after five years of marriage that didn’t work out in the end? Nothing, just like she owes him. Yet and still, in many states, her husband would be expected to keep her living in the “style to which she has become accustomed.” This is exactly the reason that any MAN WHO ALREADY HAS MONEY is crazy if he doesn’t insist on a prenuptial contract before a wedding. Is that romantic? No, but neither is giving a woman who hates your guts half your money. Does it imply you’re not 100 percent sure the marriage will last? Yes, it does, but in a world where divorce is so common, no one can really be sure a marriage will last anymore. You can claim otherwise if you like, but you’re just whistling past the graveyard. I’ve known women who divorced a husband because he lost his job and had trouble finding another one; because she wanted to relive her party years at 35 years old with two kids; because she decided her husband wasn’t manly enough; it goes on and on and on. What I am telling you is that there are no guarantees and your sweet, reasonable honey who loves you to death may decide she wants out of the marriage and turn into a monster once she has a lawyer whispering in her ear during the divorce. Guess what? Usually, the guy never sees it coming.

This can lead to a situation where you’re paying for the lifestyle of a woman who doesn’t want to be with you anymore and is using your kids as a weapon against you while you struggle financially. I know more than one man who has been in this situation. Almost every man does these days. Some people would tell you that’s just the price of marriage. “Hey, if she’s not worth that, then don’t get married.” But how often does the opposite situation happen? How often is a woman stuck paying the bills for her ex-husband while he has the kids after he decided he “just wasn’t in love” anymore? I’ve never heard of a situation like that, although I’m sure it has probably happened. This is an enormous risk that marriage entails for men, but generally not for women.

You also can’t underestimate the impact of having reliable female birth control and women pursuing their careers. Between college and many women trying to climb the career ladder, marriages are occurring later than ever. There was a time in American history when 80% of people were married by 21. That is no longer true.

Barely half of all adults in the United States—a record low—are currently married, and the median age at first marriage has never been higher for brides (26.5 years) and grooms (28.7), according to a new Pew Research Center analysis of U.S. Census data.

In 1960, 72% of all adults ages 18 and older were married; today just 51% are. If current trends continue, the share of adults who are currently married will drop to below half within a few years.

The longer you wait to get married, the less of a chance there is that the marriage will produce children. Take the potential of having children out of the equation and marriage is even less appealing to many men. Keep in mind that single women can now easily avoid pregnancy and have become much more promiscuous than they used to be. Does that mean every single guy is getting laid left and right? Not at all, but it does mean that sex is much more available to the average single man than it was 100 years ago. In other words, even if a man never gets married, he doesn’t have to forego sex. In fact, he has the opportunity to have sex with multiple women, an attractive proposition to most men that would be denied to him if he were married. On top of that, he doesn’t have to take on any burdens. He’s not financially responsible for his girlfriend. He doesn’t have to take care of the kid she had with another guy five years ago. There’s no potential for a brutal divorce if things don’t work out. Typically, women are the ones who grew up dreaming of the perfect wedding and the commitment that followed. Most men just grew up dreaming of having sex with beautiful women.

At one time, those two fantasies had to merge. When our society was less promiscuous, the man needed to get married to have regular access to sex. He got what he wanted and she got what she wanted. Is that still true today? The numbers say “No.”

So if you’re a man, getting married may very well mean LESS SEX and with the same woman instead of potentially sleeping with multiple women. It also means risking a soul-ripping divorce where the court system will be stacked against you. Oh, and don’t even mention the old, “Getting married? Wow, I’ll be treated like a king!” fantasy that men had once. Today, you’re more likely to be treated to demands that you do half the weekly housework.

When you look at that sort of thing, it’s easy to understand why some men are simply opposed to marriage. I am not one of those men, but I will tell you the scales have tipped too far against men in marriage. By that, I mean that unless something changes that shifts the institution of marriage back onto more favorable ground for men, marriage will have great difficulty recovering in America. Since marriage is one of the most important building blocks of a successful society, that’s something none of us should want.