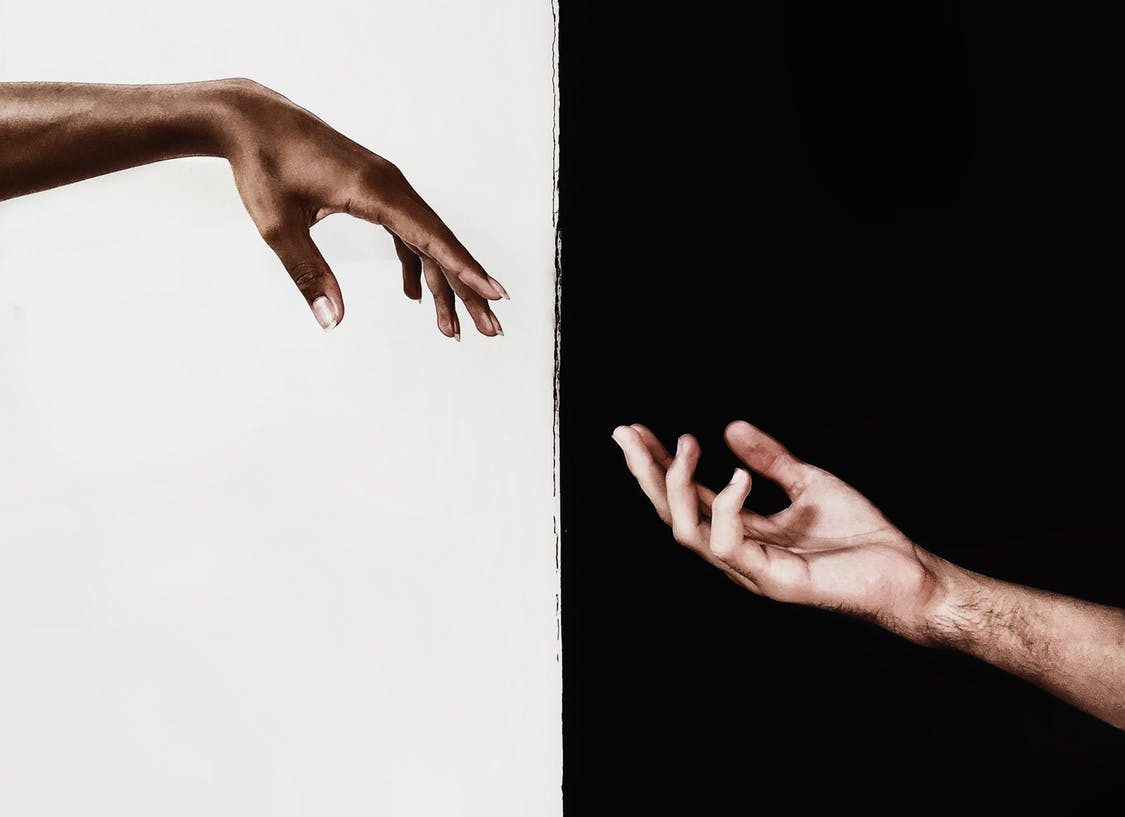 How is this a thing? Wait, I know how it’s a thing. It’s a thing because liberalism now insists that white Americans be ashamed of the color of their skin in order to be a liberal in good standing. So, white liberals end up competing with each other to prove who hates their whiteness the most. Towards that end, you couldn’t do much better than this:

Groups of white, liberal women are paying upwards of $2500 to confront their own “racism” and “privilege” over salad and spaghetti carbonara at “privilege” dinner parties hosted by a new group called “Race 2 Dinner,” according to The Guardian.

Race 2 Dinner is designed to “smash your white fragility” and help women confront their “complicity” in “oppression” in a confrontational setting, the group says, but with the added benefit of food and alcohol, and facilitators who are also white, so as not to cause upper crust progressives any undue discomfort.

The program is the brainchild of Regina Jackson and Saira Rao, both of whom are outspoken progressives. Rao even has a track record of social media outbursts (including missives about how the American flag makes her “sick,” and how minorities who disagree with her are examples of “tokenism” and “gaslighting”), and as a failed Justice Democrats candidate.

For $2500, Jackson and Rao will attend a dinner for 8-10 white women and confront the guests about their white privilege. They ask questions like, “What was a racist thing you did recently?” and “What is your racism?” so that the women, most of whom are professed Democrats, can dig deep into their own lives and accept their biases, “however subconscious.”

Incidentally, I’ve run across Saira Rao before on Twitter. She’s race-obsessed and blocked me after I gave this response to one of her typically insane posts about white people. 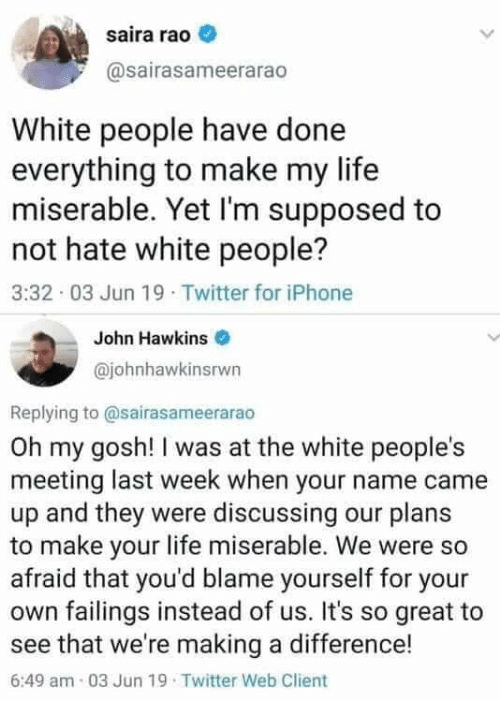 The whole idea that we should roll back the thinking on race in our country to where it was before the civil rights revolution in the sixties and judge people as a group, based on the color of their skin instead of on their individual merits is morally abhorrent and will produce nothing good. There may be a few white guilt-ridden SJWs that will put on the hairshirt and apologize to everyone for being white, but that’s never going to be anything other than a minority position. No one should ever have to apologize for their race and if you’re white, you’re no more responsible for Dylan Roof, Adolf Hitler, and Bernie Madoff than black Americans are responsible for OJ Simpson, Robert Mugabe, and Louis Farrakhan. Judge people on who they are, what they’ve done and the content of their character, not their skin color like SJWs and Nazis do.