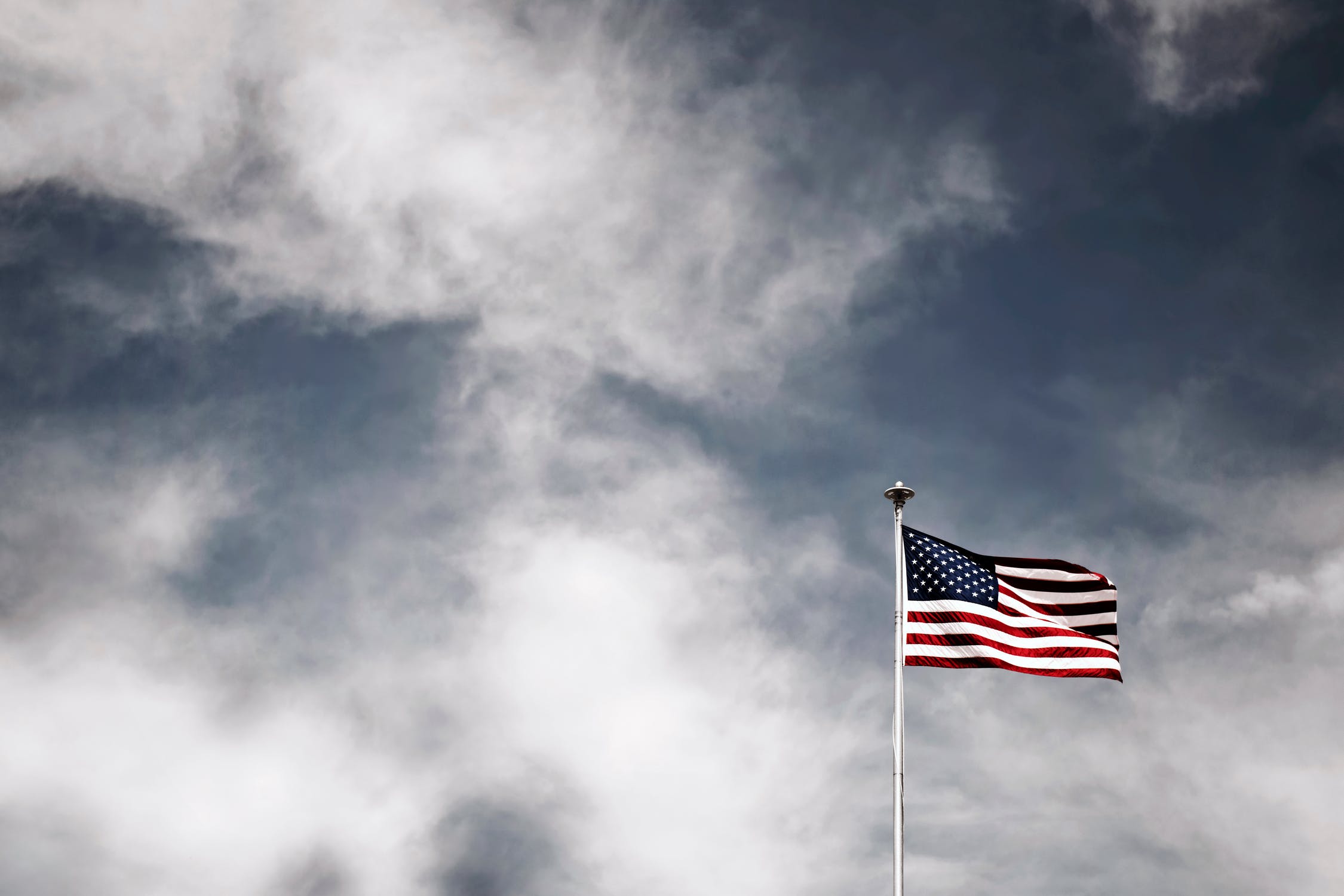 When I think about America, I think of the Founding Fathers who were willing to “mutually pledge to each other our Lives, our Fortunes and our sacred Honor,” to defeat Great Britain and make this a free country.

I think of John Paul Jones saying, “I wish to have no connection with any ship that does not sail fast; for I intend to go in harm’s way.” I think not only of the brave men who died fighting for their countrymen at the Alamo but of Sam Houston and his force slaughtering a Mexican force twice their size in retaliation during the Battle of San Jacinto. I think of Teddy Roosevelt getting shot in the chest by an assassin at a political rally and then FINISHING his 90-minute speech before getting medical attention.

I think of the line from George Patton’s speech that was immortalized in the movie:

“When you were kids, you all admired the champion marble shooter, the fastest runner, the big-league ballplayers, and the toughest boxers. Americans love a winner and will not tolerate a loser. Americans play to win all the time. That’s why Americans have never lost and will never lose a war. The very thought of losing is hateful to Americans.”

Americans toughed it out through the Depression, saved the world in WWI, WWII, and the Cold War — and then just to put a cherry on top of it, we put a man on the moon.

We live in a warrior culture. Our most popular movies feature gun-toting SEALS, ferocious cops who dispense justice one bullet at a time, and superheroes who throw tanks farther than you can throw a Frisbee. We love mixed martial arts and football where 300-pound behemoths slam into each other with enough force to break a normal man’s back on every play. Even our children play video games that quite literally allow them to rip their virtual opponent’s heart out and show it to them before they die. Despite all of that, this country has become increasingly soft and decadent. What the hell happened to us?

If you’re wondering how we got to the point where people at minimal risk of being harmed by the Coronavirus are not just staying in themselves, but are demanding that everyone else be forced to stay inside indefinitely to assuage their fears, think about what we’ve seen in America in recent years.

How did we get to the point where our politicians have handcuffed the greatest military in the history of Planet Earth to such an extent that we can’t seem to ultimately “win” wars anymore? How did our rules of engagement become so restrictive that we’d rather see our own men die or even lose the war rather than win and kill enemy civilians at the same time?

How did we turn into a nation where parents face jail time for letting kids play unsupervised in the park?

How did our colleges turn into romper rooms where pitiful mediocrities demand “trigger warnings” and “safe spaces” when they hear someone disagrees with them?

How have we gotten to the point where there are so many Americans who EXPECT OTHER PEOPLE to buy their food, pay off their college loans, chip in for the mortgage, take care of their healthcare and hand them a shiny, happy life wrapped up in a bow – all presumably because their very existence is so wonderful that we should be grateful to have them around?

How is it that the biggest complaint that most young women have about most men today is their stunning lack of masculinity?

How is it that so many people idolize cops and soldiers who do whatever it takes to get the job done on the big screen and then endlessly complain about the men who do that dirty, tough and chaotic work in the real world?

How did we get to the point where we reward and celebrate victims with gushing articles and GoFundMe accounts while many successful people are treated like they committed a crime by actually outperforming other people by a large enough margin to get a huge financial reward for it?

How did our political discussions and much of our culture become dominated by whichever pathetic wimps are fastest to cry out that they’re “offended” or that someone else is being “insensitive?”

Have we had so much financial success that we’ve become a silver spoon nation full of spoiled brats? Are we the trust fund babies demanding to spend the money from the family business as we see fit without ever paying attention to how it was earned in the first place?

If so, we better wake up because America can’t pay its bills and the higher our taxes and government spending get, the poorer our nation is going to become. The bigger the tick gets, the less blood there is for the dog. That’s doubly true since we’ve been hit with the Coronavirus. We’re driving ourselves into an economic depression, yet so many people think the government can still pay the bills for half of the country long-term despite sky-high unemployment and dramatically reduced tax dollars rolling in.

We are a society that has become so over-feminized that we’ve stopped embracing many of the more manly virtues that have made us a great nation.

Unfortunately, we seem to have forgotten that it wasn’t our wonderful communication skills and sensitivity to people’s feelings that made this a great nation. We became a superpower because we out-built, out-fought, and outworked everyone else.

Have we gotten so confident of our place in the world without the Soviet Union to challenge us that we believe being a rich superpower is our unchallenged birthright?

If so, then we should remember that today’s superpower is tomorrow’s Ottoman Empire. The haunting end of Shelley’s classic poem Ozymandias should speak to us…

And on the pedestal these words appear:

‘My name is Ozymandias, king of kings:

Look on my works, ye Mighty, and despair!’

Nothing beside remains. Round the decay

Of that colossal wreck, boundless and bare

The lone and level sands stretch far away.”

All of America hasn’t descended into mewling about First World problems and caterwauling about grievances previous generations of Americans would have laughed at. We have soldiers fighting for our freedom, a thin blue line protecting us from thugs on the streets, firemen risking their lives, hardnosed capitalists running their businesses and plenty of tough, independent, self-reliant Americans who work hard, play by the rules and who don’t need to be babied along or forced to stay inside “for their own good.”

If America’s future is going to be as bright as its past, we need a lot more tough people who can solve their own problems and a lot fewer wimpy, whining children masquerading as adults that want big daddy government to fix all their problems.