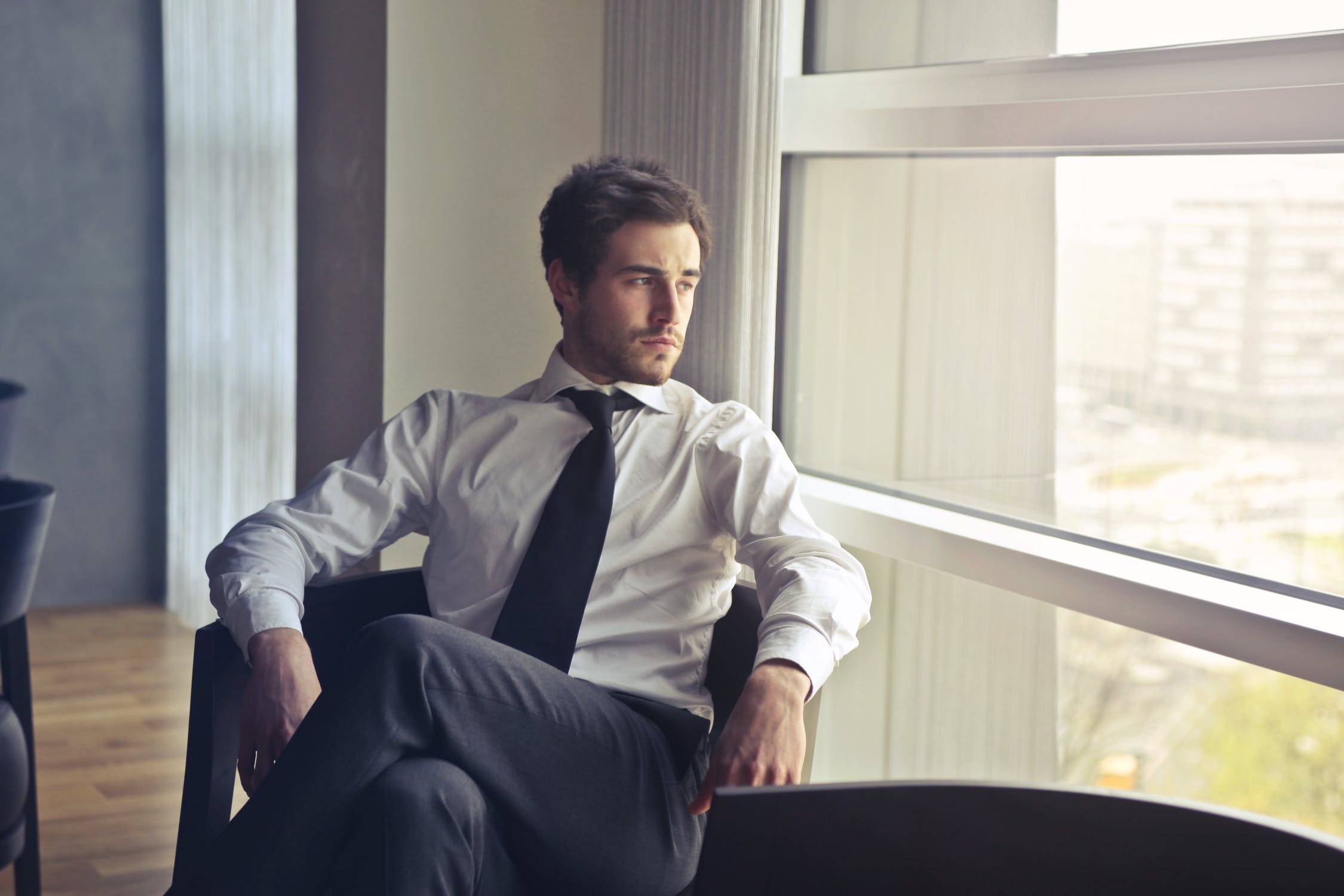 It’s great being 20-years-old, isn’t it? Well, that’s what we always tell ourselves when we get older. Everything back then was the “good old days.” But, if you’re honest about it, you’ll have to admit it was never quite as good as it seems in your head.

When I look back, it was actually a fairly confusing time in my life — well, compared to now anyway. I had no money, no idea of what I wanted to do after college, I was so-so with people in general, women completely mystified me, I was just becoming conservative, I had barely even touched the Internet and everything seemed very up in the air. Not that I was unhappy at 20 — I enjoyed life.

I was going to college at UNC-Charlotte, I liked the friends I was hanging around with, and I had managed to cram all of my classes into the middle of the week. That meant I had a 4-day weekend every week, which is admittedly pretty awesome. The classes seemed tough at the time, although they turned out to be a joke compared to working for a living.

Being 20 is not just an age though, it’s a mentality. The world is your oyster at that age. That’s the message you get from music, from TV, from movies. You see all these people up on the silver screen who are your age, who look like they could be your friends, who are doing all of these great things. Meanwhile, you feel young, vibrant, and almost invincible. Your whole life is in front of you and it seems like there are infinite possibilities.

For one thing, you don’t feel invincible anymore. Your metabolism slows down. Your body recovers more slowly. Bruises that would have disappeared in a couple of days take a week to heal. You get wrinkles. Grey hairs. You start to become aware of little chinks in your armor — little aches, weaknesses, and sore spots that seemed almost irrelevant at 20, that you have to start working around at 40 just to make sure they’re not a problem. You see pictures of high school classmates and are stunned at how OLD they look. That spurs the inevitable thought in your mind, “Do I look that old to them?”

This can be more disconcerting than you might realize.

It also has unpredictable consequences. It’s so strange, for example, the first time you look at an attractive 18-year-old woman and think, “She’s too young for me.” How about being invited to a party and thinking, “Oh, that sounds boring and I don’t want to stay out that late.” The same goes for watching an old TV show you used to relate to and thinking, “This is so silly. Those are a bunch of kids.” How about listening to music and thinking, “Who in their right mind would listen to this crap? This sounds horrible and I don’t understand any of the words!” What about watching a cartoon and thinking, “What the hell is going on here?”

You’re two steps away from yelling at the d@mn kids to get off of your lawn and you realize, “I’m THAT guy! But, that guy is OLD! How did I get to be THAT guy?” Then you turn on the TV and look at all the shows aimed at twenty-somethings and realize those people aren’t you. In fact, TV is so youth-centered that you’d practically figure your life is over at 40.

Of course, the truth is brighter — slightly. Your life is probably HALF over. Maybe a little less. American men currently live to 76.3 and women live to be 81.4.

This is where the dreaded “mid-life crisis” can come into play.

A “mid-life crisis” is really just a reevaluation of your life after you come to recognize that you’ve probably reached the middle of your life. Most people don’t think about it in those terms at 20. “Oh, my life is probably one quarter over.” It feels like you have FOREVER.

At 40, you actually start to see the trajectory of your life from the present day, all the way to the grave and you start asking yourself some hard questions. Did I pick the right career? Do I want to stay on the same path from now until I die? Am I ever going to fulfill those childhood dreams? What legacy am I going to leave to the world when I’m gone? Am I missing out on anything?

The answers to those questions can prove very disturbing to some people. It can end marriages, start a flurry of wild oat sowing, cause personality shifts, send people into downward spirals, cause them to give up entirely, or alternately inspire them to new heights. You start to realize that health is a finite resource. So is opportunity. So is energy. So is time. Being 40 is a little voice always whispering in your ear, “Go faster. Push harder. Try to reach your limits and go further. Time is short.”

The good news is that you know a lot more about life at 40 than you do at 20. Part of that is just raw knowledge, but actual experience is the really irreplaceable thing. Deeply loving another human being, being the only person for miles in a forest, having a gun pointed at you, trying and succeeding, achieving dreams years in the making, doing things nobody else seemed to think you can do — some things you just have to feel if you want to truly know and understand. Still, if you’re around long enough, you start to realize there are no magic bullets. When you’re younger, you may think if I had money, a big house, a beautiful woman, a dream vacation, could have thousands of people listening to me, could have this experience, talk to that person, do this thing, then everything would be WONDERFUL.

The truth is that’s all bullsh*t.

It reminds me of a coat I wanted when I was 18. It was leather with an American flag on the back and I thought it was the most amazing thing I had ever seen. I couldn’t afford the coat and that upset me so much, I kid you not, I got choked up and a tear rolled down my cheek. To me, that coat wasn’t a coat, it was a representation of all the things I wanted that I just couldn’t have. Long story short, I got my heart’s desire and…I didn’t wear it all that often because it was leather and Charlotte has mild winters. After a couple of years, someone stole the coat from my dorm room. I wasn’t particularly happy about that, but I wasn’t exactly broken up either. I certainly didn’t make any move to go buy another coat. Today, when I think back about that coat, the first word that comes to mind is “cheesy.” This is what life is like. It always looks greener on the other side of the fence, no matter which side of the fence you’re on. That’s not to say that nothing will bring you pleasure long term in life, but be careful what you use to try to fill gaps inside of you because over time, no matter how permanent it seems, it will probably turn out to be a patch. That’s why you better learn to like yourself and enjoy the day-to-day journey, instead of reaching for a brass ring that’s going to almost inevitably disappoint you in the end.

If you’re 20, all of this probably sounds perfectly awful or perhaps just implausible. By the time you’re 40, you’re going to be on a yacht somewhere getting a massage from your hot spouse, thinking about your next vacation and how you’re going to cure cancer while you’re listening to the wonderful news about how a new cloning breakthrough will allow everyone to live until 400. I certainly hope that’s how things turn out for you. But, if you have a more conventional lifestyle at 40, just remember that’s not so bad either.

Once you get to this age, you know yourself better, you don’t care as much what other people think of you, hopefully, you won’t have a spool or a couch you found on the side of the road in your living room, and you’ll have enough experience to actually start to get a handle on life. Plus, there are a lot of rewards in life that go beyond what you’re going to see at a party, drunk at a club at 2 A.M., or on MTV. Being middle-aged isn’t the end of the good life, it’s just another chapter of the book that will be the story of you one day.