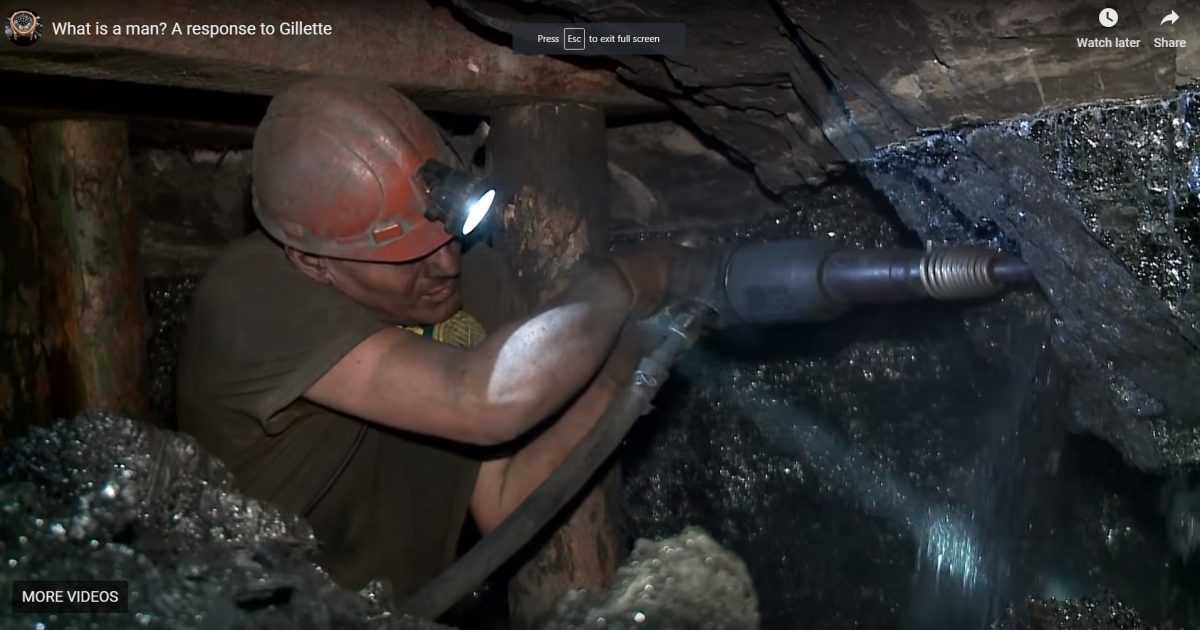 After Gillette’s “Almost all of you men are trash and oh, buy our razors” ad, a lot of men were unhappy with Gillette. That left an opportunity for another company to step in and gain a little goodwill. Unexpectedly, it was the Egard watch company that took the opportunity to do a pro-men ad. It wasn’t bad at all and unlike the Gillette ad, the reaction to it was overwhelmingly positive.

My friend Karol Markowicz thinks the Gillette ad could end up being a turning point for American men,

“It’s just an ad!” doesn’t fly. Would women shrug off “just an ad” that treated femininity as something inherently bad and in need of modification? They wouldn’t. Women accept far less criticism from advertisements than men do.

In 2015, a company called Protein World released an ad for a diet supplement featuring a fit model in a bikini and the words: “Are You Beach Body Ready?” The backlash was swift. The ad was defaced again and again in the NYC subways, and the city of London went so far as to ban “body-shaming” ads on the Underground.

If there was a moment in time when women collectively decided that they would no longer stand for being body-shamed, that was it.

Similarly, the response to the Gillette ad feels like a dam breaking. This might be the moment when men have finally had enough.