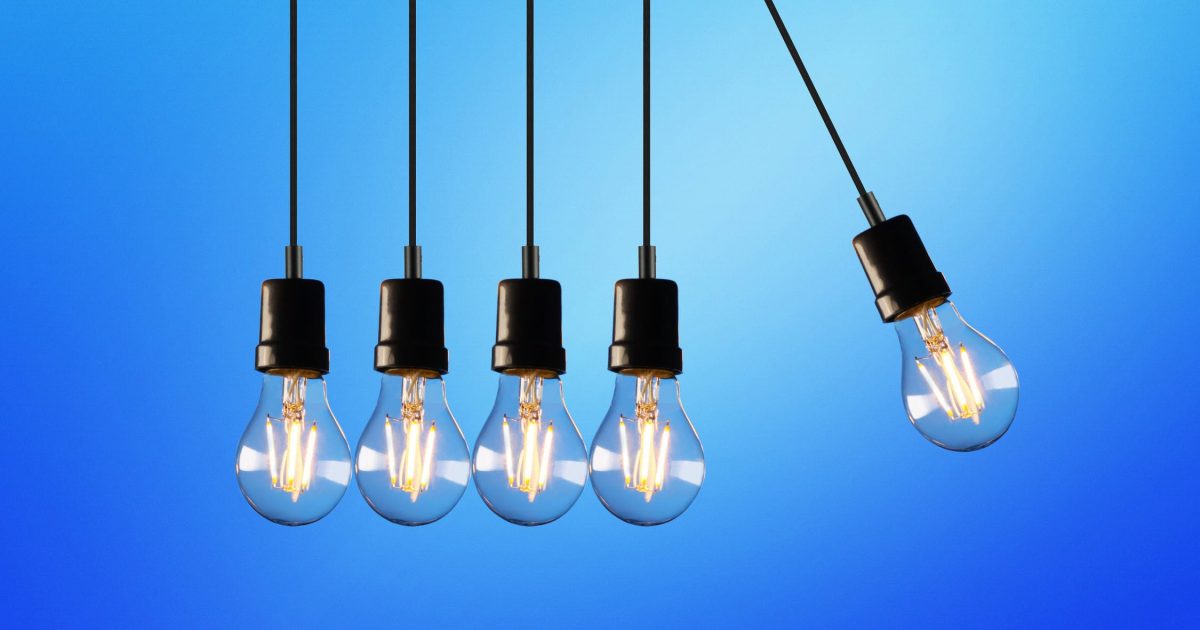 Via Reddit comes this story of a prank that sounds a little like…..attempted murder. 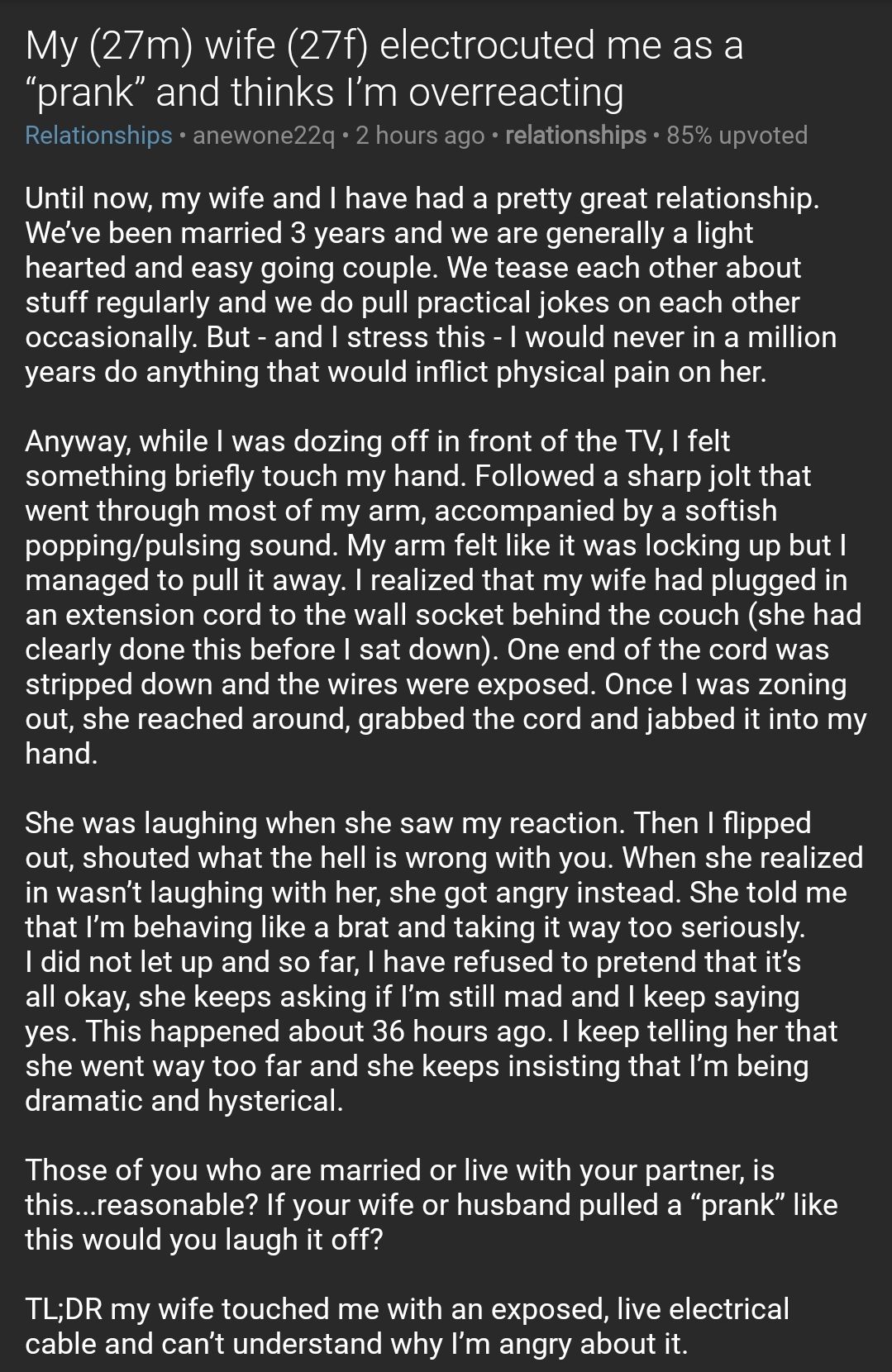 When you read the word “electrocuted,” you probably thought a joy buzzer or a TENS unit was involved. Exposing the wires in an extension cord plugged into a socket sounds closer to an attempted murder than a prank. While opinions vary on how dangerous it is to be shocked by the juice coming off a 120v outlet, there are people that have been seriously injured and even killed by it. Moreover, if you asked the average person, I would bet you at least 95% of them would assume that it is potentially deadly to be shocked in that fashion. So that means she probably is making that same assumption.

Granted, she may simply have terrible judgment or some as-of-yet unexplained reason for thinking he wouldn’t be seriously hurt, but I do think at this point he has to at least consider the possibility that his wife was trying to murder him. That’s a Hell of a thing, but you unapologetically do something potentially lethal to your partner, it raises questions. Questions that need to be answered before you eat the food she makes, let her clean a gun in your presence or before you walk in front of her while she’s driving the car.