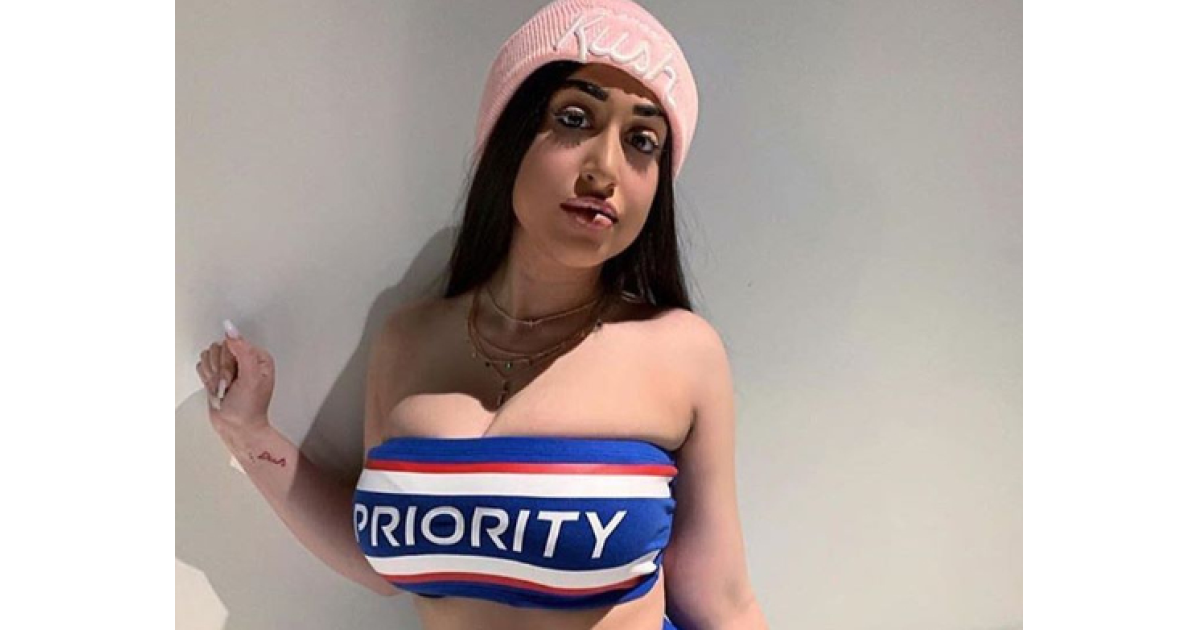 After this video went big on the Internet, she has caught so much flak that I almost don’t want to pile on. Almost. But…

In the video, Jessy Taylor can be seen in floods of tears as she warns people to ‘think twice’ before reporting her because her Instagram account is how she makes her money, and a 9-5 job is not for her.

…It’s not clear why Jessy’s account was deleted, or why she was being reported, but she said she could never go back to ‘work a normal job’.

She said: “I was a fucking prostitute… I don’t do that anymore because I make all my money online. I don’t want to go back to that life.

“What some of you guys have to realise is I have no skills, I’m twenty-fucking-thousand dollars in debt from college so I can’t even go to college if I wanted to.

“I used to work at fucking McDonalds before I did YouTube, Instagram, before I had 100,000 followers, before I had everything in my life I was a fucking loser.

1) I think my favorite line has to be, “The last thing I want to do is be a homeless prostitute on the streets doing meth!”

2) It stuns me that you can make a living in LA of all places off of 100,000 Instagram followers and some online thottery.

3) This whole developing culture of giving women money for posing online is bizarre. You are talking about a former prostitute here. If you had to choose between paying a former prostitute money just to look at pictures of her naked and paying a current working girl to have sex with you now, the latter seems to make more sense. Not saying you should do either. In fact, you definitely shouldn’t do either, but what are the men giving her money thinking?

4) Last but not least, this whole thing seems really unhealthy for everyone involved. Here’s a woman who admits she has no skills and such a defective personality that she can’t hold a job as anything other than a prostitute and there are sad men that I assume don’t have girlfriends paying money just to see her pose naked as if there is any commodity on the Internet more common than a naked woman. It just seems toxic on both sides of the equation.