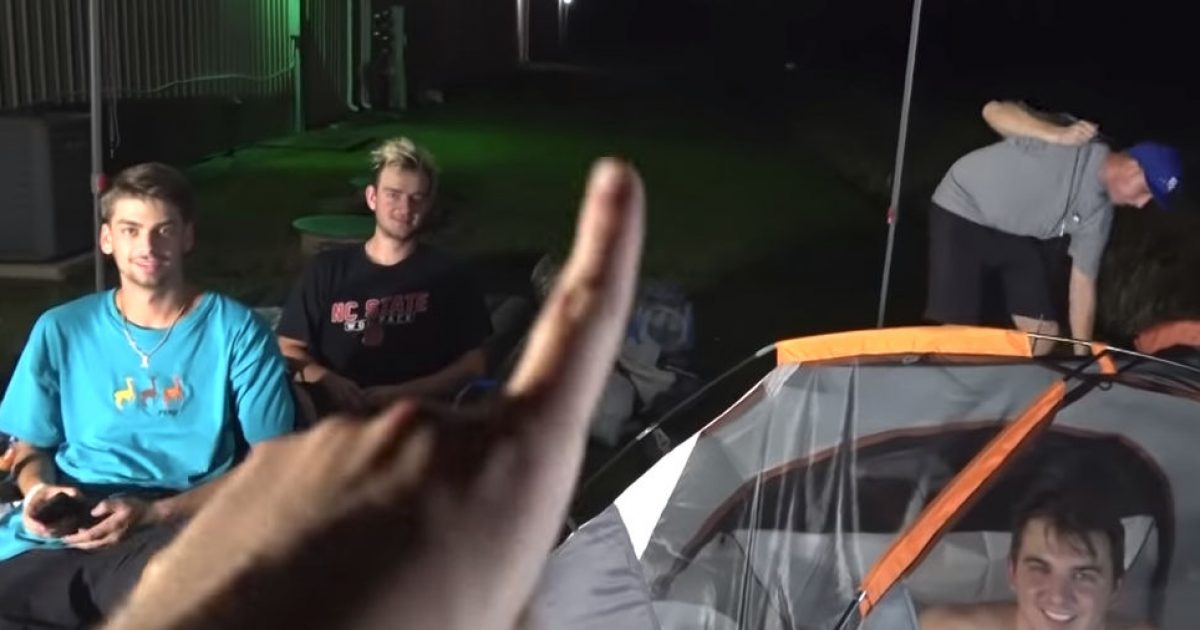 Putting up $10,000 to see which of your friends will camp out in a circle for an hour is a great idea for a video. So great, it got 29 million views. So, the guy who came up with this idea? He’s a genius. His friends? Three out of the four of them are sad. Pathetic. What a bunch of losers. There were 4 of them and do you know how long the winner had to wait to collect his $10,000?

To go full time writing on my old blog, Right Wing News, I put in roughly 40 hours a week for free for four years for very little money. I’m pretty sure that I didn’t make $10,000 for the first three years combined.

If these clowns could only put in that long, they deserve to fail. When it’s time for you to work, are you a winner or like these guys? Only you know the answer to that.