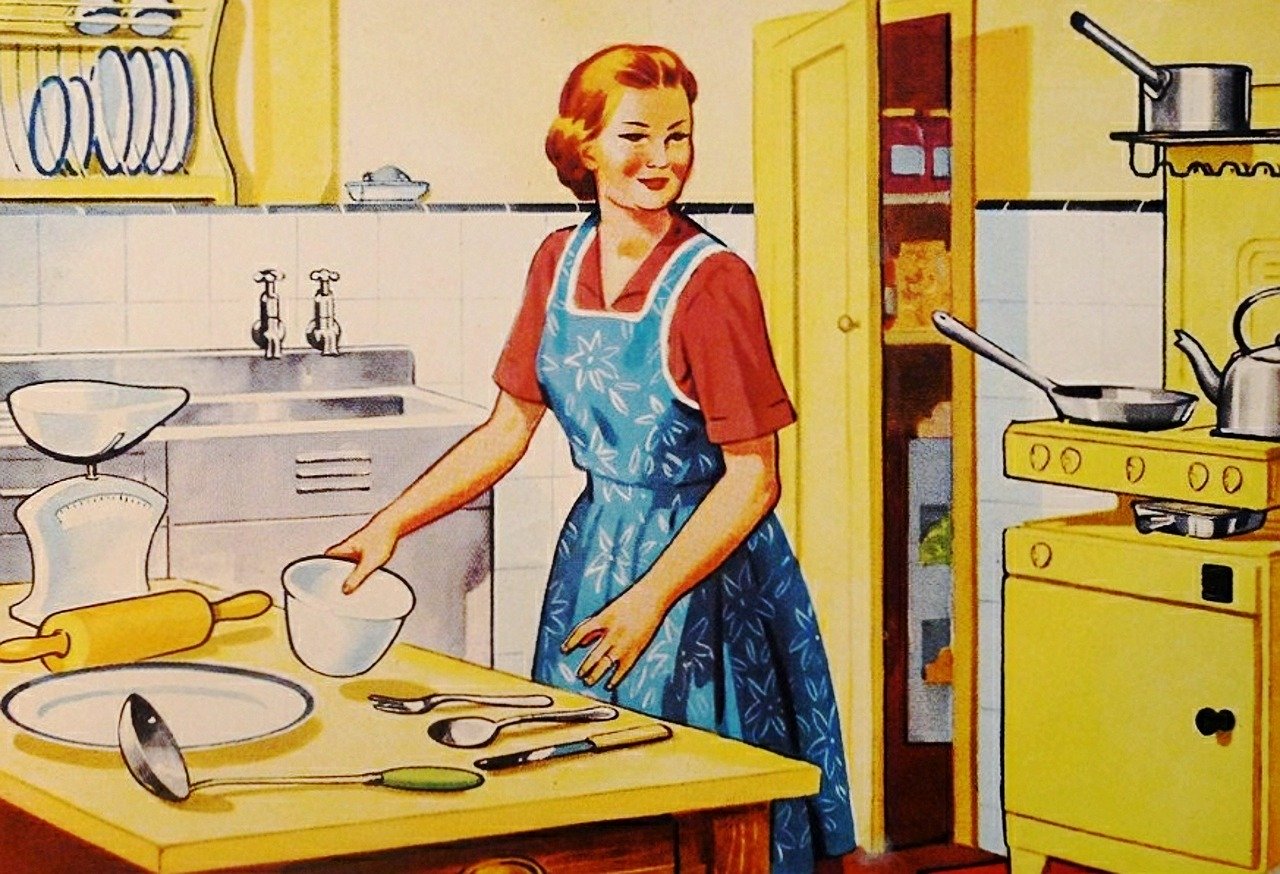 This is fairly typical, but it also brings up a larger point:

A woman who dreams of being a housewife sparked a heated debate after she shared her desire to be ‘looked after’ by a man.

Posting anonymously on Mumsnet, the British woman explained that being a housewife in a marriage with a dominant man would make her feel ‘safe and secure’.

‘I’d be happy to be a housewife and have no say in finances, not work etc,’ she wrote. ‘I like it when a man is stronger than me, when he is an alpha male.’

The post divided opinion, with dozens of users warning the woman that she sounded like a ‘doormat’. However others agreed with her viewpoint and reassured the woman there is nothing wrong with wanting to be looked after.

Sharing her controversial aspirations, the woman wrote: ‘I like being looked after by a man. Physically, emotionally, financially. It makes me feel safe and secure.

‘I like being the ‘damsel in distress’ and I’m happy to be rescued by a man. For example if I broke down on the motorway and a man helps me change a tyre.

‘Not controlling, but dominant. I like that that there are differences between the genders and being seen as the fairer and, dare I say it, weaker sex.’

A flood of responses blasted the admission as they warned being a housewife can be a vulnerable position and some labelled the woman ‘childish’.

One person wrote: ‘The trouble with being a doormat/ trophy wife is that you’l often attract controlling men. Added to that in the even of separation you’ll probably get nothing, unless you bear his children, in which case you’ll get a lot of money from him.

‘Doesn’t make you sound very nice. It’s ladies like you who make normal women feel angry. Women have fought for decades against this female dependency on men.’

Another said: ‘Sounds like you’d be very easy to take advantage of and you’d be very vulnerable. The kind of man who would be attracted to such a wet personality wouldn’t appeal to me at all.

‘What would you do when he ran off with someone younger and sexier with a bit more about them? You’d have no money, no skills, no life experience. ‘

First of all, her attitude is healthy, normal, good and it used to be pretty much the standard. Not only was our society healthier when that attitude was the standard, let me just note that WOMEN WERE ALSO MORE APPEALING TO MEN when her attitude was typical. I’d 100 times rather be with a woman like that than some woman who incorrectly thinks she’s a good catch because she’s grinding out 60 hours a week as a middle manager somewhere.

Let me also note that there is a grain of truth to what the critics are saying. She is taking a risk by going that route. If she’s a stay-at-home mom and things go south when she’s thirty, she can’t fall back on a career she put on the back burner. What they don’t note is that building a career is just as big a risk, if not more so, it’s just a different kind of risk. If you want a high-quality man, 2.3 kids, and a yard with a white picket fence, her strategy is much more likely to get it than working your way up the corporate ladder. Percentage-wise, it’s the women that commit to that lifestyle when they are younger that are more likely to get the best guy, have the most kids, and be successful on the home front. That shouldn’t surprise anyone since career women are essentially saying “I am putting my career first and will get back to that when I feel my biological clock ticking.”

There is no such thing as a life without risk, but you do have some input into which risks you’re going to take. A woman dreaming of being a housewife is probably closer to having her priorities in place for a happy life than a woman who prioritizes a career.