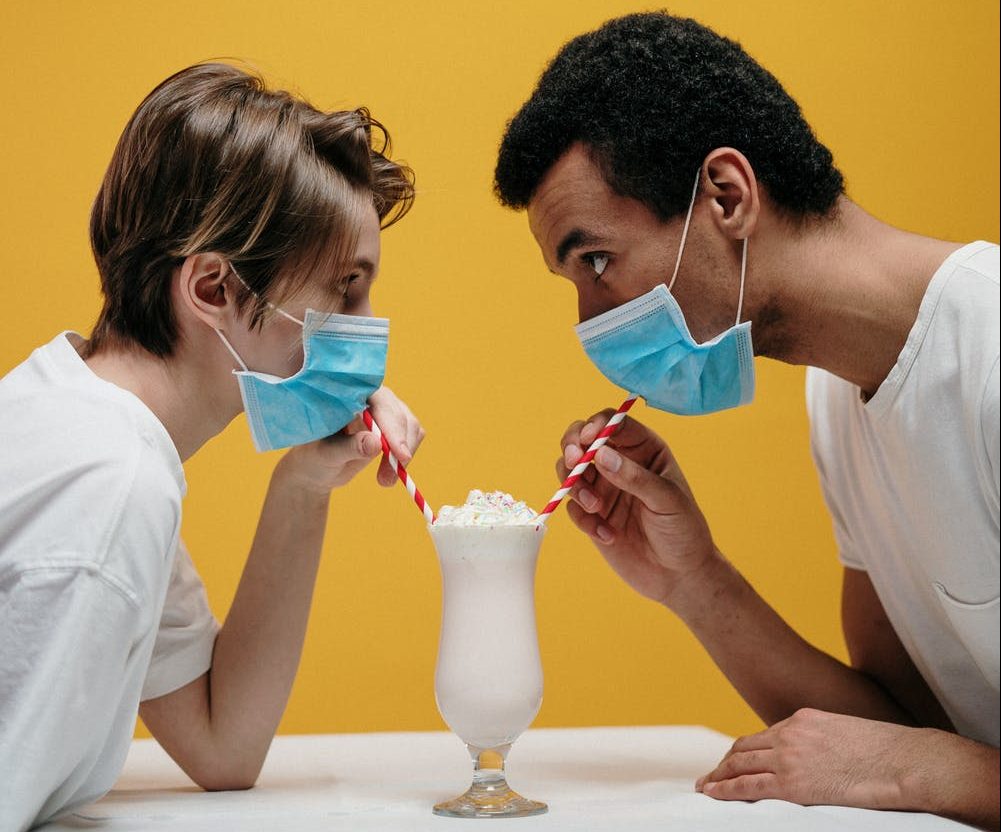 I’m always dubious of articles about “new trends” in dating because most of the time it turns out to be complete bullsh*t. Someone hears about 1 or 2 cases of something happening and next thing you know, it’s a “hot new trend.” That goes double for this “trend” because people tell white lies in relationships ALL THE TIME. That’s just people. You like someone, you want them to like you and so, you fudge a little bit.

As described, this goes a little beyond that, but is it real? Is it more than a handful of people? Who knows?

“Wokefishing”, put simply, is when people masquerade as holding progressive political views to ensnare potential partners. A wokefish may at first present themselves as a protest-attending, sex-positive, anti-racist, intersectional feminist who drinks ethically sourced oat milk and has read the back catalogue of Audre Lorde, twice. But in reality, they don’t give a shit. Or, as is often the case, they are actively the opposite in their personal lives. It’s sort of like catfishing, but specifically with political beliefs.

…Tom*, 23, is from Bristol, and has a lot to say about being wokefished. “I remember on my first date with this guy, we spoke about racism in the UK. Over the coming weeks we spoke a lot about diversifying the curriculum and issues surrounding the monarchy. It was all great! But then we passed the honeymoon phase and, oh boy, did this guy turn out to be something else,” he says.

The guy Tom was seeing was definitely not putting his words into practice. “As much as he would talk about being progressive, he would laugh at racial slurs. It was like he used being a ‘social justice warrior’ as a personality trait, but did the exact opposite.”

…Hannah, 19, was in a relationship with her ex for six months. Like Tom, she thought her and her partner shared common ground to begin with. “When we first started talking, he spoke about how awful he thought the ‘whiteness’ of his education was, and how he wished the south of England [where he was from] was more diverse.”

But things quickly went downhill and in the most extreme way possible. “He introduced me to his home friends as ‘his dirty Arab girlfriend’ and passed it off as a joke,” she remembers. “Then one day, he sat me down, started crying and told me he used to be involved with Nazi groups. He said before he’d met me he wouldn’t have wanted to marry a non-white person because he’d thought – quote – ‘mixed race children were impure’.” Hannah broke up with him shortly after.

…Zara, 23, was wokefished too. After being in a relationship with her ex for a year, she realised that some his views seemed really off, in a way they hadn’t to begin with. “[Initially], he seemed very philosophical, artistic and well-read. He was passionate about the environment and staunchly opposed the likes of Jordan Peterson,” Zara recalls.

“However, he would want to debate every argument and play devil’s advocate the whole time. He didn’t accept that some things are fundamental to people’s identity and not up for questioning,” Zara explains, pinpointing the moments when his true colours began to show. “Once he tried arguing with my queer best friend that straight people were as oppressed as gay people. I found the incessant need to debate exhausting and often upsetting, and he never acknowledged his own privilege.”

Zara eventually ended things after realising that she “didn’t realistically have enough in common with him”.

Beyond her having some guy overplaying his liberalism to her when she was 17, those are all the examples and who knows? Are they unusual examples? I would assume the white supremacist dating the liberal Arab girl is. On the other hand, I have no idea what dating is like for those guys. If you are that far out on the fringes, maybe it’s an ‘any port in a storm’ kind of thing.

As to the rest, are they just liberals who just weren’t as far to the Left as their super woke girlfriends? Male feminists, who are already notorious for adopting feminist positions to get laid? See Harvey Weinstein, who always portrayed himself as a feminist. Maybe they’re just people pleasers? Who knows?

In any case, there’s a reason you have a long lead up time before you marry someone and it’s because relationships have a honeymoon phase. It typically takes a few months to see what someone is really like. If you’re a feminist wacko who gets upset that your boyfriend will never acknowledge “his own privilege,” that may not come out in the first few dates.

Guys lying to get laid is a story as old as time, but why would any man want to do it long term to be in a relationship with a feminist?

“Men are just the worst, aren’t they?”

“The only thing worse than a man, in general, is a straight, white man with all their horrible privilege.”

It sounds hellish. If the choice was that or being alone, being alone doesn’t sound so bad.