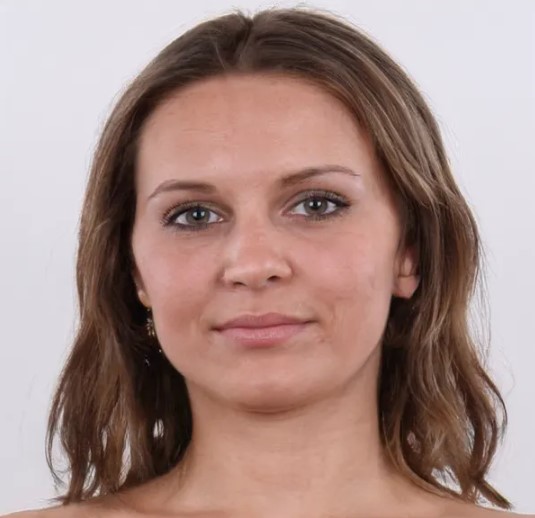 I have so many questions. For example, in a world full of an infinite amount of free pornography, why would someone want an AI-generated nude? Incidentally, we’re just talking about topless pictures and there isn’t even a lot of variety. What’s the market for this? Just people who want to try something novel? Guys, who want to see naked women, but feel guilty looking at real women? I have no idea.

Incidentally, the hyper-feminist take on this whole thing by the female author writing about this was weird…

A bizarre startup selling AI-generated nude images of women for a dollar per photo thinks it might be at the forefront of a pornography revolution.

These Nudes Do Not Exist (the images on the site are not safe for the workplace) is trying to break ground in the world of online nudity by offering its visitors stills of computer-generated women from the breasts up. … “Long term, however, the goal is to have complete 3D rendered AI-generated models capable of creating custom photo and video content.”

…The site uses Generative Adversarial Networks (GAN) algorithmic technology to generate the nude content. The AI is trained on a slew of photographs of naked women so that it can produce new, unique versions of what it has learned to view as a nude woman. The current database that the AI is trained on contains images of almost entirely white women, typically between the ages of 20 and 40.

“That wasn’t because of any choice on our part so much as it was just because that’s how the well classified datasets ended up shaking out,” the co-founder told Cole. “We were very careful to use only public domain or purchased data sources from reputable providers. While we will add men in the future, the truth is there’s not a lot of demand for male nude pictures.”

…”Lack of demand” is an excuse that has been used before to justify technology that supplies exclusively female bodies to meet (typically male) sexual desires. Some examples include the highly controversial California company RealDoll that sells female sex robots and the vile app DeepNude that could algorithmically violate real women by unclothing images of them without their knowledge.

On one hand, These Nudes Do Not Exist offers naked images of women for those wanting to obtain them without violating the privacy of real-life women. On the other, it continues down a deeply troubling path of male-headed companies commodifying women’s bodies, even if in this case they are AI-generated bodies.

…However, despite those precautions, it’s still hard to believe that absolutely every image being used for the computer-learning dataset is from a person who gave consent for an image of their body to be used to create an AI-woman for two real men to capitalize on. Whichever way you spin it, this startup is men profiting off of female bodies. You could just, you know, pay real women for their real nudes.

Is “lack of demand” for male nudes an “excuse” or just reality? Are there female simps going to male cam guy websites to pay them money to look at them naked? Maybe some feminists should create one and then they can be the ones “commodifying” men’s bodies? Of course, if there were any real profit in it, some guy would have already done it. In fact, maybe they have and I don’t even know about it. Of course, it was popular, they’d be everywhere.

You almost have to wonder if this laughable feminist bluster is a cover for something deeper, like a fear of being replaced by technology. After all, if the promise of sex is a woman’s most valued asset and men can get that need met more effectively by a robot, customized pornography, or who knows, maybe even virtually, then the value of women drops considerably. Would it be healthy or good for guys to be ignoring women to spend more time with their favorite virtual/robot thots? Absolutely not, but it’s already starting to happen to an extent.

Pornography IS a competitor to women. There are men staying at home, using pornography instead of seeking out women. There are men in relationships using pornography every night and having sex with their real-life wife or girlfriend, once a week. Happily for women and for that matter, all of us, it’s a poor competitor. In the future, when we get to the point where guys can spend a $1000 to buy a virtual contraption that allows them not just to feel the action, but to construct any scenario they can imagine featuring them, Scarlett Johansson, Emma Watson and the hot cheerleader they had a crush on in high school, that’s when things may start to really break down in ways that we can’t even imagine today and guess what? That day is not just coming, I’d be SURPRISED if something like that doesn’t exist in a decade or two.