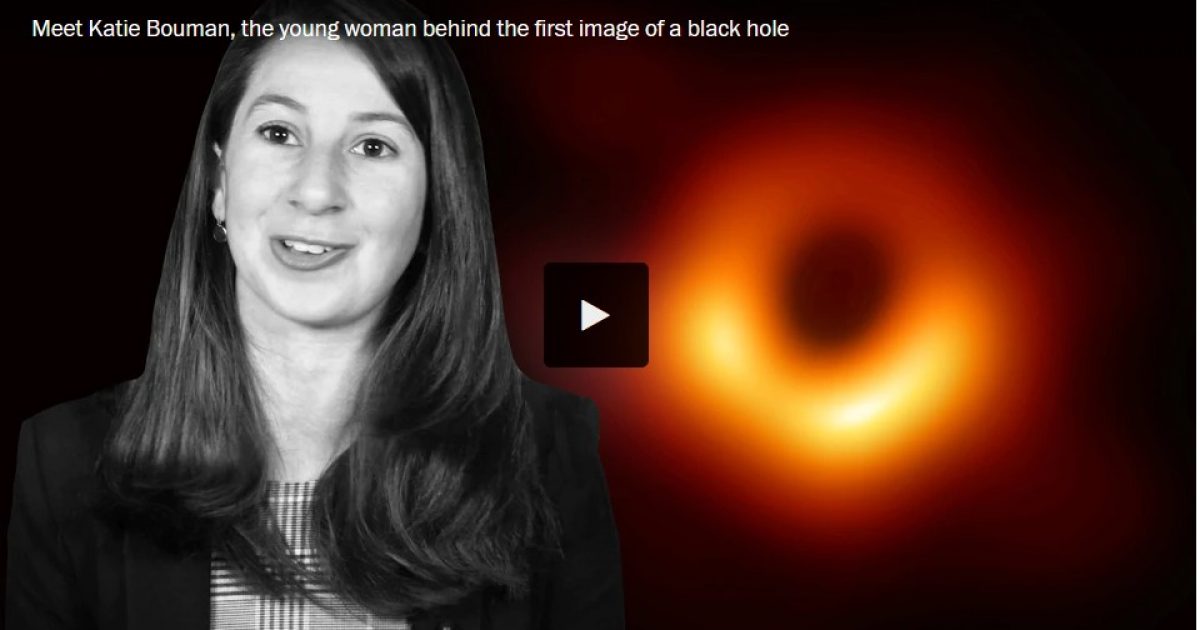 Sometimes, the truth is just too sexist to report.

At least that’s the gist of this story at the Washington Post that rather bizarrely simultaneously continues to try to give Katie Bouman all the credit for the black hole picture, slams people saying anything differently as “sexist” and then notes she’s just one person out of a team of people responsible for the photo.

I know, I know. That sounds BIZARRE. Yet, the title of it is, “Trolls hijacked a scientist’s image to attack Katie Bouman. They picked the wrong astrophysicist.” It also includes this video. Note the title of the video. 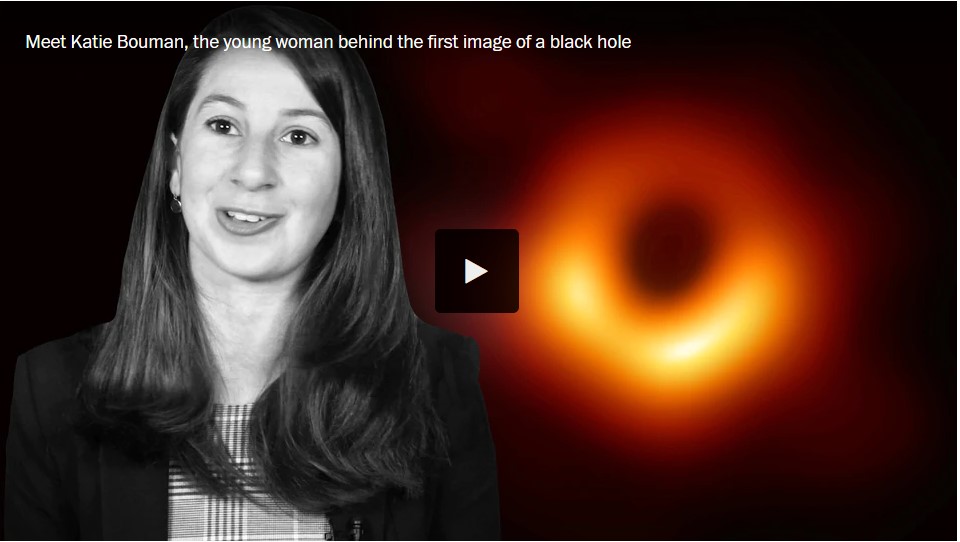 As the world stared in wonder this week at the first image of a black hole, a new star was born here on Earth: Katherine Bouman, a 29-year-old postdoctoral researcher who developed an algorithm that was key to capturing the stunning visual.

On the ugliest corners of the Internet, however, this sudden fame for a young woman in a male-dominated field couldn’t stand. A corrective was quickly found in Andrew Chael, another member of the Event Horizon Telescope team, who, not coincidentally, is white and male.

On Reddit and Twitter, memes quickly went viral contrasting Bouman with Chael, who — per the viral images — was actually responsible for “850,000 of the 900,000 lines of code that were written in the historic black-hole image algorithm!”

The implication was clear: Bouman, pushed by an agenda-driven media, was getting all the attention. But Chael had done all the real work.

That’s completely wrong, Chael said in a viral Thursday night Twitter thread of his own. Not only are the claims in the meme flat-out incorrect, but Chael — as an openly gay man — is also part of an underrepresented demographic in his field.

“While I appreciate the congratulations on a result that I worked hard on for years, if you are congratulating me because you have a sexist vendetta against Katie, please go away and reconsider your priorities in life,” he tweeted.

…Identical memes quickly spread across Twitter, where one typical response was, “Andrew Chael did 90% of the work. Where’s his credit?”

But those claims are flat-out wrong, Chael said. He certainly didn’t write “850,000 lines of code,” a false number likely pulled from GitHub, a Web-based coding service. And while he was the primary author of one piece of software that worked on imaging the black hole, the team used multiple different approaches to avoid bias. His work was important, but Bouman’s was also vital as she helped stitch together all the teams, Chael said.

“Katie was a huge part of our collaboration at every step,” Chael said.

…In truth, singling out any one scientist in a massive, cross-disciplinary group effort like the Event Horizon Telescope’s project is bound to create misapprehensions. Many who shared an equally viral image of Bouman clutching her hands in joy at the sight of the black hole came away wrongly believing she was the sole person responsible for the discovery, an idea the postdoctoral researcher at the Harvard-Smithsonian Center for Astrophysics has tried to correct.

“No one algorithm or person made this image,” Bouman wrote on Facebook, “it required the amazing talent of a team of scientists from around the globe and years of hard work to develop the instrument, data processing, imaging methods, and analysis techniques that were necessary to pull off this seemingly impossible feat.”

I’m not going to beat up on Katie Bouman because she didn’t try to steal all the credit for the black hole image, but the “trolls” and “sexists” were closer to the truth than the Washington Post, Alexandria Ocasio-Cortez and the other people spreading the myth that Bouman deserves all the credit for this.

The reality is that Katie Bouman IS NOT responsible for the black hole picture. Saying that isn’t sexist, it’s reality. Her contribution is something she can proud of, but trying to turn her from a member of the team into “Super scientist Katie Bouman who took a picture of the black hole” because of GIRL POWER or “we need more women in STEM” is dishonest and it deserves to be called out.