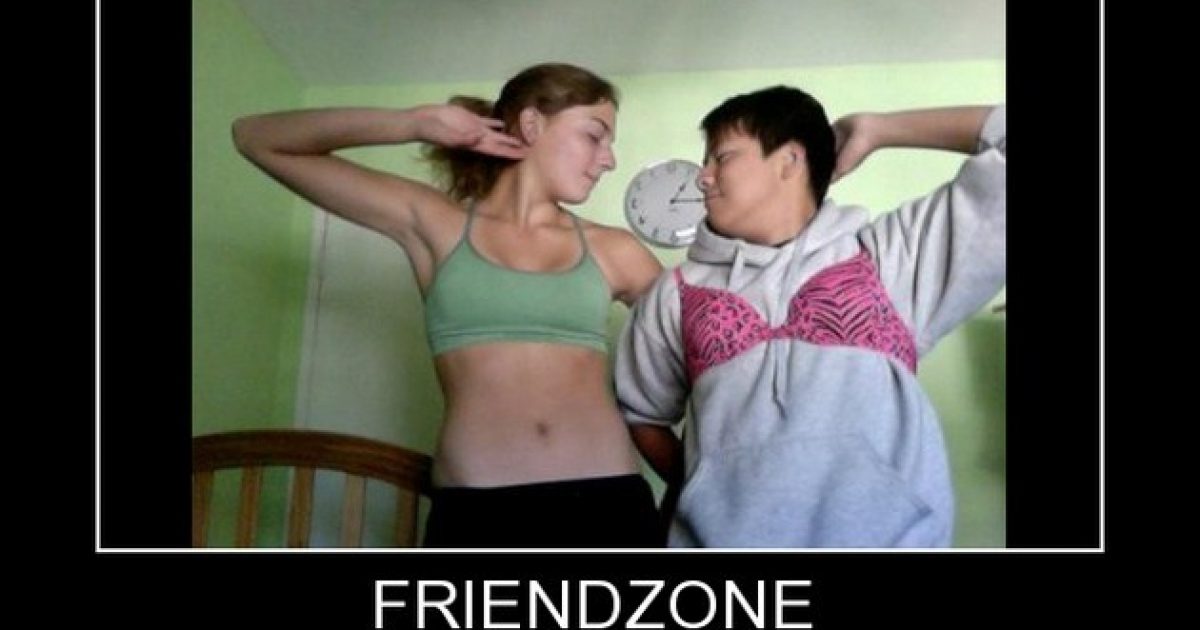 Just about every guy has been friend zoned by a woman he’s interested in at some point. That’s nothing to be ashamed of because no matter who you are and how much you have going for you, no man is EVERY WOMAN’s type. So, how do you know you’ve been friend zoned? Well, there are some fairly definite signs.

1) Has she shown obvious sexual interest? If you’re her friend and you’ve spent a good bit of time around her, have you had sex? Have you at least made out? Has she gotten naked around you? Has she grabbed your butt or your crotch? Has she at least given you the doggie-dinner-bowl look as if she wants you to kiss her (If so, why didn’t you kiss her? When the door opens, you gotta move through it, bro). When women like you personally and are interested in you sexually, you generally don’t need the Scooby Gang to come in to solve the mystery of whether she wants you or not.

2) Is she telling you about a guy she’s definitely interested in? There are times that women will tell you about how badly things are going with a guy as a way to hint that things aren’t working out and she wants you to move in on her. However when a woman starts telling you about a guy that she’s clearly interested in, even if she’s complaining about him, that’s a really bad sign. If a woman really wants you, she sure isn’t going to ask you for a guy’s perspective on how to keep another man interested. That’s the sort of thing she discusses with a girlfriend, not a guy she wants to get naked with.

3) Have you made it clear you’re interested and she hasn’t responded? Some dudes in the friend zone hide their intentions so totally that it’s hard to blame the woman for thinking that he just wants to be friends. Of course, if you have done the right thing and made it clear you want to be more than friends and she shot you down, there’s a reason for it and it’s probably not the face-saving one she gave you to try to keep you as an orbiter who buffs up her self-esteem.

4) Does she make an effort to look good for you? After you know a woman a while, she may feel more comfortable dressing down around you. However, a woman who wants to catch you is going to make sure the bait looks good. Is she dressing up for you? Is she doing her make-up when you come over? Is she trying to look sexy for you? Or is she rocking a baggy t-shirt and sweats when you’re over? The way she dresses for guys she wants and her “friends” is going to be totally different. So how is she dressing for you?

5) Has she flat out told you that you’re just a friend?  A lot of guys in the “Am I a friend or could it be more?” position wait like a sniper for that perfect opportunity to make a play for the girl. Toward this end, they’ll do things that LOOK LIKE dates — except they’re not and often the woman is perfectly clear about that. He’ll dress up, buy her flowers, take her out to dinner, treat her like a million bucks and she’ll go out of her way to thank him for being such a GOOD FRIEND. There are women who will go out of their way to tell some guy or their girlfriends that you’re just a friend. You should believe them.

6) Is she unattached? If you’re single, she’s single and both of you enjoy spending time together, then why isn’t she game for the two of you getting together if you’re what she wants? It’s even worse if she breaks up with a guy and passes on you and goes for another man. Women are subtle and don’t like to come right out and say, “I like having you hang around to make me feel desirable and pump up my ego, but I have zero interest in you sexually.” So, they assume you will read between the lines. Why aren’t you doing it?

Now I know, some of you are going to be like, “My situation is TOTALLY DIFFERENT. Also, #4 happened to a friend of my friend and they ended up getting married! You just don’t understand….”

Here’s a crazy idea: If you enjoy being her friend, be content to be her friend. If you want more, go for it. If she shoots you down, then accept it and move on. The worst place to be for a guy is a murky zone where she’s not interested in you, but you’re interested in her and you’re hoping that somehow, someway you’re going to hook up some day. If that’s you, accept reality and go find a woman that is into you. She’s out there, but you’re wasting your time following around a girl whom you’re never going to have.