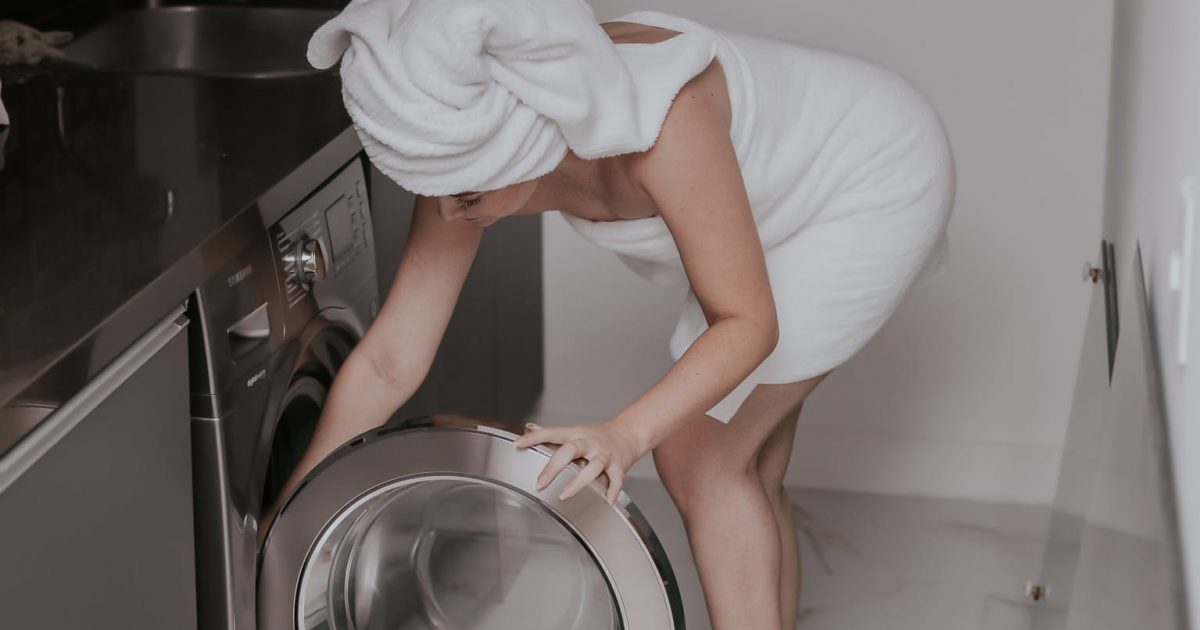 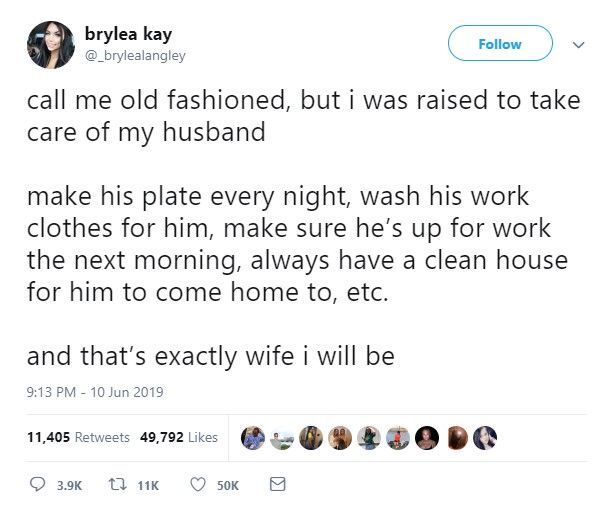 So, I found this tweet very interesting because of the sheer number of salty responses, mostly from women, but also from a few men.

Here are a few examples and I’m not going to bother to include the names because almost all of them are dull variations on this line of thinking.

* You gonna change his diapers too?

* but the pattern is women taking care of men like they were child. it’s shown everywhere like it’s the normal and right thing to do

Do you want to know why it bugs some women so much to see another woman saying that kind of thing?

Because all other things being equal, women like Brylea will beat out the “We split the housework 50/50 or there will be Hell to pay” women 99 times out of 100 in getting a man.

So, why are they trashing what she’s saying?  The same reason there’s always some effeminate dork trying to “redefine masculinity.” The same reason the hottest girls that the boys are chasing get called “sluts” by jealous girls in high school. People who know they are losing, even in comparison, instinctively like the idea of redefining the game.

PS: Yes, there are husbands who have to keep their wives happy who will pretend they don’t want to be taken care of and betas, futilely hoping to get laid one day saying they don’t want to be taken care of either, but men with the option of having a stay at home wife like that? They almost inevitably prefer an old fashioned woman. Women realize this, too. In fact, I have never had a woman I’ve dated for more than 5 minutes that didn’t want to at least prove to me that she knew how to cook and loves to do it.