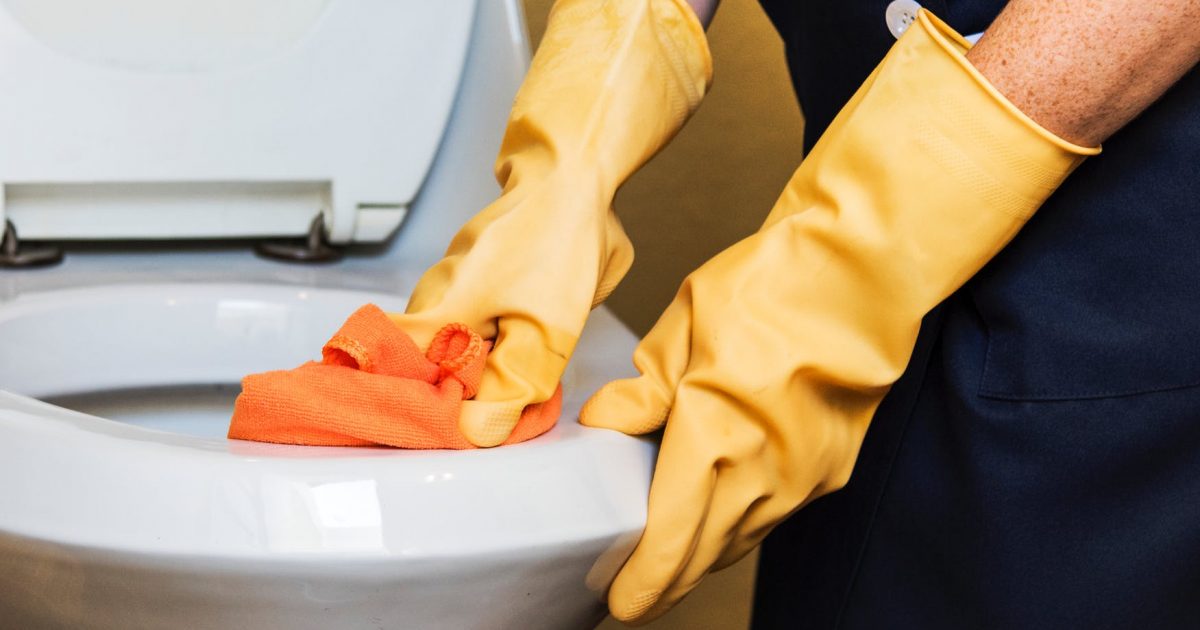 ‘As some women began to see their fantasy of better homes and gardens as drudgery (Cleaner homes and housework), they made shifts in their fantasy. But they expected men to pursue the remaining housework and child care as if it were part of men’s fantasy. It was presented to men not as a fantasy, though, but as “you’d better do it or you’re a chauvinist.” Men became fearful of committing to a fantasy that was never theirs.’ — Warren Farrell

The latest hot feminist nag du jour is that men aren’t doing enough of the housework in relationships and the New York Times has a column whining about it.

When my husband and I became parents a decade ago, we were not prepared for the ways in which sexism was about to express itself in our relationship.

…The amount of child care men performed rose throughout the 1980s and ’90s, but then began to level off without ever reaching parity. Mothers still shoulder 65 percent of child-care work. In academic journals, family researchers caution that the “culture of fatherhood” has changed more than fathers’ actual behavior.

…All this comes at a cost to women’s well-being, as mothers forgo leisure time, professional ambitions and sleep. Wives who view their household responsibilities “as unjust are more likely to suffer from depression than those who do not,” one study says. When their children are young, employed women (but not men) take a hit to their health as well as to their earnings — and the latter never recovers. Child-care imbalances also tank relationship happiness, especially in the early years of parenthood.

Division of labor in the home is one of the most important gender-equity issues of our time. Yet at the current rate of change, MenCare, a group that promotes equal involvement in caregiving, estimates that it will be about 75 more years before men worldwide assume half of the unpaid work that domesticity requires.

If anything is going to change, men have to stop resisting.

Let me start with the idea that I have seen people note that many of these studies of “housework” simply exclude things dads tend to do. In other words, driving the kid to daycare, doing laundry and cooking dinner may get included, while driving the family 10 hours straight on vacation, making a repair around the house and mowing the lawn may not be. So, you could certainly make an argument that we’re not comparing apples to apples.

However, let me add something else. Men and women often have very different standards. I’m lucky if I personally mop my floor twice a year, I’m okay with dishes sitting in the sink for a couple of days (gotta do dishes, out of forks) and I may have dusted 2-3 times in my entire lifetime? I just hire a housecleaner to come in once a month and I always tell her, “Make this place presentable for a woman. If you see anything a woman would blanch at, make sure to get that.” If women actually do 65% of the work, how much of that is make-work that a man would have never done at all?

When it comes to childcare, let me note that dads are NEVER going to be as interested in childcare and housework as women. Part of that’s because women naturally tend to be more compassionate and nurturing, but it’s also because as Chris Rock was right and deep down in their souls, men understand that, 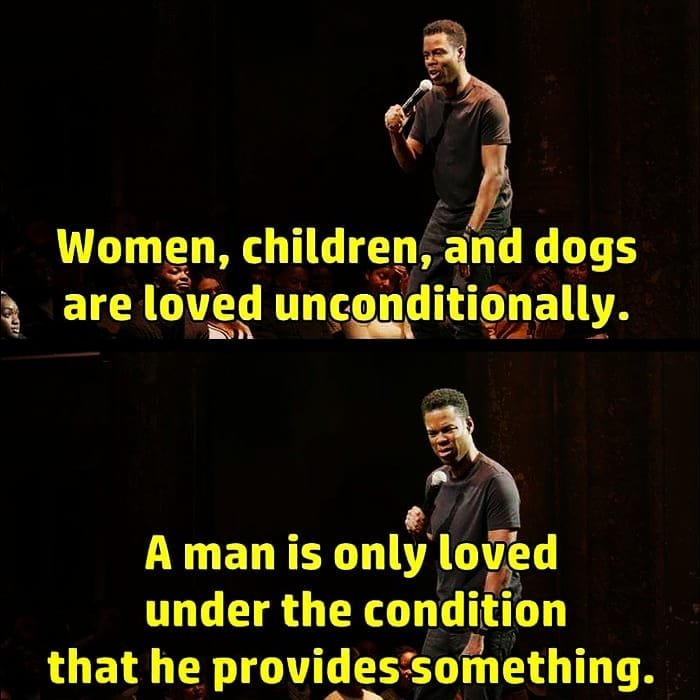 Women might like it when a man does more around the house, they don’t value you more for it. No woman is giving up on the Rock or Elon Musk because he leaves dishes in the sink.

Last but not least, “Wives who view their household responsibilities ‘as unjust are more likely to suffer from depression than those who do not,’ one study says.” They could have just said women that avoid feminist ideas about how much housework and childcare men should be doing are less likely to suffer from depression — and that’s true. Women who actually like the idea of taking care of kids, doing things around the house, making a sandwich for their man, etc., etc. simply bring a lot more to the table in a relationship than women who don’t look at it that way. If you’re an unhappy woman who wants to focus on her career and grits her teeth every time hubby misses a spot vacuuming or seems less interested than you in throwing a She-Ra birthday Party for your 4-year old girl, you probably don’t bring much to the table for a man other than sex anyway and realistically in 2019, he can probably get that somewhere else.