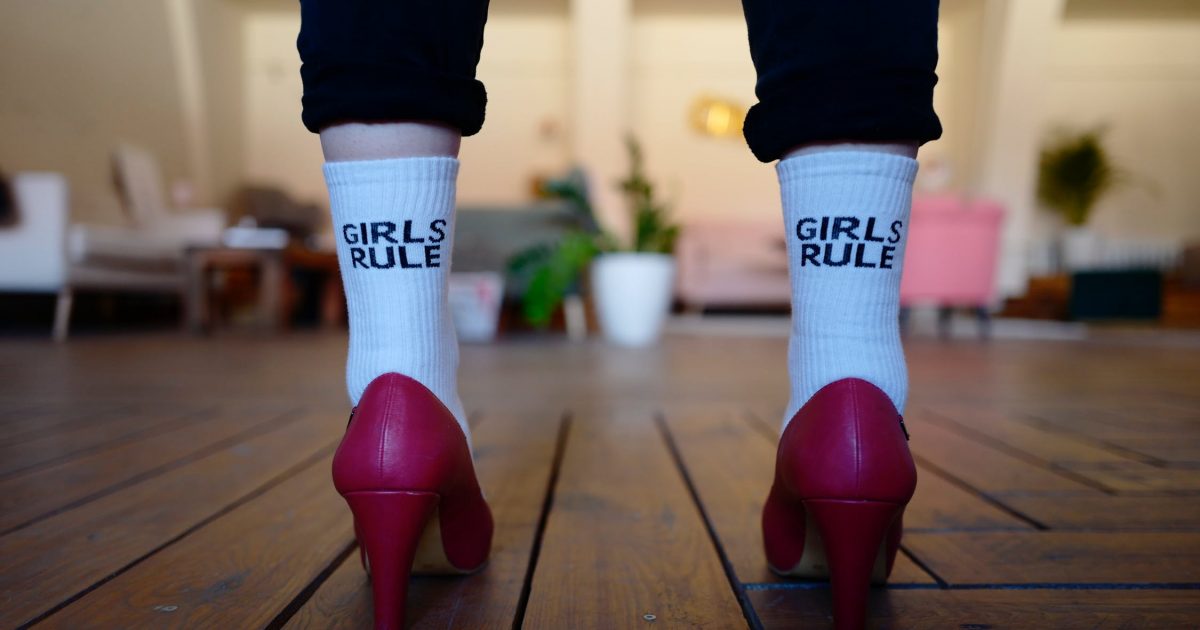 I saw a lot of people talking about this piece today, mainly because of the habitual scorn of men in it that seems so common in feminism today that was, but I found the confused arguments in this meandering atrocity of a column to be more intriguing — mainly because it shows that the Left will embrace anything that has a hefty dose of man hate in it, whether it makes sense or not.

If parents were giving their children virtue names today, as the Puritans used to do, nobody would choose Charity or Grace or Patience. Instead, half of all baby girls born in America would be named Empowerment or Assertiveness.

For women in this cultural moment, assertiveness is perhaps the ultimate in aspirational personal qualities. At the nexus of feminism and self-help lies the promise that if we can only learn to state our needs more forcefully — to “lean in” and stop apologizing and demand a raise and power pose in the bathroom before meetings and generally act like a ladyboss (though not a regular boss of course; that would be unladylike) — everything from the pay gap to mansplaining to the glass ceiling would all but disappear. Women! Be more like men. Men, as you were.

…So perhaps instead of nagging women to scramble to meet the male standard, we should instead be training men and boys to aspire to women’s cultural norms, and selling those norms to men as both default and desirable. To be more deferential. To reflect and listen and apologize where an apology is due (and if unsure, to err on the side of a superfluous sorry than an absent one). To aim for modesty and humility and cooperation rather than blowhard arrogance.

It would be a challenge, for sure. Pity the human resources manager trying to sell a deference training course to male employees. She would need to paint all the PowerPoint slides black and hand out Nerf guns just to get started. As long as the threat of emasculation is a baseline terror for men, encouraging them to act more like women still instinctively feels like a form of humiliation.

…Promoting qualities such as deference, humility, cooperation and listening skills will benefit not only women but also businesses, politics and even men themselves, freeing them from the constant and exhausting expectation to perform a grandstanding masculinity, even when they feel insecure or unsure.

So H.R. managers and self-help authors, slogan writers and TED Talk talkers: Use your platforms and your cultural capital to ask that men be the ones to do the self-improvement for once. Stand up for deference. Write the book that tells men to sit back and listen and yield to others’ judgment. Code the app that shows them where to put the apologies in their emails. Teach them how to assess their own abilities realistically and modestly. Tell them to “lean out,” reflect and consider the needs of others rather than assertively restating their own. Sell the female standard as the norm.

Perhaps some capitulation poses in the bathroom before a big meeting might help.

Here’s what is so bizarre about this piece.

First of all, she correctly notes that women are incessantly pushed to be assertive. She then, again correctly, notes that assertiveness is a male trait.

But, then she seems to blame men for this push towards assertiveness, is angry that men do have this trait and then wants to retrain men to be more like women so that women don’t need to be assertive to compete with men in the workplace.

First of all, it’s not men who keep incessantly pushing the idea that women need to be more like men or compete in traditionally male roles. I mean, I have never been sitting around talking to another guy and hear him say, “Gee, if only we could get women to be more assertive.” That idea has been pushed by feminists and if anything, you’re likely to hear men these days wishing that women were MORE FEMININE.

But, then we get to the idea that we should train men to be more like women so that women can be more successful in traditionally masculine roles without having to become more like men. I’ve seen similar feminist arguments about men working so many hours and refusing to take time off when they have kids. Why can’t we teach men to seek balance like women? Why can’t we teach men to demand time off because if they did that, women wouldn’t get behind when they take a year off after having a baby.

It feels like some feminists are starting to realize that the whole “you can have it all, women can beat men at their own game in the corporate world and still rock a mini-dress, score a high profile husband, pump out 2.5 kids and then high five your girlfriends over Mohitos while all of you talk about how much better you are than men fantasy” is just that….a fantasy — at least for most women. There are a few that pulled it off, but most of them never have and never will — and that’s despite the fact the playing the field is historically tilted farther towards women than it has ever been. Women are getting most of the college degrees; we’re constantly pummeled with false propaganda suggesting women aren’t getting a fair shake; businesses LOVE the idea of having successful women because it makes them look inclusive and there are articles like this EVERYWHERE. Yet, women aren’t succeeding enough; so we’ve got to change the whole economy, the way businesses work and the nature of men to allow more women to have the feminist fantasy. In other words, it sounds like we’re in the “bargaining stage” of the “Five Stages of Grief.” If that’s true, then feminists still have “depression” to go before they reach “acceptance.”

All I can tell you is that in life, there are always trade-offs and chances are, the most successful people have chosen to neglect other parts of their life to get to the top. It’s like my favorite quote from Mark Manson,

Life is not a checklist. It’s not a mountain to scale. It’s not a golf game or a beer commercial or whatever other cheesy analogy you want to insert here. Life is an economy. Where everything must be traded for something else and the value of all things rise and fall with the amount of attention and effort you put into them. And in that economy, we each must eventually choose what you’re willing to trade based on what you value. And if you’re not careful with your values, if you are willing to trade things away for the sake of another hit of dopamine, another temporary trip to your own personal psychological 10, then chances are you’re going to f*ck things up.

If you’re a woman and you want to be feminine, I think that’s a good thing, but if you do mainly have feminine traits, you are going to have a hard time in a cutthroat, competitive environment. If you want to be more like a man to be successful in that sort of situation, the trade-off is you’re going to have trouble being feminine and you still probably aren’t going to be as good as acting like a man as a man is. Again, a few women can pull it off, but it’s time to stop telling women they can have it all and start asking what kind of trade-offs they want to make.