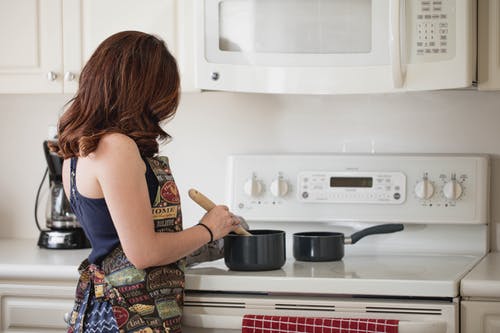 These days, one of the most incessant nags of feminists is that husbands won’t do half the housework. It just goes on and on and on. For example, if you search for men and housework, this is what you get. 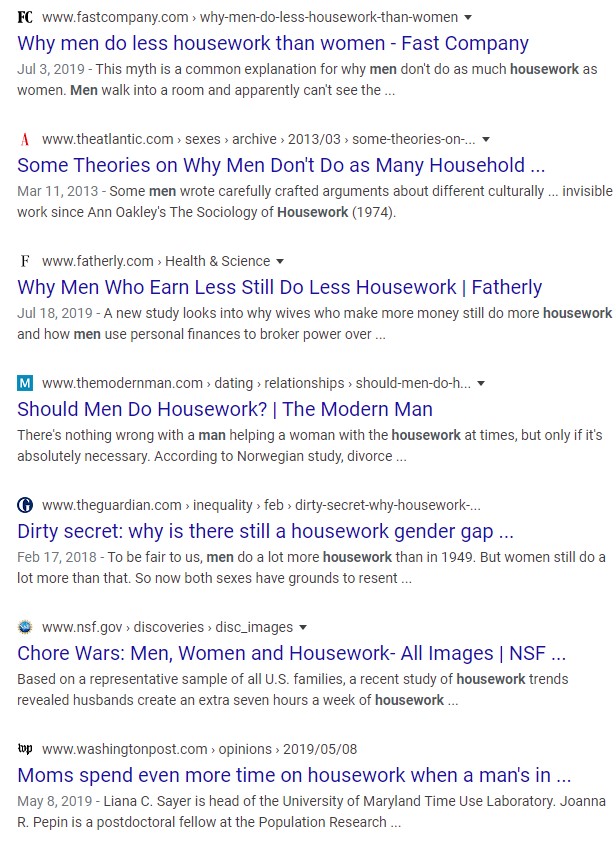 The complaining is endless and the idea is supposed to be that if men aren’t doing half the housework, they’re not doing their fair share in the house and it’s holding women back. Why, if men did more housework, women would probably erase the wage gap… or something. The real point is to kvetch about men and claim everything’s unfair.

However, it’s worth interjecting a little bit of obvious reality to the situation that you NEVER get from the feminists going on and on about this topic.

First of all, most men don’t have a problem with doing housework per se. For example, I’m a single man who is (sadly) between house cleaners. That means I currently do not half, but 100% of the cleaning in my house. There’s nothing unusual about that.

So, what’s the beef with doing half the housework if you’re married? Three things, with the third being the most important by far.

1) Back in the days when most women actually thought they needed to do something to show a man they were marriage material, they went out of their way to let men know they were ready to do the housework. In other words, what used to be a perk for men getting married has turned into something else to fight about.

2) Generally, the first thing a woman wants to do when she gets married is get a bigger house that takes much longer to clean. IF that’s the case and housework is a big issue, maybe you should live in the smaller, easier to clean house.

3) Women and men generally DO NOT have the same standards of cleanliness. Put another way, what men consider a “clean” house may need hours and hours of work to meet a woman’s much higher standards. For a guy to meet his standards of cleanliness, it may only take an hour a week while a woman may very well need an hour PER DAY because she’s doing things he seldom or never does. So, when they get together and start talking about doing “half” the housework, he’s being asked to do 3, 4, 5 times more per week than he was doing before. Maybe more than that if they got a bigger house and in return, is he thanked for doing so much more? No. He’s treated like he’s just doing his “fair share.”

Does that mean men shouldn’t do any chores at all? Not at all, but when you look at the whole picture, it’s not a shocker that women do more of the housework.