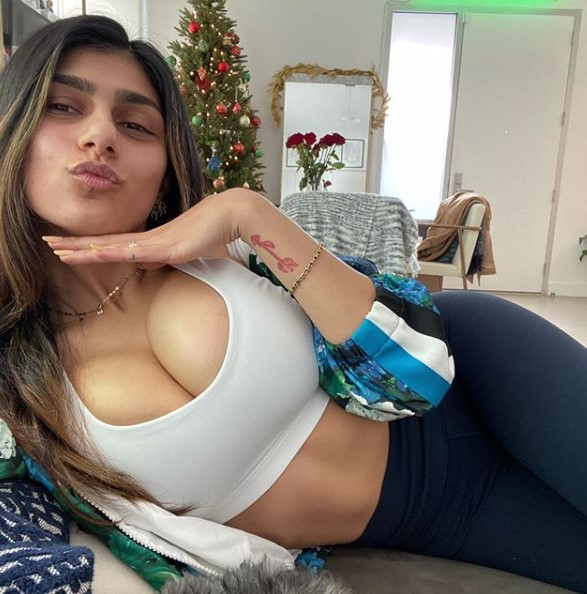 Social justice warriors push sex work on young women like it’s some kind of “empowering” choice. Go be a stripper! A cam thot. A phone sex operator. A prostitute. A sugar baby. It’s something young women should try! Don’t believe me? Here are some titles I ran across doing nothing more than a quick Google search:

Sex Work is Real Work, and it’s Time to Treat it That Way

Why Sex Work Should Be Decriminalized | Human Rights Watch

Sex Is Not the Problem with Sex Work

Incidentally, the links were almost universally positive. Nearly every article was either talking about how wonderful sex work is or urging that it be decriminalized. In other words, the basic message is, “If you’re a young, attractive woman, why aren’t you being paid to get naked right now?”

I find that to be an extremely interesting take given that one of the most famous sex workers in America is Mia Khalifia and she’s been making headlines recently because she wants to have it both ways on her career in pornography. What do I mean by that? This gives you a good idea:

Keep in mind, Khalifa also got extreme death threats, hate comments, and just her reputation ruined after these videos, and she doesn’t see a penny even though she remained PornHub’s most searched performer for years.

Many claim that Khalifa still using her stage name knows the power audiences have. So even though she only got paid $12,000, she wouldn’t have the audience she has now if she didn’t do it in the first place. Now her net worth is estimated around $2 million, but that doesn’t take away from the fact that she was underpaid for the work she did.

The 27-year-old urged people not to get into the adult industry earlier this week, claiming the films she made ‘will haunt me until I die’.

Khalifa – who has more than 20 million followers on Instagram – said the 11 films she made when she was 21 still play on her mind on a daily basis and she doesn’t want ‘another girl to go through that – because no one should’.

Now her fan base has launched a petition to get ‘justice for Mia’.

…”Mia and her team have provided countless financial offers to the current owners of her domain name and pornographic videos to no avail. Big corporations are not giving Mia Khalifa a fair chance to demand her content in court due to financial advantage.

“Please consider signing this petition to support Mia Khalifa’s future endeavours and to bring her justice.”

Wait a second. If sex work is so empowering and is such a good idea, shouldn’t her fans be demanding that her videos be left up? Incidentally, even Mia Khalifa herself, who wants her videos taken down and says her career “will haunt her until she dies” is still talking up sex work:

“I’m not against sex work. I’m against the way the sex workers are treated, especially the young ones who want their lives back years down the line.”

Of course, that’s just it. The women that do sex work don’t get their “lives back years down the line.” They’re always going to have to live with the fact that they did sex work and that yes, people may remember it or find out about it and think worse of them for it. A lot of people are just going to treat you as persona non grata right out of the box if they know you did sex work and a good number of the ones that don’t are going to think of you as good for a lay and nothing more. This is why fathers don’t want their daughters to be prostitutes and why any guy would try to talk his sister out of being a sugar baby, even if he would use a sugar baby himself. The sort of people pushing sex work on young women don’t have their best interests at heart and Mia Khalifa is a great example of how that works, even if she’s too woke and hypocritical to admit it.