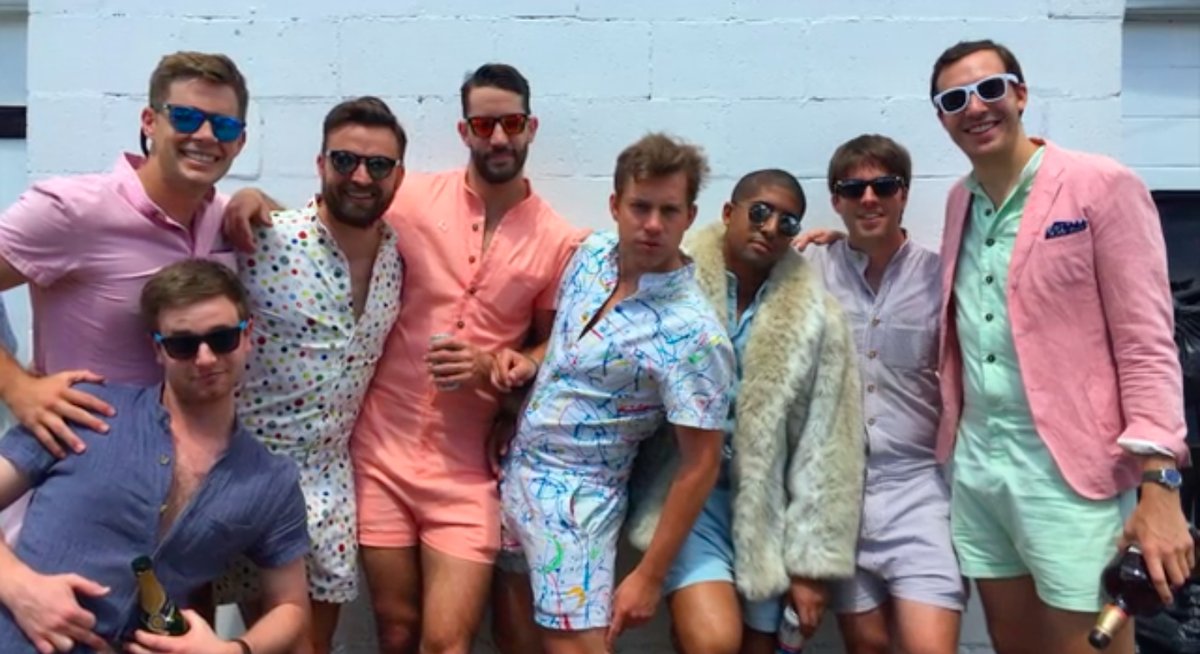 I remember when RompHim came out because as with any feminine product touted for men, we were told it was “the future.” Yes, men are just like this now. They wear rompers and everybody loves it! These are the sort of headlines we saw back in 2017:

Why everyone is talking about male rompers – CNN – CNN.com

Men Want To Wear Rompers. Get Over It. – Totally The Bomb

Meet the RompHim: The romper for men – Today ShowThe Male Romper Is Here, and You Can Pee in It | GQ

The Male Romper Has Come to Claim Your Masculinity. Enjoy It.

These male onesies got an ENORMOUS amount of free publicity and yes, plenty of us made fun of them, but they were also widely promoted. Freaking Gentlemen’s Quarterly even did a positive article on this atrocity.

RompHim, a men’s romper company, is shutting down as its four founders are moving on to new projects.

The founders announced the shutdown in a message addressed to fans of the one-piece clothing.

…The company first announced its Kickstarter in 2017, enjoying a viral reaction online. That popularity faded quickly after.

…With advertising highlighting a cheeky, “I’m here to have fun, not fit in” attitude, men’s rompers became a short-lived, off-kilter token of late-2010s men’s summer fashion. The actual number of men wearing them, however, was relatively low, and they were mostly popular in the LGBTQ community.

When something ridiculous like that comes out, it’s always, “This is the hot new trend for men” and when it dies, it’s “they were mostly popular in the LGBTQ community.” The next time they try to tell you make-up for men or high heels for men (you know this has to be coming) are popular or even tell you about how “masculinity is being redefined,” remember how it worked out for RompHim.