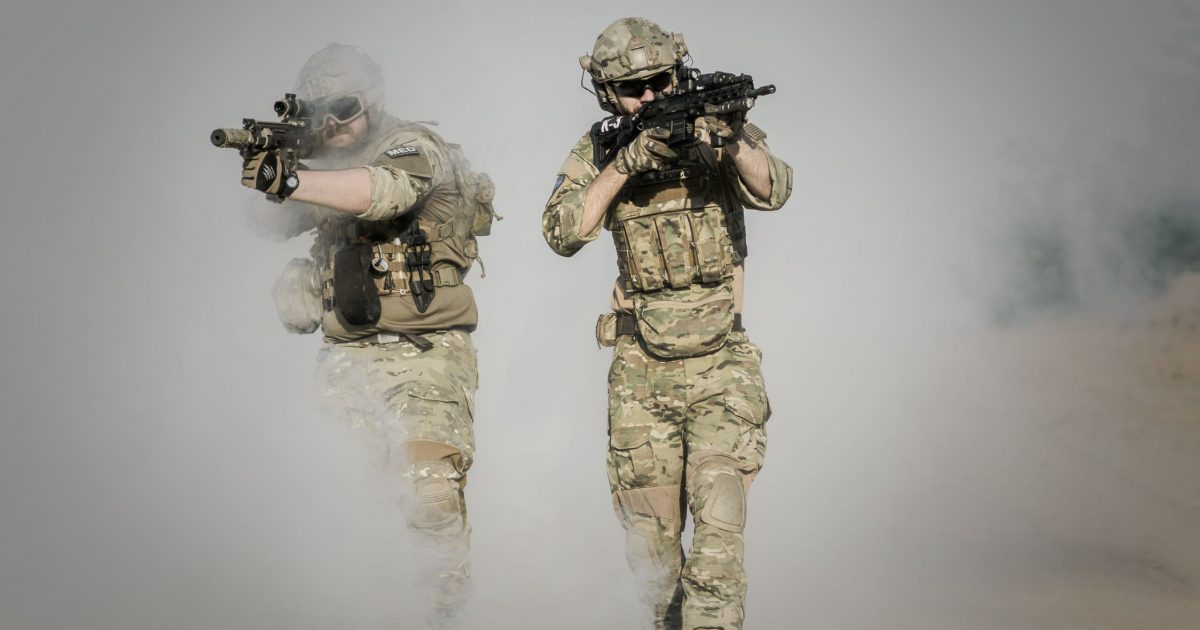 This comes from The Dispatch newsletter and it’s excellent:

Are you aggressive? That’s a bad thing that plagues boys. Are you brave? Fantastic! But anyone can be brave.

Are you emotionally distant? Well, young men often struggle with expressing themselves. Are you steady under pressure? Wonderful! I admire people who can respond to adversity.

Indeed, we’ve reached a point where the American Psychological Association is essentially pathologizing traditional masculinity itself. In early 2019, it declared that “traditional masculinity—marked by stoicism, competitiveness, dominance, and aggression—is, on the whole, harmful.” It published guidelines that arguing that “traditional masculinity ideology”—defined as socializing boys toward “anti-femininity, achievement, eschewal of the appearance of weakness, and adventure, risk, and violence”—has been shown to “limit males’ psychological development, constrain their behavior, result in gender role strain and gender role conflict,” and negatively influence mental and physical health.

But wait. Look at those lists of characteristics again. Many of them can be virtues—even indispensable virtues. Is there an inherent problem with achievement? Of course not. A desire to achieve helps build families, economies, and nations. Is there an inherent problem with stoicism? Of course not. As I explained in the documentary, there is often a desperate need for a man to be able to handle the storms of life with a calm, steady hand.

Is a sense of adventure problematic? Don’t tell Neil Armstrong. Even risk and violence have virtuous and indispensable uses. Just ask the men who held Cemetery RidgeHill on the third day of the Battle of Gettysburg, or the men who surged forward onto Omaha Beach on June 6, 1944, or more recently the men who landed in Osama bin Laden’s compound in Pakistan.

I particularly liked this line, “Instead, our culture often treats vices in men as the result of their masculinity while viewing their virtues as the result of their humanity.” That comes from feminists pretending that masculine traits are just human traits, while simultaneously telling everyone men are bad. For example, when French talks about bravery — well, that’s a male trait in the same way that being nurturing is a female trait. Are there nurturing men and brave women? Yes, but most of them are pale imitations of the other gender when they try to display those traits. So, can women be brave, aggressive, dominant, adventurous and great leaders? Yes, but are they as good as men at those things? Aside from a few exceptions to the rule, no — and we’re not supposed to say this despite the fact that it’s true. This is the double standard that French talks about, “The result is a culture that often tells young boys that there’s nothing distinctly good about being a guy—but there is a lot that’s perilous.” There’s always someone popping up to tell you how toxic masculinity is, but they can’t explain this… 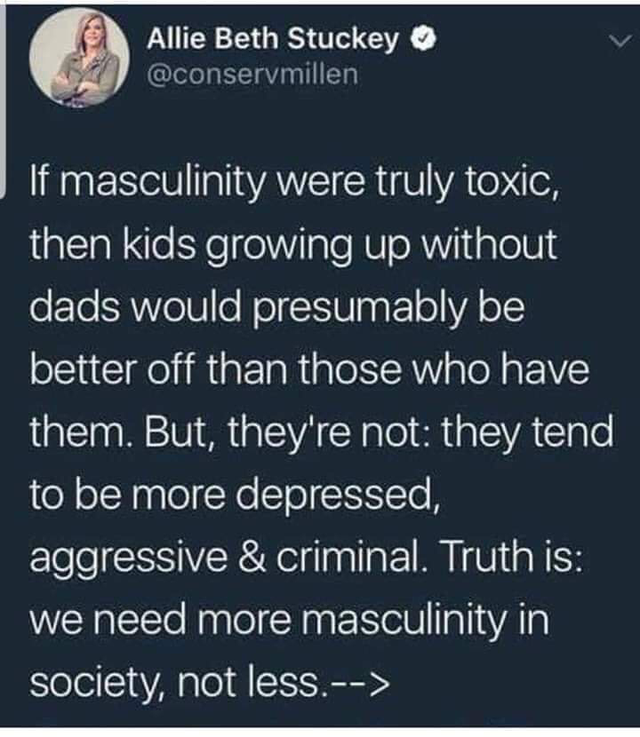 When you look at our civilization, it’s successful because of traditionally masculine men. Those were the men that conquered the land, developed it, came up with the intellectual framework we all live under, created the inventions that made it thrive and developed 99.9% of our civilization. When you rail against traditional masculinity, in essence, what you are railing against is everything that made our society successful in the first place.