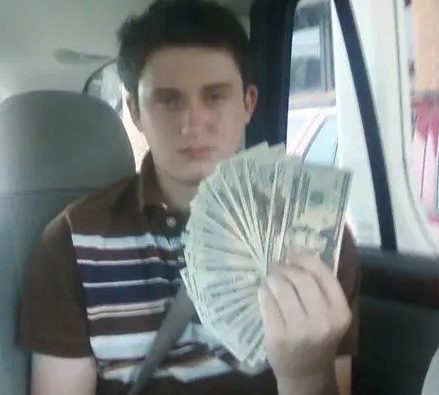 Allegedly, he was making a bomb to kill “hot cheerleaders” when things went sideways and blew his fingers off:

Cole Carini, 23, of Richlands, arrived at the Clinch Valley Medical Center on Tuesday with a missing hand and shrapnel wounds on his neck and throat.

…Several fingers on his other hand were also ripped off, which he told medics was caused by a lawnmower accident.

But a cop who arrived at the hospital to interview Carini became suspicious after learning of his previous convictions for explosives.

Police obtained a warrant to search Carini’s home and alerted the FBI.

On the shed’s floor was a discarded letter that made for sinister reading.

“He casually walked through the shopping mall, his jacket concealed deadly objects,’ it read.

“He was doing it and was assured it must be done.

“Even if he died this statement was worth it! He had… of tension that would come and go as he approached the stage of hot cheerleaders.”

…The letter continued: “A dead seriousness sank in as he realized he was truly passing the point of no return! He decided I will not back down I will not be afraid of the consequences no matter what I will be heroic

“I will make a statement like Elliott Rodgers did he thought to himself.”

The core idea behind guys being “involuntarily celibate” is that supposedly, they’re so genetically inferior that they have no chance to have sex. So, they get angry at how unfair the world is and things get worse from there.

Except this dude looks like a million generic frat bros who semi-regularly get laid at college. Incidentally, that’s not uncommon when you get to see pictures of incels. For example, famous incel mass murder Elliott Rodgers could have practically been in a freaking boy band if he had a little better hairstyle: 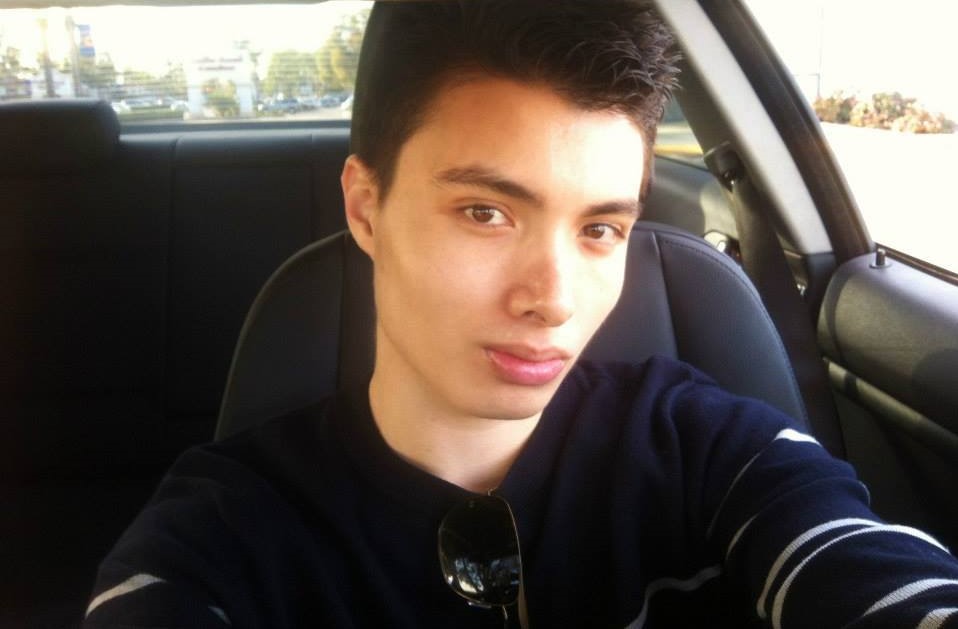 Don’t get me wrong. Some of these incels are super short, super ugly, or have some other sort of significant genetic disadvantage, but most of them don’t and could be getting laid if they put any effort into it.

So, why don’t they? Because instead of trying to improve themselves, they immerse themselves in an unhealthy culture that tells them that they’re a victim. The problem isn’t them, it’s that the world is unfair and they should strike back against it.

The truth is there is no one that cares about you, that’s your friend, that’s worth listening to that is going to encourage you to think that way. It doesn’t matter if you’re an incel, a femcel, a feminist, black, white, Asian, Muslim, Jewish, gay, straight, male, female — anyone who is telling you that you’re a victim does not have your interests at heart. People who want you to succeed will encourage you to become the best version of yourself, not wallow in victimhood.

If you allow people to feed that, “You’re a victim and so you’re justified in striking back at the world” garbage into your head, it will ruin your life and turn you into a shadow of what you could have been. This guy is just one example of that, but they’re everywhere these days. Whatever you do, don’t be someone with a victim’s mentality like this guy.