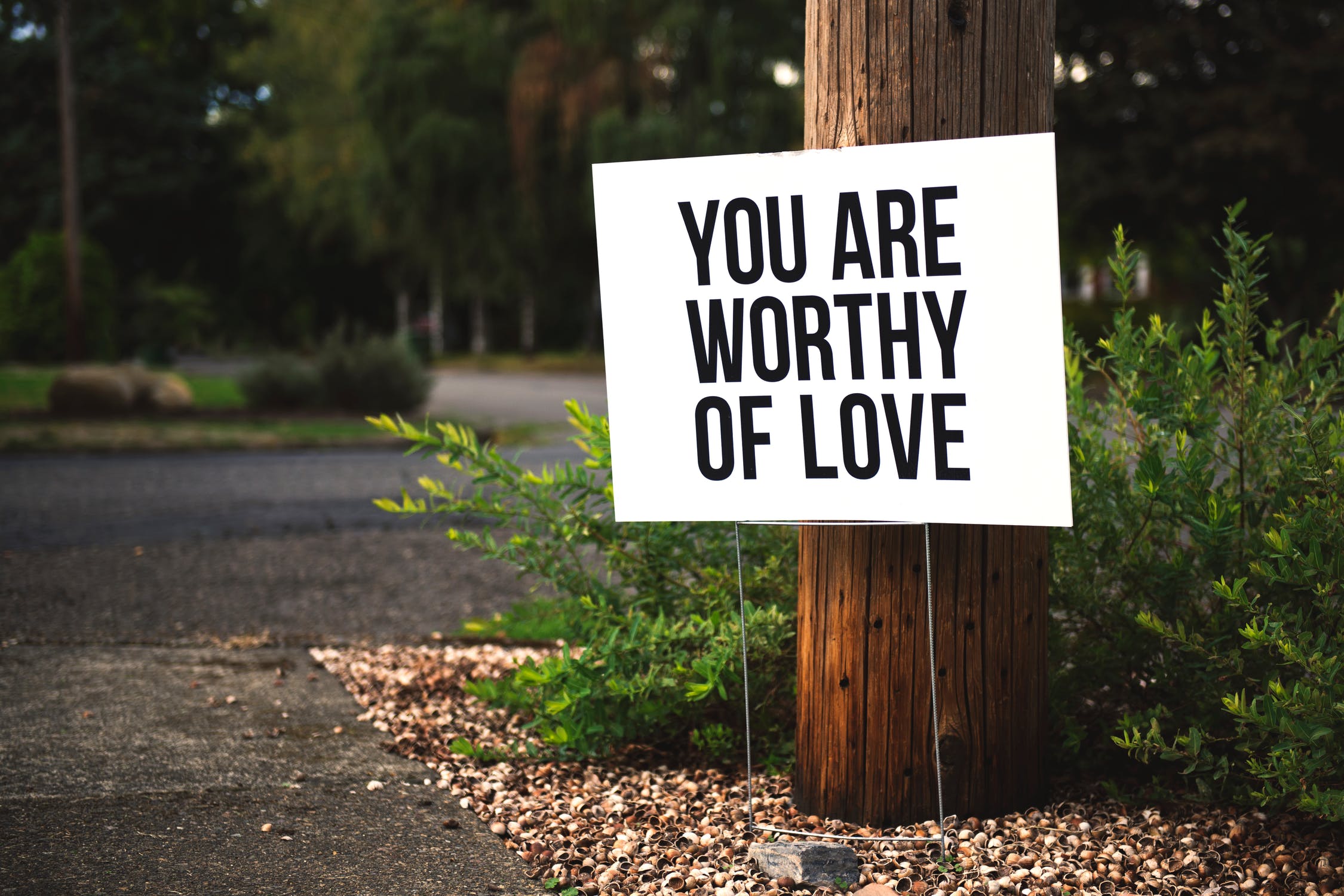 Self-esteem is typically built through a fairly standard practice. It’s like a slider.

You do something. You compare your results to other people doing the same thing and evaluate your performance. You filter in the praise or criticism you receive from other people and how important you believe the activity to be. Then the slider goes up or it goes down. Then, after repeating this process for long enough, it will seep into your self-image.

Simple right? Yes… but, not EASY. What do I mean?

Well, let’s start with the “something” you’re doing. Is it something you value? Is it something other people value? If you are an amazing artist and put no value on it or alternately, if your parents find it to be valueless and often tell you so, you may not gain any self-esteem from your artistic gifts. Moreover, as they like to say in MMA, there are “levels to this game.” The first time I made $40,000 in a year, I felt like I was swimming in money. Yet, that’s not a lot of cash. Someone who’s making $100,000 would probably feel much better about how they were doing. That is, unless they lived somewhere like Manhattan or San Francisco, in which case they might feel like they’re barely scraping by. Even if you’re a millionaire, do you measure up to multi-millionaires? How do they stack up to people with tens of millions? How do they compare to billionaires? Even if you’re a billionaire, you may still feel like you aren’t doing so well compared to Bill Gates. You can do this with just about everything these days. Money, looks, social media followers, athletic ability, intelligence, houses, clothes, smiles, hair, skills at games, emotional intelligence, social intelligence — there’s no end to it. In other words, being “gifted” or “talented” at just about anything is relative. So, at what level are you “allowed” to feel good about it?

Also, everyone tries to tell you that they don’t care what anyone else thinks, but nothing could be further from the truth, especially when you’re talking about self-esteem. We’re almost like mirrors in that respect, reflecting back what we hear from other people. You can be the saddest sack of turds in the whole stable, but if all you hear is how wonderful you’re doing, you can believe it. This is one of the reasons so many of us hate participation trophies and the false praise we pump into kids on a regular basis. We’re afraid of creating legions of puffed-up little nothings that think they’re doing everyone a favor just by existing. On the other hand, negativity, especially from people that matter can also do a lot of damage. You can praise your kid 100 times and the one time you hit him with a cutting remark at a sensitive time may be seared into his memory for the rest of his life. Repeat that process enough times and you can turn the greatest kid in the world into a mess that thinks they’re an awful person.

People with those kinds of self-esteem issues are particularly difficult nuts to crack because their low self-esteem isn’t based on logic, it’s based on hearing something like, “You’re a bad person” too many times. So, how do you logic someone out of a position they didn’t logic themselves into? Worse yet, when they hear something that runs counter to their self-image, they screen it against their image as a loser and either disregard it, assume it’s a lie or choose to believe it’s mistaken. Then there’s the issue of whether a “bad person” feels like they DESERVE to like themselves. Should Hitler have liked himself? Ted Bundy? Charles Ponzi? Actually, NO, they shouldn’t have liked themselves and if you feel like you are also a “bad person,” will you even believe you deserve help? It’s doubtful. These people have built a fortress around their self-esteem, encircled it in trenches and barbed wire and… you get the idea. It’s pretty much like the Police song, except with self-esteem instead of your heart.

So, if you’re in that situation, what do you do?

Well, it starts with fully understanding that self-esteem is largely arbitrary. Not ENTIRELY arbitrary, but LARGELY arbitrary. How can that be? Well, how could it be any other way when there are simpering idiots who can barely tie their own shoes that think they’re amazing and genuinely wonderful human beings that think they’re lower than an earthworm tunneling under the Grand Canyon? Contrary to what many people think, most mass murderers tend to be narcissists, who have high, unstable self-esteem as opposed to sad sacks who think they’re bad people. Think about that if you have low self-esteem. The two douchebags who shot up Columbine liked themselves more than you. Does that make sense? Of course, not.

With that in mind, here’s a little secret that most people don’t know. You can consciously CHOOSE how much self-esteem you have — again, not ENTIRELY, because our subconscious is involved, but LARGELY. That’s an awkward sentence, but you get the idea. This is useful because something like self-esteem is too important to be left to chance. Moreover, why should you be saddled with self-esteem issues because daddy got mean when he drank or because your teachers didn’t praise you enough when other people that were EXACTLY as good you were able to like themselves? Again, if we’re talking about something that’s arbitrary, why shouldn’t we choose a level of self-esteem if it benefits us?

Of course, this is one thing that trips a lot of people with self-esteem up. They tell themselves the lie that their low self-esteem is “motivational.” Yes, all the drinking, sleeping late and hours of thinking about how much you hate yourself are how you get right to the top. I’m sure that’s why Steve Jobs and Henry Ford were so successful… not. On the contrary, as Scott Alexander said, “Feel good and you will charge. Charge and you will succeed. Succeed and you will feel good. It’s a self-generating cycle of energy!” If that’s too “rah-rah” for you, then how about, “If you stop moping around all the time, you will feel better and accomplish more.”

So, how do you do it? Well, you have to understand that in the background of your brain, there’s chatter, feelings, songs, and ideas going constantly. The estimates vary quite a bit, but our brains can pump out over 12,000 of these thoughts per day. Additionally, all this background noise tends to repeat. Know what the brains of people with low-self esteem and depression LOVE, LOVE, LOVE to focus on? Things that cause strong negative emotions. That sad song that makes you want to cry. That girl who won’t call you back. What a LOSER you are and how you always FAIL at everything! If you have low self-esteem, these greatest hits repeat endlessly.

What can you do about it — you know, if you don’t think you’re irredeemable like Hitler and Ted Bundy — and DESERVE to like yourself? You start to take control of your thoughts. This is not entirely possible because your subconscious thoughts flood through your mind like a powerful river, but that’s okay. You don’t need to control everything. All you have to do is give yourself a little push to keep yourself from getting snagged on the sides of the river.

You do that by following these 4 steps.

1) If you make a mistake or do something wrong, correct it, but do it without any kind of negative self-talk. Refuse to criticize yourself. The moment you catch you saying something negative about you, shut it down.

2) Immediately stop yourself once you think of ANYTHING that makes you sad or unhappy and think of something else. Change the mental channel.

3) Praise yourself when you make any progress, however small. Are you scared to death to talk to people, then you talk to someone in line at the grocery store? Great. Praise yourself. Be your own biggest supporter.

4) This is the hardest one of all. Are you ready? Forgive yourself for your flaws, mistakes, and shortcomings. There’s nothing we can do about the past. All we can do is go in the right direction in the NOW.

The first thing people with low self-esteem typically tell themselves is that they don’t want to do this because they could take it too far. That’s like a rail-thin guy refusing to lift weights because he’s terrified he’ll become as overly muscular as a Mr. Olympia. If you have low self-esteem, you’re in a self-created hole and you need to work your way out of it.

You’re not going to fix this problem with the same thinking that created it. That’s why you need to try those four steps to scratch the record, break the mold and tilt the playing field back in your favor. What do you have to lose other than your low self-esteem?