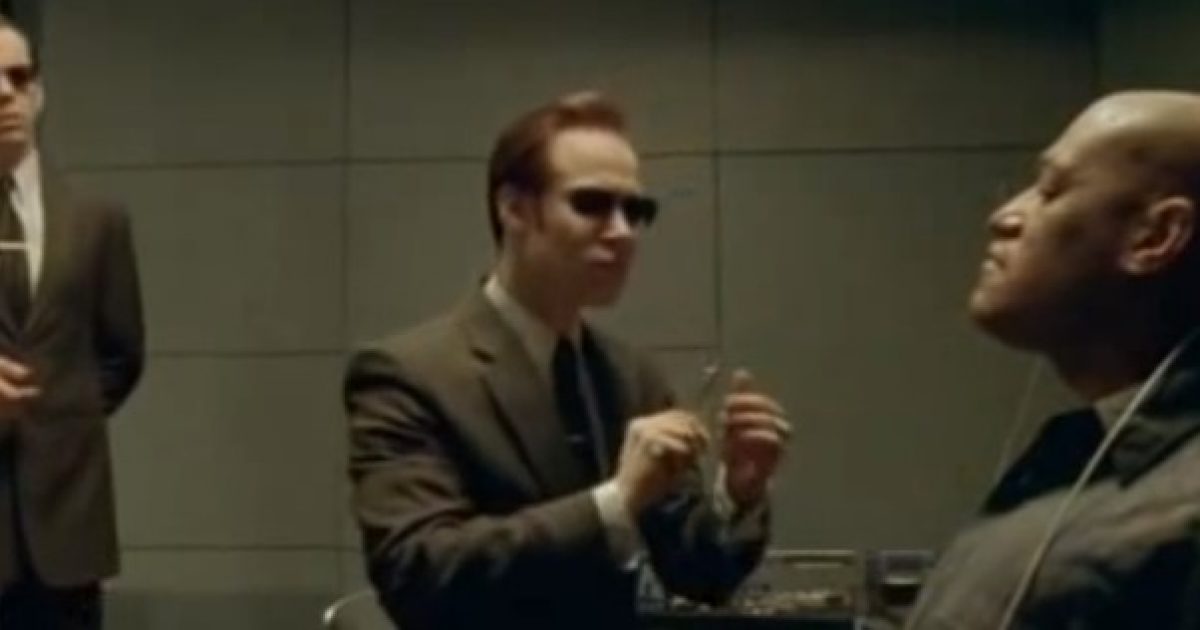 There’s this scene in “The Matrix” where a disgusted Agent Smith is explaining to Morpheus that the computer simulation human beings live in used to be a paradise that fulfilled all their wildest dreams. However, the computers had to give that up because human beings kept dying en masse rather than enduring their perfect world.

That sounds bizarre, doesn’t it? Except, if you picked the human beings living the closest approximation to what we consider to be a perfect existence, they’d be rock stars and Hollywood celebrities who are frequently known to kill themselves. Celebs from Britney Spears to Elizabeth Taylor to Owen Wilson to Halle Berry to Brigitte Bardot have attempted suicide. Many others like Robin Williams, Kurt Cobain, Anthony Bourdain, Freddie Prinze, George Reeves, and Marilyn Monroe succeeded. Of course, some people try to dull the pain with drugs and the list of celebrities that have died that way may be even more staggering than the list of suicides. Michael Jackson, Whitney Houston, John Belushi, Chris Farley, Heath Ledger, Jimi Hendrix, and Elvis Presley among many others fall into that category.

In a time of YouTube stars and reality television, celebrity seems closer than ever to many people and thus, is more pursued. Yet, when you think of all the (for the most part) extremely attractive stars that had wealth, fame, success with the opposite sex, mansions, and people wanting their autographs, who also had lives so miserable that they killed themselves or overdosed, it makes you wonder what went wrong.

For example, I remember being at a political event where an acquaintance was the star attraction. I wanted to introduce a friend to her, but she was so swamped by people wanting pictures that we couldn’t get to her for 30 minutes. Finally, after things had calmed down, I had introduced my friend and the two of us had a moment to talk, I asked her how it felt to have that many people that wanted her attention, her picture, and her autograph. She told me that it felt “dehumanizing” because none of those people knew the real her or cared about her as a human being.

One might also wonder why the suicide rate in the United States is at the highest rate in half a century while the number of people dying from opioids is now being referred to as an “epidemic.” Compare being around today to WWI, the Depression, the 1860s, or the Vietnam War. We’re the strongest nation in the world. The economy is excellent and we have an extensive safety net for the old and the poor. Realistically, we just had a black President and the levels of discrimination are lower than ever before. There’s no danger that the average man is going to be drafted and sent to fight and die in some foreign country. To the contrary, if you’re making even say 25k or 30k in most of America, you probably have a car, an air-conditioned apartment, a gaming system, a cell phone with games on it, a 40-inch flat-screen TV, access to plenty to eat and the Internet. Every man isn’t a king in the United States, but even the poor here live better than 99.99% of the people that have lived in human history.

There’s an answer to that question – their lives lack meaning and purpose.

You can eat the best food, have sex with lots of different women, take drugs, go out drinking every weekend, play the best video games, watch blockbuster movies, and binge-watch Netflix… and so what? What are you doing other than consuming? Other than just existing?

Even pleasure gets boring after a time. After working your ass off, it may be fun to sit on a beach for a week, sip alcoholic beverages, and enjoy having nothing to do. But, after two weeks, most people are going to be bored with that. After a month or two, most people will be ready to spoon their own eyeballs out.

You know what keeps you going when hedonism no longer does? Having meaning. Having purpose. Having a reason to get out of bed in the morning and do what you do.

But, modern life keeps stripping this sense of purpose from us.

Fewer and fewer of us are getting married, having children, going to church or running our own businesses. There was a time when even poor men went to church and had God give them a sense of order to the universe. They had a wife and family that counted on them to survive. In a world without mega-corporations, a lot of men owned their own farms or small businesses. Maybe they were tailors, blacksmiths, or cobblers and they got to take pleasure in making their own products from top to bottom. They got to have that sense of pride when they knew they were the only ones who could take care of their wife or when they saw the whole town wearing their shoes.

So, what about you? What is your purpose? Why do you matter? What difference does it make if you’re here on earth at all? Are you creating something that will be here after you’re gone? Are you looking out for your family? Are you fulfilling God’s purpose for you? Are you serving your fellow man? Are you making life better for other human beings somehow? The people who have answers to those questions tend to be the happiest people. If you don’t have the answers to those questions, isn’t it time you started working on figuring them all out?