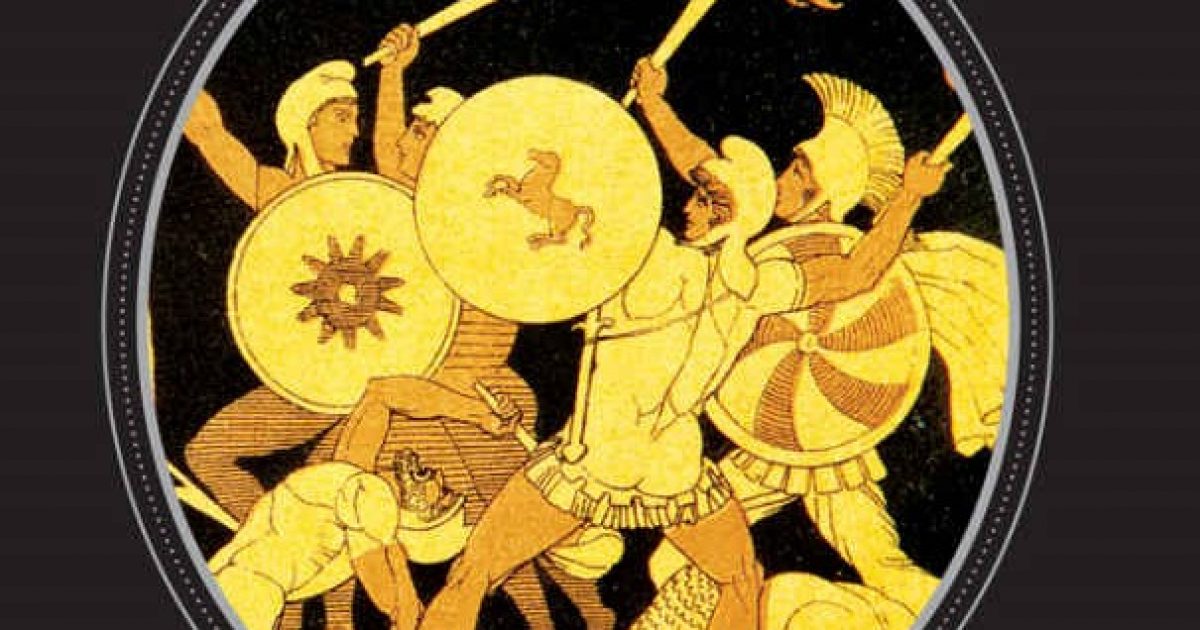 Will and Ariel Durant’s ‘The Lessons of History‘ is a book that I’ve heard recommended by a number of successful people and after reading it, it’s easy to see why. Although the book is short and easy to read, it can teach you an enormous amount about human nature. So much of what we think is new is just the same old human behavior repeated again. Enjoy the quotes!

— In 1909 Charles Péguy thought that “the world changed less since Jesus Christ than in the last thirty years”; and perhaps some young doctor of philosophy in physics would now add that his science has changed more since 1909 than in all recorded time before.

— Animals eat one another without qualm; civilized men consume one another by due process of law.

— Inequality is not only natural and inborn, it grows with the complexity of civilization.

— If we knew our fellow men thoroughly we could select thirty percent of them whose combined ability would equal that of all the rest.

— Nature smiles at the union of freedom and equality in our utopias. For freedom and equality are sworn and everlasting enemies, and when one prevails the other dies. Leave men free, and their natural inequalities will multiply almost geometrically, as in England and America in the nineteenth century under laissez-faire. To check the growth of inequality, liberty must be sacrificed, as in Russia after 1917. Even when repressed, inequality grows; only the man who is below the average in economic ability desires equality; those who are conscious of superior ability desire freedom; and in the end superior ability has its way.

— The third biological lesson of history is that life must breed. Nature has no use for organisms, variations, or groups that cannot reproduce abundantly….She does not care that a high birth rate has usually accompanied a culturally low civilization, and a low birth rate a civilization culturally high; and she (here meaning Nature as the process of birth, variation, competition, selection, and survival) sees to it that a nation with a low birth rate shall be periodically chastened by some more virile and fertile group.

— If the human brood is too numerous for the food supply, Nature has three agents for restoring the balance: famine, pestilence, and war.

— Nor does human nature alter as between classes: by and large the poor have the same impulses as the rich, with only less opportunity or skill to implement them.

— Nothing is clearer in history than the adoption by successful rebels of the methods they were accustomed to condemn in the forces they deposed.

— Out of every hundred new ideas ninety-nine or more will probably be inferior to the traditional responses which they propose to replace.

— No one man, however brilliant or well-informed, can come in one lifetime to such fullness of understanding as to safely judge and dismiss the customs or institutions of his society, for these are the wisdom of generations after centuries of experiment in the laboratory of history.

— Meanwhile history assures us that civilizations decay quite leisurely. For 250 years after moral weakening began in Greece with the Sophists, Hellenic civilization continued to produce masterpieces of literature and art. Roman morals began to “decay” soon after the conquered Greeks passed into Italy (146 B.C.), but Rome continued to have great statesmen, philosophers, poets, and artists until the death of Marcus Aurelius (A.D. 180). Politically Rome was at nadir when Caesar came (60 B.C.); yet it did not quite succumb to the barbarians till A.D. 465. May we take as long to fall as did Imperial Rome!

— Even the skeptical historian develops a humble respect for religion, since he sees it functioning, and seemingly indispensable, in every land and age.

— One lesson of history is that religion has many lives, and a habit of resurrection. How often in the past have God and religion died and been reborn! Ikhnaton used all the powers of a pharaoh to destroy the religion of Amon; within a year of Ikhnaton’s death the religion of Amon was restored.28 Atheism ran wild in the India of Buddha’s youth, and Buddha himself founded a religion without a god; after his death Buddhism developed a complex theology including gods, saints, and hell.

— Generally religion and puritanism prevail in periods when the laws are feeble and morals must bear the burden of maintaining social order; skepticism and paganism (other factors being equal) progress as the rising power of law and government permits the decline of the church, the family, and morality without basically endangering the stability of the state.

— There is no significant example in history, before our time, of a society successfully maintaining moral life without the aid of religion.

— The experience of the past leaves little doubt that every economic system must sooner or later rely upon some form of the profit motive to stir individuals and groups to productivity. Substitutes like slavery, police supervision, or ideological enthusiasm prove too unproductive, too expensive, or too transient.

— We conclude that the concentration of wealth is natural and inevitable, and is periodically alleviated by violent or peaceable partial redistribution. In this view all economic history is the slow heartbeat of the social organism, a vast systole and diastole of concentrating wealth and compulsive recirculation.

— Since men love freedom, and the freedom of individuals in society requires some regulation of conduct, the first condition of freedom is its limitation; make it absolute and it dies in chaos.

— If we were to judge forms of government from their prevalence and duration in history we should have to give the palm to monarchy; democracies, by contrast, have been hectic interludes.

— There may be a redivision of the land, but the natural inequality of men soon re-creates an inequality of possessions and privileges, and raises to power a new minority with essentially the same instincts as in the old.

— Every advance in the complexity of the economy puts an added premium upon superior ability, and intensifies the concentration of wealth, responsibility, and political power.

— Education has spread, but intelligence is perpetually retarded by the fertility of the simple.

— War is one of the constants of history, and has not diminished with civilization or democracy. In the last 3,421 years of recorded history only 268 have seen no war.

— “Polemos pater panton” said Heracleitus; war, or competition, is the father of all things, the potent source of ideas, inventions, institutions, and states. Peace is an unstable equilibrium, which can be preserved only by acknowledged supremacy or equal power.

— History repeats itself in the large because human nature changes with geological leisureliness, and man is equipped to respond in stereotyped ways to frequently occurring situations and stimuli like hunger, danger, and sex.

— When the group or a civilization declines, it is through no mystic limitation of a corporate life, but through the failure of its political or intellectual leaders to meet the challenges of change. The challenges may come from a dozen sources, and may by repetition or combination rise to a destructive intensity. Rainfall or oases may fail and leave the earth parched to sterility. The soil may be exhausted by incompetent husbandry or improvident usage. The replacement of free with slave labor may reduce the incentives to production, leaving lands unfilled and cities unfed. A change in the instruments or routes of trade—as by the conquest of the ocean or the air—may leave old centers of civilization becalmed and decadent, like Pisa or Venice after 1492. Taxes may mount to the point of discouraging capital investment and productive stimulus. Foreign markets and materials may be lost to more enterprising competition; excess of imports over exports may drain precious metal from domestic reserves. The concentration of wealth may disrupt the nation in class or race war. The concentration of population and poverty in great cities may compel a government to choose between enfeebling the economy with a dole and running the risk of riot and revolution. Since inequality grows in an expanding economy, a society may find itself divided between a cultured minority and a majority of men and women too unfortunate by nature or circumstance to inherit or develop standards of excellence and taste. As this majority grows it acts as a cultural drag upon the minority; its ways of speech, dress, recreation, feeling, judgment, and thought spread upward, and internal barbarization by the majority is part of the price that the minority pays for its control of educational and economic opportunity. As education spreads, theologies lose credence, and receive an external conformity without influence upon conduct or hope. Life and ideas become increasingly secular, ignoring supernatural explanations and fears. The moral code loses aura and force as its human origin is revealed, and as divine surveillance and sanctions are removed. In ancient Greece the philosophers destroyed the old faith among the educated classes; in many nations of modern Europe the philosophers achieved similar results.

— We have multiplied a hundred times our ability to learn and report the events of the day and the planet, but at times we envy our ancestors, whose peace was only gently disturbed by the news of their village.

— If progress is real despite our whining, it is not because we are born any healthier, better, or wiser than infants were in the past, but because we are born to a richer heritage, born on a higher level of that pedestal which the accumulation of knowledge and art raises as the ground and support of our being. The heritage rises, and man rises in proportion as he receives it.