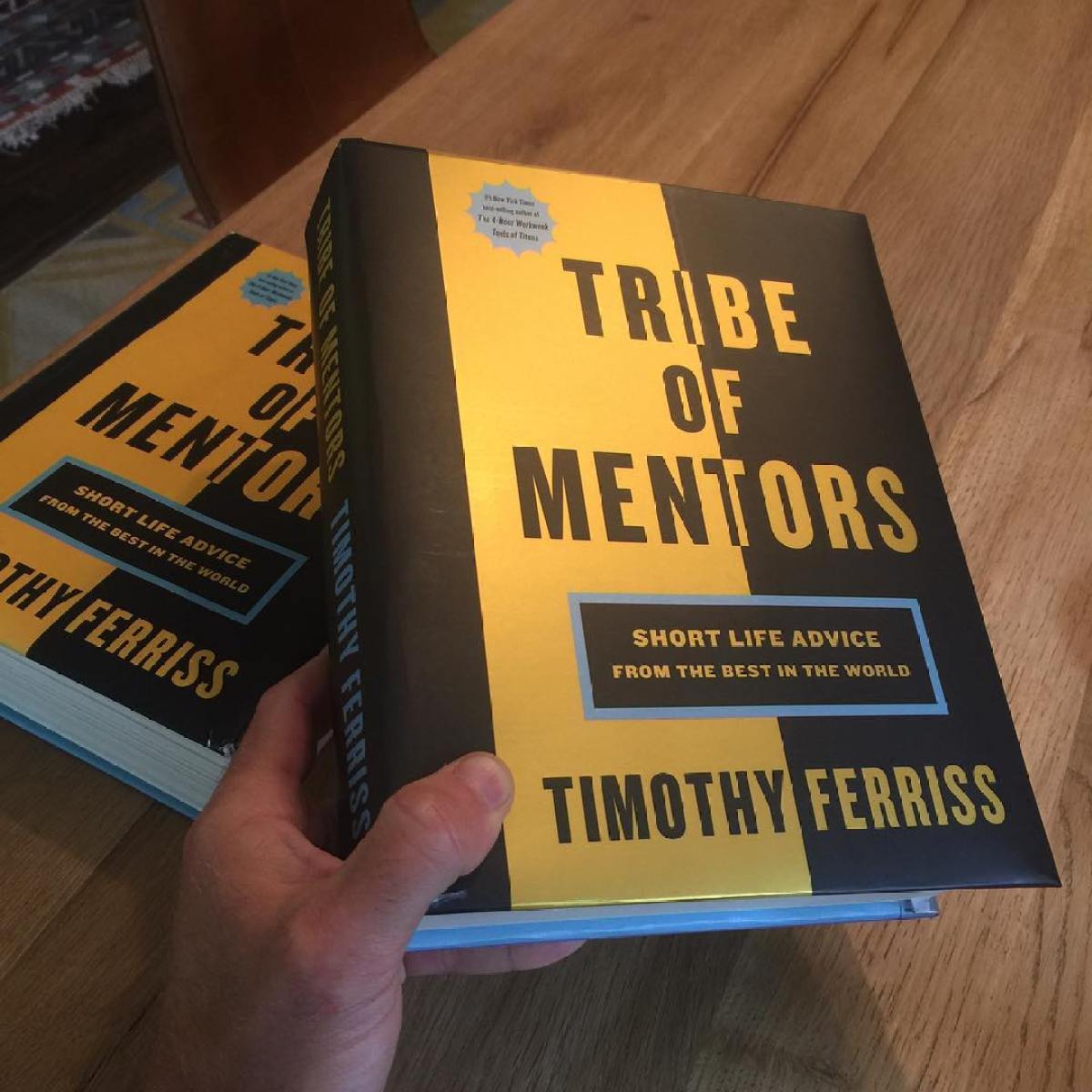 Tim Ferriss does some extraordinarily good books and Tribe of Mentors was no exception. Here’s the description of the book:

Tim Ferriss, the number-one New York Times best-selling author of The 4-Hour Workweek, shares the ultimate choose-your-own-adventure book – a compilation of tools, tactics, and habits from 130+ of the world’s top performers. From iconic entrepreneurs to elite athletes, from artists to billionaire investors, their short profiles can help you answer life’s most challenging questions, achieve extraordinary results, and transform your life.

Why would you not want to get suggestions from a large group of high performing winners about how to be more successful? The fact that there are so many of them adds to the appeal. What you are about to read are quotes from a variety of different people that were interviewed in the book. These are the standouts. Enjoy!

— The superheroes you have in your mind (idols, icons, elite athletes, billionaires, etc.) are nearly all walking flaws who’ve maximized one or two strengths. Humans are imperfect creatures. You don’t “succeed” because you have no weaknesses; you succeed because you find your unique strengths and focus on developing habits around them…

— “I’ve learned to envision the ideal end to any project before I begin it now—even the best gigs don’t last forever.”

— I have a friend at the gym who knew Jack LaLanne (Google him if the name is unfamiliar). Jack used to say it’s okay to take a day off from working out. But on that day, you’re not allowed to eat. That’s the short way of saying you’re not really allowed to get unfocused. Take a vacation. Gather yourself. But know that the only reason you’re here on this planet is to follow your star and do what the Muse tells you. It’s amazing how a good day’s work will get you right back to feeling like yourself.

— Real work and real satisfaction come from the opposite of what the web provides. They come from going deep into something—the book you’re writing, the album, the movie—and staying there for a long, long time.

— In the last five years, what have you become better at saying no to? My biggest shift came after listening to a successful CEO talk about his philosophy for hiring people. When his company grew and he ran out of time to interview people himself, he had his employees rate new candidates on a 1–10 scale. The only stipulation was they couldn’t choose 7. It immediately dawned on me how many invitations I was receiving that I would rate as a 7—speeches, weddings, coffees, even dates. If I thought something was a 7, there was a good chance I felt obligated to do it. But if I have to decide between a 6 or an 8, it’s a lot easier to quickly determine whether or not I should even consider it.

— We do the things we want to do, period. If we say we are too busy, it is shorthand for “not important enough.” It means you would rather be doing something else that you consider more important. That “thing” could be sleep, it could be sex, or it could be watching Game of Thrones. If we use busy as an excuse for not doing something what we are really, really saying is that it’s not a priority.

— When it comes to my work “yes” list, I think about what I might call the Epitaph Test. When I find myself with an opportunity, I ask myself whether I’d be happy if my epitaph had something to do with this project. If the answer is a clear no, it probably means it’s not actually very important to me. Thinking about your epitaph, as morbid as it is, is a nice way to cut through all the noise and force yourself to look at your work from a super zoomed-out perspective, where you can see what really matters to you.

— Our culture puts such a premium on the notion of originality, but when you really examine just about any “original” thought or work, you find it’s a composite of previous influences. Everything’s a remix.

— Anybody can talk about why something’s bad. Try doing something good.

— So I’m not saying you’re a bad person if you want to be famous. I’m just saying you might be heading down a path that won’t lead to happiness. Of the famous people I know, the ones who are happy aren’t happy because of the fame. They’re happy for the same reasons everybody else is: because they’re healthy, because they have good people around them, and because they take satisfaction in what they do, regardless of how many millions of strangers are watching.

— If you could have a gigantic billboard anywhere with anything on it, what would it say and why? “Every day is an opportunity to create a living masterpiece.” We have far more control in our lives than many embrace. We create or co-create our experiences in life, and each day is a new opportunity to be fully engaged in the present moment. It’s the present moment where glimpses of our potential are revealed and expressed. A living masterpiece is not drawn on a canvas or etched in stone or inked by pen. It’s the pursuit and expression of applied insight and wisdom.

— What advice would you give to a smart, driven college student about to enter the “real world”? What advice should they ignore? Find a new topic or area or concern that has a small number of people you respect behind it, but which has not become a culture-wide fad or conventional wisdom. If it’s already common knowledge, it’s probably too late to make a major contribution. If you’re the only one excited, you may be deluding yourself.

— There is no one right answer . . . only better questions.

— Based on everything I’ve seen, a simple recipe can work: focus on what’s in front of you, design great days to create a great life, and try not to make the same mistake twice. That’s it. Stop hitting net balls and try something else, perhaps even the opposite. If you really want extra credit, try not to be a dick, and you’ll be a Voltron-level superstar.