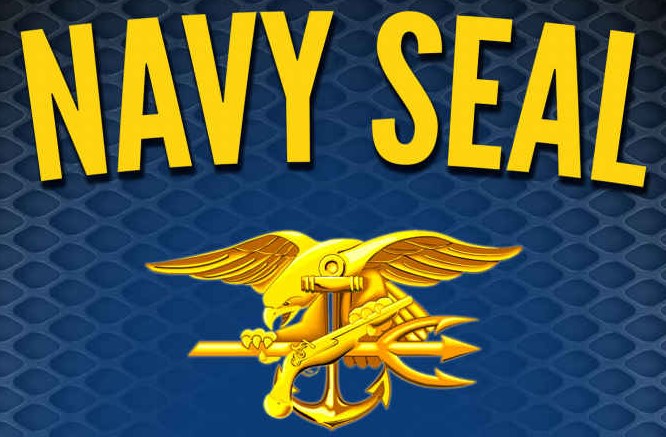 “Of every one hundred men, ten shouldn’t even be there, eighty are nothing but targets, nine are real fighters… We are lucky to have them… They make the battle. Ah, but the One… One of them is a Warrior… and He will bring the others back.” ~Hericletus, 500 B.C.

“It is a rough road that leads to the heights of greatness.” ~Seneca, 50 A.D.

“No matter what happens, I simply refuse to lose. To me, it’s really that simple. I approach anything thought to be difficult with an attitude of “I’ll do this or die trying.”

One of the SEALs interviewed for this book stated that during BUDS he would literally break down each training day into dozens of separate events starting from the moment he woke up. He said that once he was done shaving and brushing his teeth, he’d say to himself, “OK — got that done — you’re a winner! Now, let’s get dressed.” Next, he would focus on getting dressed in the proper uniform for the day’s first training event and when he did that he would again mentally reaffirm to himself that he had once again “been a winner” and was ready for the next “event” which was to clean his barracks room with his roommates. After successfully completing this task (and “winning” once again!), he’d fall out for morning formation with the rest of his class and run a mile to the chow hall for breakfast.

Simply stated, the “4 x 4 breathing” technique is executed by inhaling deeply (as if you are trying to fill up your lungs!) for four seconds and then exhaling in a steady and even manner for four seconds. This sequence must be continuously repeated for at least one minute to be effective, and many SEALs find that doing it for longer periods of 2-4 minutes produces even better results for them.

In his highly acclaimed book “On Combat,” retired U.S. Army Lieutenant Colonel David Grossman describes how heart rate affects performance under stressful conditions. His research, which has been validated by previous and subsequent studies, indicates that in general, the higher the heart rate, the more a human body relies on instincts when responding to dangerous situations, threats, problems, etc. The problem with this is that during times of great stress, a person’s instincts are often wrong.

If confidence is contagious, it is also highly visible. If you ever get the chance to meet or observe a Navy SEAL, you will invariably agree that young or old, he carries himself with an aura of quiet confidence and bearing. While their personalities range from introvert to extrovert, SEALs literally walk and talk as if they are in complete control of themselves and the environment they are in.

Addictions: People lacking confidence often resort to destructive behavior such as overeating, abuse of alcohol or drugs in order to cope with their feelings of inadequacy.

Most planning experts agree that the majority of people, organizations, etc., that fail to reach their goals do so because they did not apply an adequate form of measurement to keep track of their progress.

The guys that start BUDS thinking that they won’t make it… DON’T MAKE IT! Those who begin BUDS with an “I will die before I quit” mentality are the guys who are standing tall on graduation day!

I saw many people quit at BUDS who had all the necessary attributes and traits required to serve as a SEAL, except one — the ability to remain mentally focused when faced with continuous and very stressful challenges or situations. I also saw many make it through the course who were quite ordinary from a physical standpoint, yet they kept going day after day, evolution after evolution. At some point they seemed to arrive at a mental state that basically said, “Others have made it through this course and I can too!”

The common denominator among these men was the fact that they all had a very strong competitive personality and they really enjoyed competing against challenges most others found too difficult or even impossible to overcome.

In the SEAL culture, winning and accomplishing the mission at hand is to be done at all costs.

Instead of thinking about the entire 6-month course, the week’s training schedule or even the daily schedule, many trainees focus on literally getting by one small event at a time, be it getting dressed, eating breakfast, running to the obstacle course, completing the obstacle course within standards, etc. — the focus is on successive micro-evolutions or time frames.

The really tough guys never whined or made excuses about anything. They were often brutally critical of themselves and their units and they were always focused on whatever actions were necessary to achieve the mission at hand.

Toughness involves having control over your thoughts. In a situation where your fitness level is not where you want it to be and your negative thoughts are getting the best of you, you have a choice. You can let the negative thoughts take over and drain you of energy, or you can consciously choose positive thoughts that empower you and push you to press on.

Mental toughness in this situation means consciously noticing the things that you are able to do well and honoring your efforts with positive thoughts.