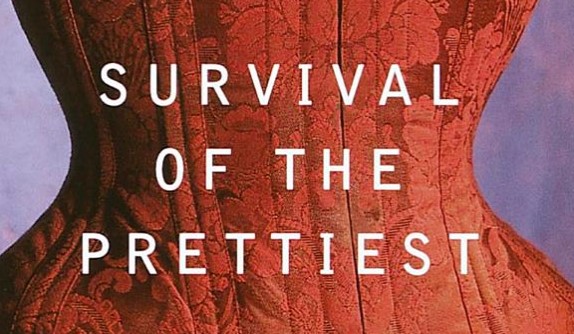 Everyone knows looks are important, but if you’ve never read Nancy Etcoff’s Survival of the Prettiest: The Science of Beauty, then you probably don’t know just how important.

Kathy Davis, a professor at the University of Utrecht, watched as more than fifty people tried to persuade surgeons in the Netherlands to alter their appearance. Except for a man with a “cauliflower nose,” she was unable to anticipate which feature they wanted to alter just by looking at them. — P.5

We are always sizing up other people’s looks: Our beauty detections never close up shop and call it a day. We notice the attractiveness of each face we see as automatically as we register whether or not they look familiar. Beauty detectors can scan the environment like radar: we can see a face for a fraction of a second (150 msec. in one psychology experiment) and rate its beauty, even give it the same rating we would give it on longer inspection. — P.7

In 1957, Brigitte Bardot was twenty-three years old and had starred in the film And God Created Woman. That year, the magazine Cinemonde reported that a million lines had been devoted to her in the French dailies, and two million in the weeklies, and that this torrent of words was accompanied by 29,345 images of her. Cinemonde even reported that she was the subject of forty-seven percent of French conversation. — P.9

Symmetry, proportion, and in particular the ratio of waist to hip size, can be more powerful determiners of the beauty of a woman’s (or a man’s) body than absolute weight (barring extremes of obesity or emaciation.). — P.26

Langlois collected hundreds of slides of people’s faces and asked adults to rate them for attractiveness. When she presented these faces to three – and six-month-old-babies, they stared significantly longer at the faces that adults found attractive. The babies gauged beauty in diverse faces: They looked longer at the most attractive men, women, babies, African-Americans, Asian-Americans, and Caucasians. — P.31-32

When abused children under court protection were studied in California and Massachusetts, it turned out that a disproportionate number of them were unattractive. …abused kids had head and face proportions that made them look less infantile and cute. Such children may be more likely to suffer abuse because their faces do not elicit the automatic reaction of protection and care infantile faces do. — P.36

When people are asked to approach a stranger and stop when they no longer feel comfortable, they will stop about two feet away from a tall person (22.7 inches to be exact) but less than a foot (9.8 inches) from a short person. — P.46

Psychologists set up a study in which women and men talked on the telephone for ten minutes; during this time the men were told to try to get to know the women. Each man had been given a Polaroid snapshot of the woman they were supposed to be talking with. In their mind’s eye, the phone companion was beautiful or ugly. In fact, all men were talking to the same woman. The really interesting part of this study is that the women became more animated and confident in conversations with men who believed her to be good-looking. — P.48

For most of human history, people mated in their teenage years and conceived a first baby by age twenty: being a teenager was all about courting and choosing. In many parts of the world it still is. When anthropologist Suzanne Frayser surveyed four hundred and fifty-four traditional cultures, she found that the highest frequency of brides was in the twelve to fifteen years old age category, and the largest age category for grooms was eighteen. — P.57

In 1939 men and women were asked how important good looks are in a marriage partner. On a 0-3 scale, men ranked looks at 1.5 and women ranked them at .94. In 1989, when men and women were asked the same question, looks had become more important for both sexes but the male-female difference remained stable. Men rated the importance of looks as 2.1, and women ranked them at 1.67. Men value looks more than women in virtually every culture where the question has been asked…In none of the cultures studied did women care more about the looks of their partners than men did. — P.61

The best-looking girls in high school are more than ten times as likely to get married as the least good-looking. — P.65

In David Buss’s study, women valued good financial prospects more than men did in thirty-six of thirty-seven cultures (in Spain the difference between the sexes was not significant), and valued qualities such as ambitiousness that lead to financial success in thirty-four of the cultures. — P.75

Good-looking women are the most likely to be sexually harassed by male coworkers, who often underestimate how unacceptable sexual aggression is to women. For example, asked how they would feel if they knew a coworker wanted to have sex with them, sixty-four percent of women said “insulted,” sixty-seven percent of men said “flattered.” — P.84

Tattooing is believed to have originated in Nubia, in the fourth century B.C. — P.99

In the highlands of New Guinea tribesmen think that the ghosts of ancestors lodge in the hair and that baldness is a sign that the ancestors have abandoned a man. — P.121

If we are used to seeing faces with short wide noses, long thin noses will capture our attention. This is one reason why people from other races “all look alike” when we encounter them for the first time — not because they look different, but because they all look different in the same way. — P.136

Our age and sex have little influence on our beauty judgments. As we have seen, three month-old babies gaze longer at faces that adults find attractive. Seven-year-olds, twelve-year-olds, seventeen-year-olds, and adults do not differ significantly in their ratings of the attractiveness of the faces of children and adults. — P.138

Yet, in one study of married couples, less than one percent (.3%) of women were taller than their husbands, a percentage considerably less than would have been expected by chance. — P.175

Men have less body fat than women (twenty-five to twenty-seven percent body fat is the average for women, versus fifteen percent for men)… — P.177

Women are heavily rewarded for their looks in a way that they are not always rewarded for other assets, and it is only natural that they put some of their resources into its cultivation. — P.243