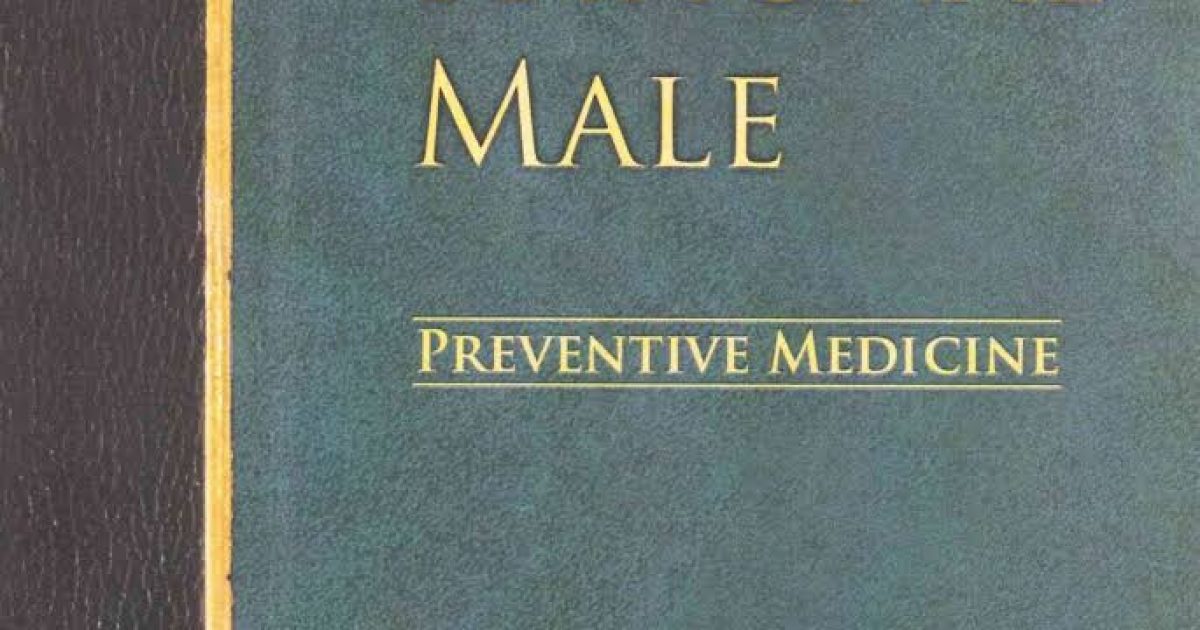 Rollo Tomassi has written three outstanding books and these are the best quotes from his 2nd one Preventive Medicine: The Rational Male. The book is well worth reading and I think as you read these quotes, you’ll start to see why.

— These physical arousal cues girls find primarily attractive in adolescent boys (later men) will continue for the better part of a woman’s life, but during a girl’s formative years her foremost attraction is for the ‘hawt guy’ with a good body, the correct eye color, facial symmetry and the right haircut. Between the ages of 15 and 25 young women associate and prioritize their sexual selectivity according to men’s physical features.

— The short version for teenage Game (when you’re in high school) is that looks, physique and physical prowess are a girl’s attraction priority.

— It may be hard to believe, but it is often easier to bed a very young woman than an older woman, if you are an older man. This is because 20-40% of women are specifically attracted to older men.

— Ultimatums are declarations of powerlessness because you are resorting to a direct threat to get someone to do what you want them to, and in doing so you overtly confess your weak position. If a woman were in a genuine position of control it wouldn’t be necessary to resort to an ultimatum; she’d simply use that control (as she likely did in her Party Years). There are many ways to effect a change in another person, but ultimatums will never prompt a genuine change. If they change behavior it’s prompted by the threat, not unprompted, organic desire.

— One of the primary tenets of my Game philosophy is that true desire cannot be negotiated.

— As is the wont for a feminized media, the focus is on men who divorce their wives, but statistically it’s women who initiate over 70% of all divorces. That’s an important statistic to bear that in mind when considering the psychological impetus for women’s Redevelopment Phase.

— An important part of the Red Pill is learning that the most memorable acts of love a man can commit with a woman are acts of (seeming or genuine) spontaneity and never apparently and overtly planned (and yes, that applies to sex as well).

— What men fail to ever consider is that women’s hypergamic based love always considers what he is, before she invests herself in who he is.

— In most popular stories Beta men may be protagonists, but they’re never really heroes. Every movie, that I can remember, that has a Beta as a protagonist has been a comedy; Beta males are good for laughing at – no one actually admires them

— Women form the most secure emotional attachments to men 1-2 SMV steps above themselves.

— Sex differences, biologically and psychologically, didn’t evolve for hundreds of thousands of years to be co-equal partnerships based on humanistic (or moralistic) idealism. They evolved into a complementary form of support where the aspects of one sex’s strengths compensated for the other’s weaknesses and vice versa.

— According to a recent study by iVillage, less than half of wedded women married the person who was the best sex of their lives (52 percent say that was an ex.) In fact, 66 percent would rather read a book, watch a movie or take a nap than sleep with a spouse.

— It is a simple observance of fact that rejection is an integral aspect of being male. Get used to it.

— Right about now I’m sure various male readers are thinking, “f*ck this, I’m gonna be who I am and any girl who can’t appreciate me for me is low quality anyway.” This will probably piss you off, but this is exactly the Blue Pill mental-it most ‘just be yourself’ Betas adopt for themselves. It’s actually a law of power to despise what you can’t have, and deductively it makes sense, but the fact still remains, as a man you will always be evaluated by your performance. So even with a ‘f*ck it, I’ll just be me’ mindset you’re still being evaluated on how well ‘you are just you’.

— Women want a bulwark against their own emotionalism, not a co-equal male emoter whose emotionalism would compete with her own. The belief that male vulnerability is a strength is a slippery slope from misguided attraction to emotional codependency, to overt dependency on a woman to accommodate and compensate for the weaknesses that vulnerability really implies.

— Nothing is more threatening yet simultaneously attractive to a woman than a man who is aware of his own value to women.

— Women are dream killers. Not because they have an agenda to be so, but because men will all too willingly sacrifice their ambitions for a steady supply of p*ssy and the responsibilities that women attach to this.

— Iron Rule of Tomassi #1   Frame is everything. Always be aware of the subconscious balance of who’s frame in which you are operating. Always control the Frame, but resist giving the impression that you are.

— I had a commenter drop the following in one of my related threads:   I think men have no innate desire to marry up. Hypergamy doesn’t compute for us. I know what hunger feels like and I assume women feel it the same way I do. I’m empathetic to poor, hungry children because I know what they’re feeling. However I have no idea what hypergamy feels like. I’ve never felt it’s pull.

— Some men do in fact buy the sports car, get the new hotty wife or act in some fashion that appears reckless and irresponsible. This isn’t due to infantilism, but rather a new understanding of their own position as men. They’ve “lived responsibly” for so long and for so little appreciation that when that true realization is made they feel the need to move. The true nature of the Game that’s been perpetrated on them becomes clear and they need to react.   They’ve become respected, put in the hours, the sacrifice, the censoring of their own views, priorities and imperatives. They realize now that they’ve sold off true passions in favor of maintaining what others have told him was his responsibility   – whether it was his choice or not.   And all for what? A fat wife? A shrew? Maybe even a fantastic marriage and a wonderful family life, but also a nagging doubt about not seeing enough of the world or accomplishing what he wanted to do by 40 because of it – a nagging doubt that he’s not living up to his curse of potential.

— Increasingly ‘career women’ desiring to finally start a family at age 35 find that men – particularly the ones that meet their equalist provisioning criteria – in their age range (33-38) are not interested in women (to say nothing of ‘career women’) of their age. They’re interested in the 22 year olds who wouldn’t give them the time of day when they didn’t have the status (or maturity) that they’ve just dis-covered they now have.

— Most women in western culture who find themselves single at 38-42 are there after an earlier life that didn’t go as planned. They almost universally carry some kind of baggage.

— While a hot piece of @ss is it’s own motivation, I think on some level, after the necessary experiences, sacrifices and time it takes to get to a point of personal maturity, we see a younger woman with less baggage as a sort of double bonus.

— Mostly to their detriment, the vast majority of men follow a deductive, but anti-seductive, Beta Game plan of comfort, identification, familiarity and patience with women in the hopes that what they hear women tell them is the way to their intimacy will eventually pan out for them. Their Beta Game plan is in fact to prove they “aren’t just in it for the sex” in order to get to a point of having sex with a particular woman.