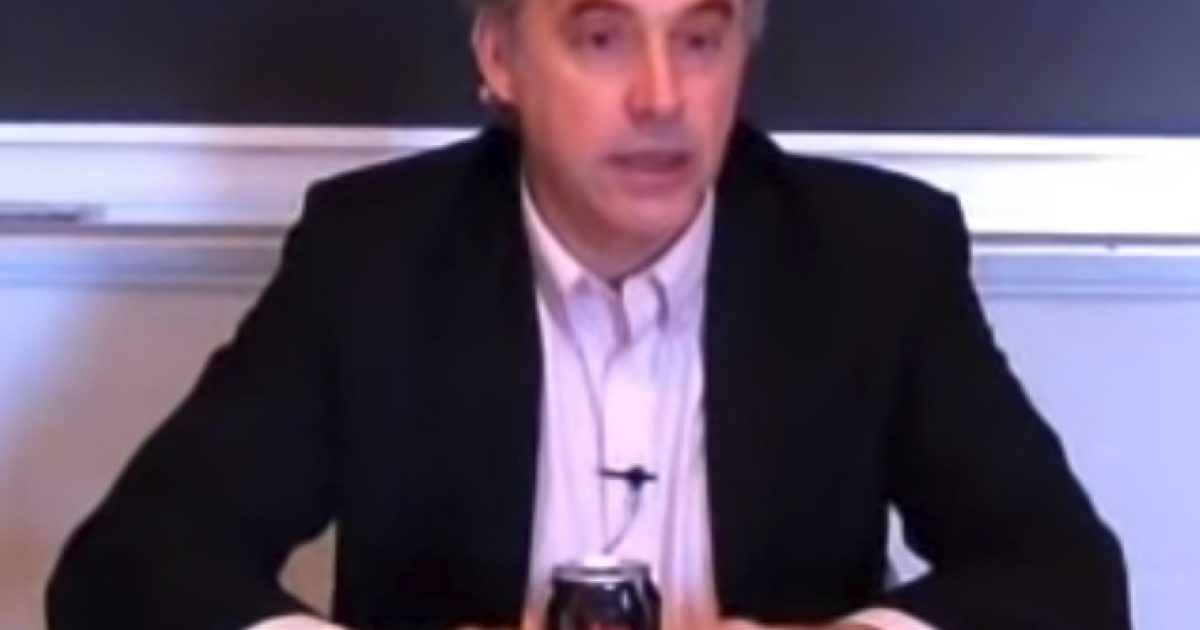 Jordan Peterson’s much-discussed book 12 Rules for Life: An Antidote to Chaos is an interesting read. Peterson weaves together talk about society, men’s rights, Christianity, and life advice in a unique circuitous writing style. Peterson seldom goes straight from point A to point B in his writing. He’ll wander off in seemingly odd directions, but more often than not he’ll veer back on the path to a profound revelation or at least a helpful bit of advice. The book contains a number of outstanding quotes. Here are the best of them.

1. “Even more problematic is the insistence logically stemming from this presumption of social corruption that all individual problems, no matter how rare, must be solved by cultural restructuring, no matter how radical. Our society faces the increasing call to deconstruct its stabilizing traditions to include smaller and smaller numbers of people who do not or will not fit into the categories upon which even our perceptions are based. This is not a good thing. Each person’s private trouble cannot be solved by a social revolution, because revolutions are destabilizing and dangerous.”

2. “And even if it were possible to permanently banish everything threatening—everything dangerous (and, therefore, everything challenging and interesting), that would mean only that another danger would emerge: that of permanent human infantilism and absolute uselessness. How could the nature of man ever reach its full potential without challenge and danger? How dull and contemptible would we become if there was no longer reason to pay attention? Maybe God thought His new creation would be able to handle the serpent, and considered its presence the lesser of two evils.”

3. “I have had many clients whose anxiety was reduced to subclinical levels merely because they started to sleep on a predictable schedule and eat breakfast.”

4. “Consider this, as well, in regard to oppression: any hierarchy creates winners and losers. The winners are, of course, more likely to justify the hierarchy and the losers to criticize it.”

5. “Chaos, the eternal feminine, is also the crushing force of sexual selection. Women are choosy maters (unlike female chimps, their closest animal counterparts). Most men do not meet female human standards. It is for this reason that women on dating sites rate 85 percent of men as below average in attractiveness.”

6. “Success: that’s the mystery. Virtue: that’s what’s inexplicable. To fail, you merely have to cultivate a few bad habits. You just have to bide your time. And once someone has spent enough time cultivating bad habits and biding their time, they are much diminished.”

8. “There’s some real utility in gratitude. It’s also good protection against the dangers of victimhood and resentment. Your colleague outperforms you at work. His wife, however, is having an affair, while your marriage is stable and happy. Who has it better? The celebrity you admire is a chronic drunk driver and bigot. Is his life truly preferable to yours?”

9. “Imagine a toddler repeatedly striking his mother in the face. Why would he do such a thing? It’s a stupid question. It’s unacceptably naive. The answer is obvious. To dominate his mother. To see if he can get away with it. Violence, after all, is no mystery. It’s peace that’s the mystery. Violence is the default. It’s easy. It’s peace that is difficult: learned, inculcated, earned.”

10. “The only time no ever means no in the absence of violence is when it is uttered by one civilized person to another.”

11. “This is not to say that Christianity was without its problems. But it is more appropriate to note that they were the sort of problems that emerge only after an entirely different set of more serious problems has been solved. The society produced by Christianity was far less barbaric than the pagan—even the Roman—ones it replaced.”

12. “To say it again: it is the greatest temptation of the rational faculty to glorify its own capacity and its own productions and to claim that in the face of its theories nothing transcendent or outside its domain need exist. This means that all important facts have been discovered. This means that nothing important remains unknown.”

13 .“Often alcohol is involved, as it is in most sexual assault cases. Alcohol can cause ambiguity. That’s partly why people drink. Alcohol temporarily lifts the terrible burden of self-consciousness from people. Drunk people know about the future, but they don’t care about it. That’s exciting. That’s exhilarating. Drunk people can party like there’s no tomorrow. But, because there is a tomorrow—most of the time—drunk people also get in trouble.”

14. “Perhaps your unhappiness is justified, under the current circumstances. Perhaps any reasonable person would be displeased and miserable to be where you are. Alternatively, perhaps, you are just whiny and immature? Consider both at least equally probable, as terrible as such consideration might appear. Just exactly how immature might you be? There’s a potentially bottomless pit. But at least you might rectify it, if you can admit to it.”

15. “They weren’t trying to be safe. They were trying to become competent—and it’s competence that makes people as safe as they can truly be.”

16. “Girls can win by winning in their own hierarchy—by being good at what girls value, as girls. They can add to this victory by winning in the boys’ hierarchy. Boys, however, can only win by winning in the male hierarchy. They will lose status, among girls and boys, by being good at what girls value. It costs them in reputation among the boys, and in attractiveness among the girls. Girls aren’t attracted to boys who are their friends, even though they might like them, whatever that means. They are attracted to boys who win status contests with other boys.”

18. “When softness and harmlessness become the only consciously acceptable virtues, then hardness and dominance will start to exert an unconscious fascination. Partly what this means for the future is that if men are pushed too hard to feminize, they will become more and more interested in harsh, fascist political ideology.”

19. “You don’t get peace by being right. You just get to be right, while your partner gets to be wrong—defeated and wrong. Do that ten thousand times and your marriage will be over (or you will wish it was).”

20. “It took untold generations to get you where you are. A little gratitude might be in order. If you’re going to insist on bending the world to your way, you better have your reasons.”

21. “In the West, we have been withdrawing from our tradition- religion- and even nation-centred cultures, partly to decrease the danger of group conflict. But we are increasingly falling prey to the desperation of meaninglessness, and that is no improvement at all.”

22. “It is far better to render beings in your care competent than to protect them.”

23. “As the Christian revolution progressed, however, the impossible problems it had solved disappeared from view. That’s what happens to problems that are solved. And after the solution was implemented, even the fact that such problems had ever existed disappeared from view. Then and only then could the problems that remained, less amenable to quick solution by Christian doctrine, come to occupy a central place in the consciousness of the West—come to motivate, for example, the development of science, aimed at resolving the corporeal, material suffering that was still all-too-painfully extant within successfully Christianized societies. The fact that automobiles pollute only becomes a problem of sufficient magnitude to attract public attention when the far worse problems that the internal combustion engine solves has vanished from view. People stricken with poverty don’t care about carbon dioxide. It’s not precisely that CO2 levels are irrelevant. It’s that they’re irrelevant when you’re working yourself to death, starving, scraping a bare living from the stony, unyielding, thorn-and-thistle-infested ground. It’s that they’re irrelevant until after the tractor is invented and hundreds of millions stop starving.”

This originally ran on PJ Media.