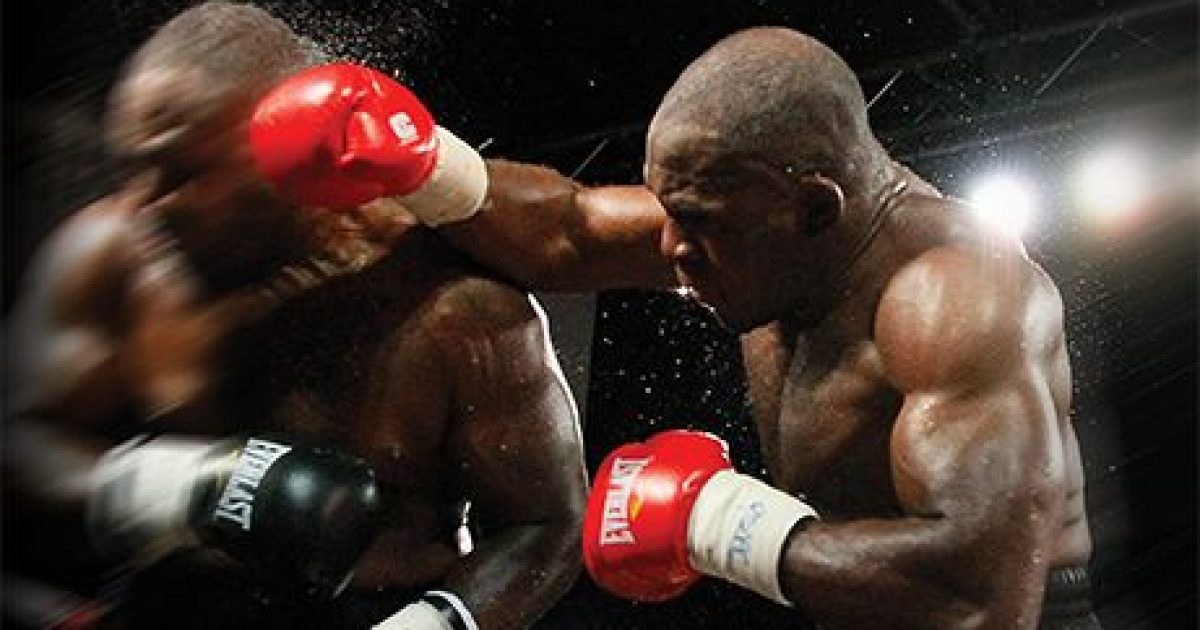 Ed Latimore’s book, “Not Caring What Other People Think Is a Super Power: Insights From A Heavyweight Boxer” is well worth a read. Philosophically, Latimore and I are on the same page and I think you can benefit a lot from this book. Enjoy the quotes!

“Every day do something that makes you nervous. The nervousness normally holds you back but now, as long as it won’t cause you physical harm, do it.”

“The difficulty of a task is irrelevant if it is essential to your success.”

“Once you know what needs to be done to get what you want, nothing else matters. The difficulty and duration of the task is irrelevant. The only question is “Can this be done faster or more efficiently?” How you feel about the task doesn’t matter. Your energy level doesn’t matter. The arguments you had or the people making fun of you don’t matter. The only thing that is relevant is doing what you must to get what you want out of this life. Never forget: at the end of the day, no one cares about your desires but you. Either you make them happen or they never will. People can’t read minds.”

“If you haven’t already, pick something you want to excel in. Commit to practicing a little every day. Eliminate other distractions. While it doesn’t need to be the focus of your entire life, you want to develop an appreciation for the commitment it takes to greatly improve your ability at something.”

“Money results from deliberate practice in a difficult and high demand skill.”

“It doesn’t matter how fast or how long it takes because you are increasing your value. Value building is a lifelong process. The more productive and attractive traits you have, the more likely you are to reach success.”

“Not only is success hard to attain but it is fleeting and has to constantly be re-earned.”

“If they’re forced to choose between what’s best and what’s safest, the people closest to you want you to take the safer route.”

“But remember: the human being’s natural tendency is to get as much as it can for as little effort as possible.”

“You must be vigilant against the threat that success brings. When one has everything they could want and the time to enjoy it, they often question why they should keep working so hard.”

“The solution to 98% of your problems is ‘more money’ or ‘more self-control’. The rest are good problems.”

“The world is too hard for most people. To keep people from giving up or checking out, the level of competition in the world has fallen. When things get a little difficult, most people give up. The best things in life are found where the level of stress breaks most people. If you can learn to thrive here, then you will be a winner. This is guaranteed.”

“Givers need to set limits because takers rarely do.”

“If you don’t aim too high, then you’re aiming too low.  Always aim farther than the goal. Extra effort acts as insurance against failure.”

“There is a funny thing about the way people interact. The more value a person has, the more people want to be around that person. However, the mere act of raising value means that you will not have the time or energy for most people.”

“The difference between an excuse and a reason is intent. If you don’t intend to accomplish something, you can easily find an excuse. When you are committed to a course of action, you begrudgingly accept a reason it did not happen. This is only after you’ve exhausted all of the options for success.”

“The difference between a good reason and a good excuse is whether you could make this happen if your life was on the line. If the answer is yes, then you have an excuse.”

“This is not so much the path to mediocrity as it is the blueprint for building a woefully average existence. Your entire life is becomes centered around consuming instead of producing anything interesting.”

“Before we go further, you must remember a characteristic of the universe. Nothing in life is neutral. You are either pushing towards or moving away from something. You are either becoming better or worse. Imagine that you continue doing the same thing for the next 10 years that you’ve done for the last 10 years. Human actions and behavior is subject to inflation. The mere fact that you haven’t improved over a decade means that you lost. If you aren’t trying to get better, you’re automatically getting worse.”

“Freedom isn’t the ability to do whatever you want. Freedom is to be free from dependency on things.”

“Fame: People’s willingness to spend time and money to experience you.”

“When a product is claiming that it will reduce the amount of time or effort it takes to do a task that will improve you, you know that it is almost certainly a sham. This works because the average person looks for the easiest path to something. Because of this attitude, they will never accomplish their given aim.”

“You want to create. The masses want you to consume.”

“Always play the long game. Make moves based on the next 3 years, not the next 3 days.”

“We can improve our ability to communicate by learning to be efficient and accurate. There is a piece of wisdom that says ‘If you propose to speak, ask yourself if it’s true, if it’s necessary and if it’s kind’.”

“Never downplay what makes you different. Uniqueness is attractive and powerful. People crave familiarity but are seduced by novelty.”