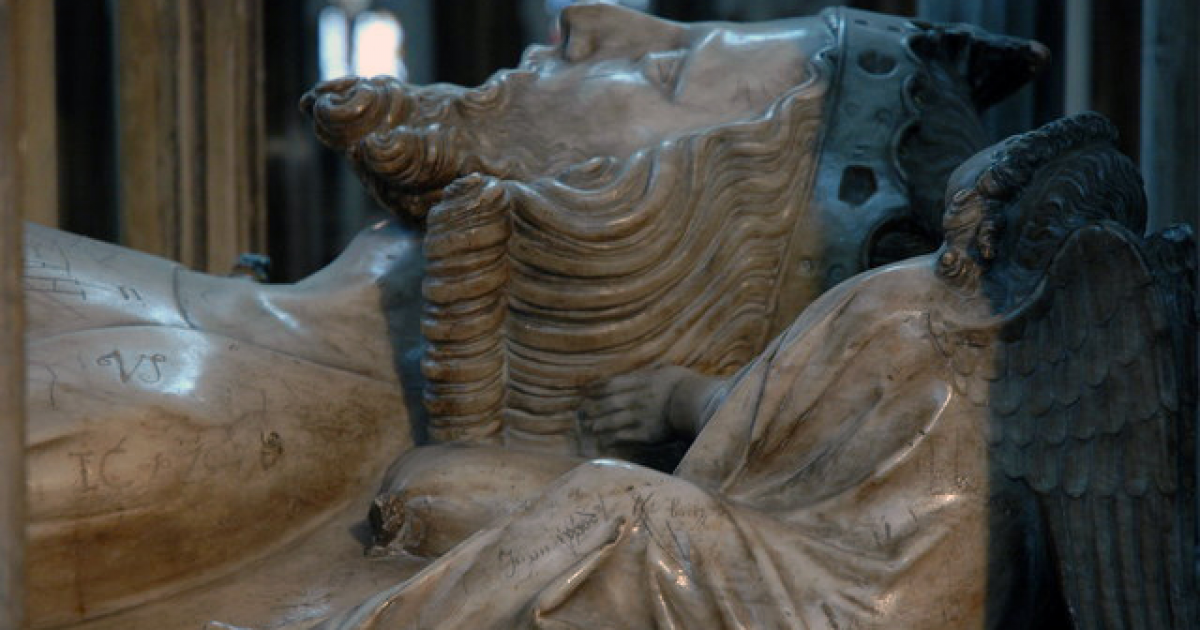 History is filled with stories of glorious leaders who died in blazing glory during the heat of battle –But then there are the rulers who died in strange and disturbing ways. Here’s my countdown of the 8 oddest ways powerful kings had died…

#8 Roman emperor Elagabalus (d. 222) Murdered in the toilet WITH his mom?

He only ruled for 4 years, but in that short period of time he committed a variety of grotesque and debauched acts, enough to make Caligula and Commodus seem rather plain. Self-mutilation, sacrificing children demanding bowls full of children’s intestines and torture. Finally, the people revolted and sought to kill him. He was caught in the privy with his mother, who embraced him and clung tightly to him, perished with him; their heads were cut off and their bodies, after being stripped naked, were first dragged all over the city.

#7 King Alexander Of Greece killed by a monkey

He only had a short three-year reign before his untimely demise at age 27—by a monkey bite. He was walking with his dog outside the palace and was attacked by a monkey. That evening, his wounds became infected; he suffered a strong fever and septicemia set in. His doctors considered amputating his leg, but none wished to take responsibility for so drastic an act. So he died without the life-saving operation.

#6 King James II Of Scotland Killed by his own cannon

A passionate fan of artillery, James II imported cannons from Flanders and was keen to see them in action. He was standing right next to one when, instead of shooting, it exploded when he decided to stand close to and fire to impress his lady love. His thigh was cut right in half and he bled out immediately.

In 211 BC a large meteor is said to have fallen in Dōngjùn in the lower reaches of the Yellow River. On it, an unknown person inscribed the words “The First Emperor will die and his land will be divided”.  When the emperor heard of this, he sent an imperial secretary to investigate this prophecy. No one would confess to the deed, so all the people living nearby were put to death. The stone was then burned and pulverized. He then ordered his physicians to make him immortal. After eating too many mercury pills, which his alchemists and physicians conjured up to make him immortal, he died.

#4 Attila the Hunn Killed by nosebleed!

During his reign, Attila was one of the most feared enemies of the Western and Eastern Roman Empires. The conventional account from Priscus says that Attila was at a feast celebrating his latest marriage, this time to the beautiful young Ildico. During the celebration, however, he suffered a severe nosebleed and choked to death in a stupor. The great Attila the Hunn choked to death on his own blood, HAH!

King Edward II of England was murdered in 1327 by having a red-hot iron inserted into his anus. Before his death, Edward was dethroned and imprisoned by his wife, Queen Isabella, and her lover, Roger Mortimer. Ouch!

Persian forces took the Roman Emperor Valerian (253 to 260 CE) captive as a prisoner of war in 260 CE, with Valerian likely living several more years in captivity. The Persian ruler Shapur poured molten gold down Valerian’s throat. After Valerian’s death, Shapur skinned Valerian’s body, stuffed it with straw and displayed it as a trophy.

Charles was very ill, and his physician ordered him to be completely wrapped from neck to toe in linen cloth soaked in brandy.  One of the doctor’s attendants was sewing up the cloth so that it would be nice and tight. When she finished, she wanted to cut the remaining thread. Since this treatment was performed at night, she didn’t want to use scissors in case she cut the king. Instead, she decided to burn off the thread with a candle. The linen was completely soaked in brandy, so when the lit wick came close, the king went up in flames. YIKES!