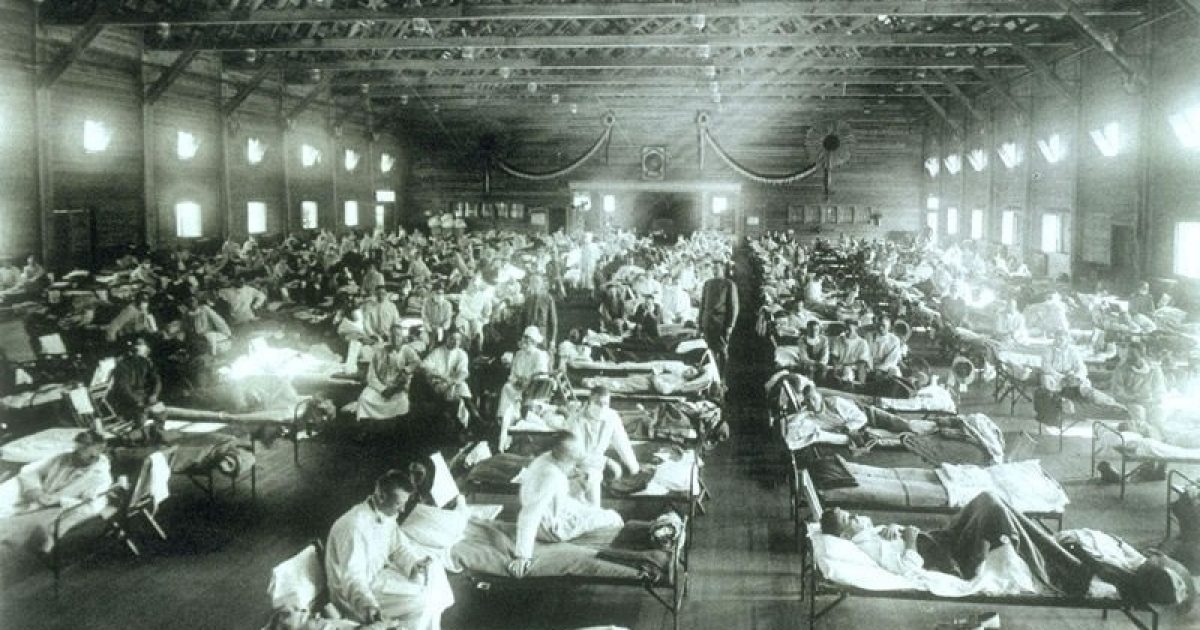 The plague is actually a specific chain of virus called Yersinia pestis. The reason we call massive virus spreading plagues is because that term grew so famous during the Black Death. The Black Death was actually a strain of the Plague virus called the Bubonic Plague. But you didn’t come here just for that, you wanted the biggest EPIDEMICS in history so here they are.

This virus outbreak has been speculated to have originally come from a change in the DNA of some wild ducks in Asia. The flu lasted for two years originating in Asia 1957-58. It killed around 2 million people. This is a pretty low death toll compared to the other plagues on this list!

This plague in 165 AD lasted 35 years and killed more than 5 million people or, at that time, 30% of the population of Rome. It was brought from the east by soldiers coming home after their conquest. Although scientists do not know the exact disease that caused so many deaths, it is speculated to be measles or other diseases like it.

Chicken pox seems to be one of the main starters of plagues. In 1545 the first epidemic of chicken pox was introduced to the Aztecs when the Spaniards started to settle in South America. The epidemic claimed the lives of 15 million Aztecs and allowed the Spaniards to expand.

AIDS is the most recent of these plagues starting from 1981 and is still going on today. It has claimed the lives of more than 30 million people and the death toll continues to increase. In 2005 AIDS/HIV infected just under 5 million people and the numbers aren’t decreasing. Africa seems to be the one that is receiving most of the disease considering 64% of HIV holders are there. The good thing about this pandemic is that it’s preventable. It is a sexually transmitted disease or passed by needle or blood transfusion.

3) The Plague of Justinian

Now we jump far back to Constantinople NOT Istanbul. During the days of the Byzantine empire a nasty little disease called the Bubonic Plague, the same one that would kill European Empires later, killed 20-50 million people. Talk about a ravager of empires! The epicenter of this plague was around Constantinople and its neighboring Mediterranean ports. I wonder what would have happened to the Roman Empire if 13% of their population hadn’t been wiped out.

This Influenza virus got around fast! This virus could get everywhere around the world including islands in the pacific and Atlantic. It infected 500 million people causing death tolls took 1/3rd of the planets population. Said to claim 20-100 million and making it the second most dangerous outbreak in history.

Also known as the Bubonic Plague this plague swept through Europe with no remorse. Because Europeans liked compact housing and streets filled with sewage, they basically asked for some disease in their life. The filth meant rats carrying billions of fleas. Those fleas spread the plague like wildfire. The Black Death spread and killed more than 200 million people wiping out 60% of the population. My son says that,” one good thing to come out of the bubonic plague was the iconic Monty Python saying, “bring out yer dead!”

Because Pfizer & Moderna Have Not Been Brought To Justice For Their Crimes Against Humanity, They Are Now Developing “Booster Shots” For Their Experimental Gene-Altering Injections
June 16th, 2021 Sons of Liberty Media