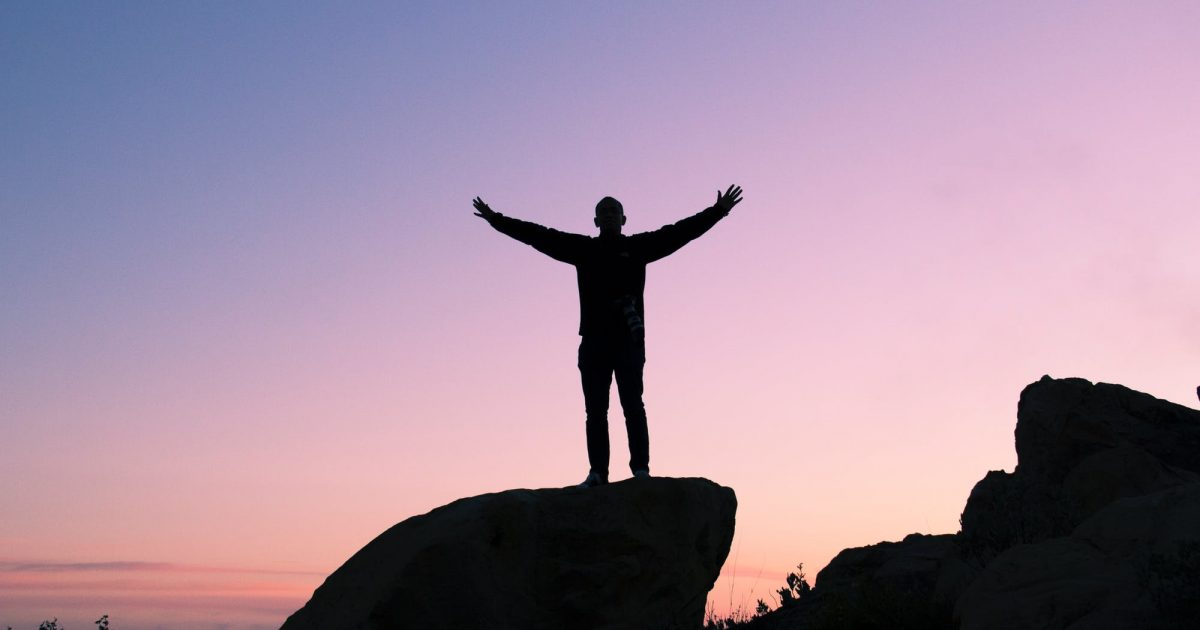 “It is not the critic who counts; not the man who points out how the strong man stumbles, or where the doer of deeds could have done them better. The credit belongs to the man who is actually in the arena, whose face is marred by dust and sweat and blood; who strives valiantly; who errs, who comes short again and again, because there is no effort without error and shortcoming; but who does actually strive to do the deeds; who knows great enthusiasms, the great devotions; who spends himself in a worthy cause; who at the best knows in the end the triumph of high achievement, and who at the worst, if he fails, at least fails while daring greatly, so that his place shall never be with those cold and timid souls who neither know victory nor defeat.” – Teddy Roosevelt

In life, you’ll find that most people never actually get into that arena. Not everybody wants to do it in the first place. The people I feel the worst for aren’t those people—they’re the ones who want to get in the arena and never do. They never go after their dreams; they never go out in a blaze of glory; they never shoot for the stars and hit the moon. Instead, they lie to themselves and in the end, they will go to their graves knowing that they never became what they should have been. If you want more out of life, ask yourself some hard questions and see if you’re lying to yourself.

2. I have a perfectly good excuse!

What was it Jordan Belfort said? “The only thing standing between you and your goal is the bullsh*t story you keep telling yourself as to why you can’t achieve it.” Oh, but not YOUR bullsh*t story. Yours is valid. I’ve known just regular people who drove three hours each way every day to go to work. Of course, that’s not even that impressive compared to Trenton Lewis, who walked eleven miles each way to get to his 4:00 a.m. job. Ronda Rousey is still the best known female MMA fighter in the world and while she was training for her first MMA fights, she was working three jobs to make ends meet. One of the most famous female Olympic athletes of all time, Wilma Rudolph, was lame in one leg because of polio and wore a brace until she was eight years old. Aron Ralston had his arm pinned by a boulder in a canyon and there was no one to help him. So, he CUT OFF his own forearm and hand with a dull two-inch knife to get free and survive (See 127 Hours).  What excuse do you have for why you can’t reach your potential? Well, other people had a better one and they made it anyway. Why not you?

If you’re comfortable, you’re not growing and if you’re not growing, you’re not going to reach your potential or be happy in the long term. As eight-time Mr. Olympia Ronnie Coleman said, “Everybody wants to be a bodybuilder, but nobody wants to lift no heavy-ass weights.” Know why? Because those heavy-ass weights are uncomfortable. Running your own business usually means working when you want to relax or just sleep. Getting an “A” on the test usually means going to all the classes and studying when you’d rather be doing something else. That’s everything that’s worth doing. The only people “growing” while they’re sitting at home drinking Mountain Dew and playing video games are professional gamers and they’re probably working on specific things they need to get better at, which isn’t that much fun either. If you’re not doing things you’d prefer not to do on a regular basis, you’re not going to be great.

4. I can handle it all myself!

One of the biggest lies that “everyone” seems to believe is, “If you build a better mousetrap, the world will beat a path to your door.” In other words, if you are fantastic enough, you will rise to the top. This almost always turns out to be false. It would be closer to the truth to say, “It’s not what you know, it’s who you know.” When you know that person who can get your foot in the door, who can point you in the right direction, or who knows the people you need to make contact with to succeed, life becomes much easier. That person you made friends with at dinner can save you YEARS of work by whispering in the right person’s ear. The first-rate employee you hire can free you up to do other things. That person you ask to mentor you may be able to suggest things you would have NEVER thought of on your own. The difference between success and failure can often come down to nothing more than networking.

Stop there. If it’s your life, ultimately it’s your fault. Oh, but you don’t know what my parents were like. My wife was awful. My husband – wow… was he bad! Society has it in for people like me because I’m white, black, Muslim, Jewish, female, male, gay, young, old, straight… it doesn’t matter. When you stop taking responsibility for your own life and give it to someone else, you give away your power. Get angry if you like and then complain if you must, but when that’s done, accept responsibility and find a way to get it done.

Succeed at what exactly? I used to own one of the top 10,000 conservative websites in the world and I regularly had people ask me what they needed to do to succeed. Almost inevitably, when I started asking them questions, I’d find out that they didn’t really know what they wanted to do. Did they want to be a columnist? A radio host? Did they want to be on TV? Did they want to create a successful website? Did they want to work for a think tank? Did they want to work for a member of Congress? Did they want to run for Congress? Before I could help them, I had to help them figure out what they wanted to do in the first place. Of course, while some people are pursuing a course of action, they’re able to play off it and find success somewhere else. Dwayne “The Rock” Johnson wanted to be a professional football player. Although that didn’t work out for him, the physique he built in the process enabled him to become a professional wrestler. His incredible success in that field then allowed him to move over to acting. Did he hit his original goal? No, but knowing what he needed to do at each stage to become successful enabled him to become the star that he is today.

You failed? You mean like Michael Jordan when he tried out for varsity basketball the first time and was cut? You mean like wildly successful comedian Kevin Hart, who was booed continuously at a rowdy club and hit in the face with a piece of chicken during his early years? You mean like Donald Trump, who sought bankruptcy protection for corporations he owned four times and went billions into debt during the 1991 crash?  Success is a long, winding road and everybody on it gets his face smashed in the dirt now and again. It doesn’t mean you’re a failure when that happens; it just means you’re like all the other successful people.