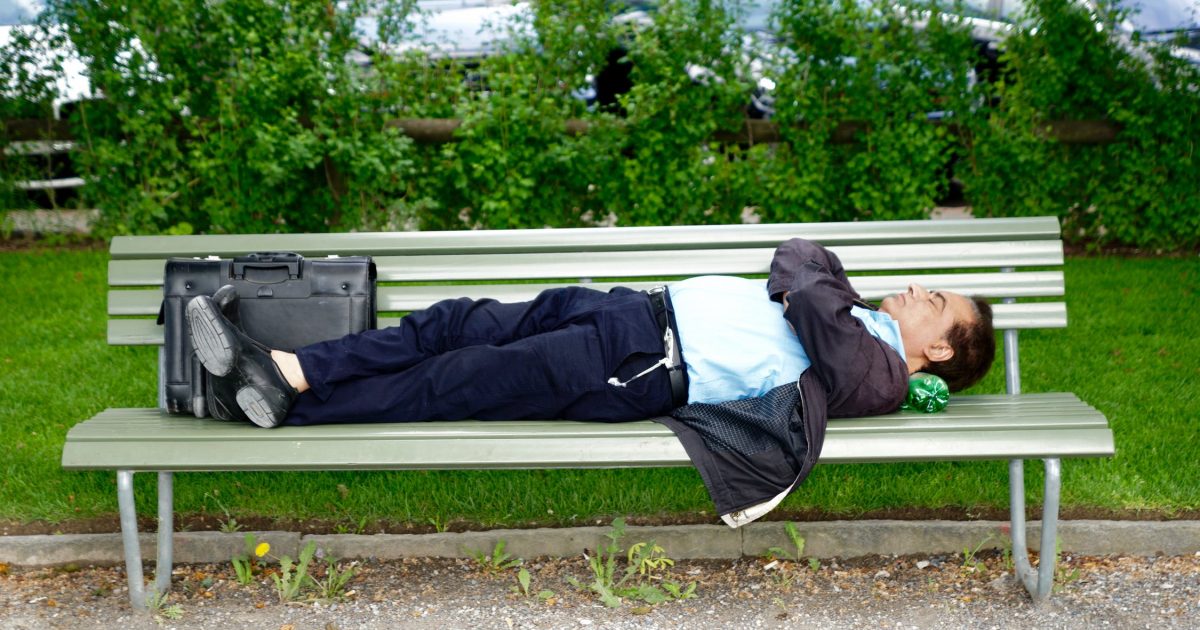 You spend roughly a third of your life sleeping and that time has a much bigger impact on your waking hours than most people realize. Problems sleeping can bleed over into almost every area of your life. Lack of sleep can mean a lack of willpower. It can make you cranky and lazy. It can mean the difference between being good and bad at your job, having a successful and a failing relationship, or being healthy and sick.

I know a lot about sleep, in part because I’ve studied it, but also because I’ve gone to different extremes. When I was working on becoming a blogger full time, I spent years getting only 4-6 hours of sleep a night because I was doing the equivalent of two full-time jobs and something had to give.

On the other hand, after I went full time as a blogger, I learned a lot about optimal sleeping habits. Whether it’s handling an eight-hour drive on three hours’ sleep, staying up 24 hours in a row, switching from a first shift schedule to third shift and back again in the same week, or getting up at 3 AM — I can handle it. That’s not to say that it’s always a piece of cake, but you would be surprised at how much better your sleeping habits can become with a little practice and how much of a difference it can make in your life.

1) Have the right equipment: At one point in college, I was bedding down on a cheap, 20-year-old, sunken mattress. To sleep on it I had to curl up into a fetal position so that my body didn’t end up sinking down into the bed trench — which would have left me with a backache when I woke up.

This may go without saying, but that’s LESS THAN IDEAL.

If you’re going to spend roughly 1/3 of your life asleep, then it actually makes sense to put some time and money into selecting your bed. Go to a number of stores and lie on different mattresses. Find out if you like soft or hard beds. Don’t get the cheapest thing available, but don’t assume that you should buy the most expensive bed in the store either. After hitting multiple places, the last mattress I bought — which I’ve been extremely happy with — ended up being about half the cost of the most expensive beds I considered.

Additionally, your pillows are important, too. As a general rule, you don’t want to fall asleep with your neck jutting out at an odd angle and I’d recommend using a thin pillow between the knees to keep the spine aligned. Beyond that, there’s a lot of personal preference involved so this is another area where you need to experiment. Keep in mind that sometimes very expensive pillows don’t necessarily sleep all that well. Additionally, if you find a pillow you like at a hotel or a friend’s house, write down the brand name and buy it.

2) Your bed is for sleeping: Ivan Pavlov is best known for an experiment he did with dogs. He’d give the animals food, ring a bell, allow them to eat, and he’d note the salivation. Eventually, Pavlov was able to just ring the bell, without presenting the food, and he found that the dogs STILL salivated.

This same general principle works with human beings as well. If, every time you lie down in bed, you go to sleep, your body will respond to the stimuli you’re giving it. Eventually, your body will conclude that lying down in the bed means you’re going to sleep and it will act accordingly. However, it will respond to other stimuli as well. If you regularly study, watch TV, read, play video games, chat on the phone, etc., in bed, it will be harder to go to sleep because your body will associate the bed with other activities. In other words, the more exclusively you use your bed for sleep, the easier it will become.

3) Control your environment: Close the blinds. Get blackout shades if you need to do it. Make it DARK. Like it cool? Crack a window, turn on the AC, or make sure you don’t have too much cover. Turn off the TV in your bedroom. The same goes for the monitor and the speakers on your computer. Your cell phone? Shut it off. If you have a problem with late-night calls on your landline, turn off the ringer. You don’t want beeps or lights disturbing your sleep. Do you sleep better with soft music? Grab some and play it. The Cure’s “Carnage Visors” is amazing to listen to as you drift off to sleep. Warm baths before bed are used by many people as a sleep aid, but believe it or not, even a cold shower right before you drop into bed can help. Yes, it really wakes you up, but it also cools you down and you crash hard as you go to sleep.

4) Stay the course: It’s not unusual to wake up in the middle of the night. According to the activity tracking device FitBit, I wake up 7-9 times in an average night. All that may mean is that I turn over, shrug, or stretch a bit and fall back to sleep without even necessarily being conscious of it — but technically, I woke up. When this happens, especially if you become aware that you’re awake, it’s important that you don’t give up on catching some zzzzzs. If you need to go to the bathroom or get some water, keep one eye closed, take care of your business, and then get back in bed. But don’t start watching TV or doing work. Just lie there, let your mind drift, and accustom your mind to responding that way.

5) The Final Stage: It’s not a bad idea to take a few minutes to relax before bed. Ideally, when you’re already tired, avoid stimulants like caffeine, turn off the TV, put on some quiet music, read something relaxing, and maybe even take a shower. Then slide into your nice cool bed and let yourself drift away. Although it’s great to think of something relaxing when you lie down, the most important thing to do is focus your mind on something other than going to sleep. If you were determined to STAY AWAKE, the best way to do it would be to lie-down and think, “When am I going to sleep? Wow, why is this taking so long? C’mon sleep!” That’s actually the idea behind “counting sheep.” Get your mind off emotional, stimulating topics or the process and you’re much more likely to doze off.