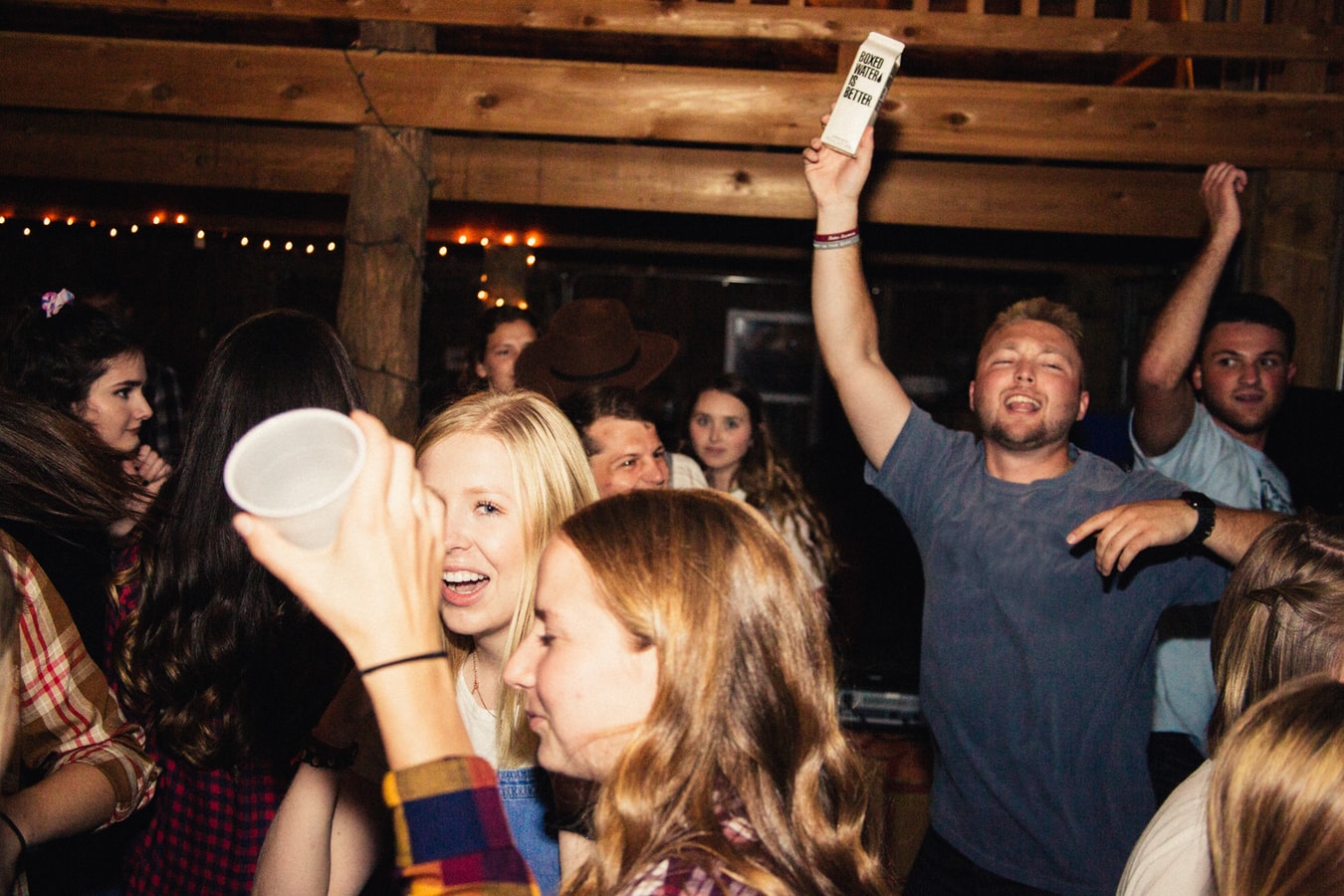 Let’s​​ get one thing super straight before we begin, and that is this very simple truth: no matter what kind of guy you meet at a college bar, he has two missions — get drunk, and have sex with you. That’s it. That’s the big ol’ secret. Never kid yourself otherwise.

Now, it is entirely possible to enjoy a rather raucous evening at a college bar and escape without having any sex with anyone. I’ve done it many times. But if you want to avoid hooking up, you must​​ have a game plan, and you must know​​ your species. Here are the anthropologically categorized five most likely boys you will meet in a college bar.

Males traveling in a pack of other males are more than likely going to be broheims. Frat brothers, jocks, even members of the same​​ band can present as broheims when beer is involved.

A group of broheims is called a “Wooo!” after the sound they make together to signify they are having a good time. Once a wooo of broheims has been assembled, the party has started. They might be buying​​ rounds, doing keg stands, and pouring dollars into the jukebox. They are a roving good time.

The secret is that any specific member of a broheim pack — once separated from the herd — is almost invariably a very sweet, interesting and chivalrous guy who will love talking to you. It’s when he’s melded with the wooo that he becomes unseemly. Keep this in mind, and you’ll do fine.

Oh, this guy seems very sensitive and thoughtful, sitting in the corner of the bar with his locally sourced,​​ cruelty free IPA, scribbling song lyrics and daydreams into his moleskin. But he’s totally trying to get laid. That is exactly why he’s being all moody and writerly in public, instead of his dorm room like a normal person.

He may genuinely be a poet in need of some female company, or he may be an ATO putting on an act (something I encountered personally in my day), but either way, this guy doesn’t have Edgar Allen Poe on his mind. I’d love to tell you that he has any redeeming qualities, but if he’s out scamming for chicks this way, he hasn’t learned to genuinely connect yet. Ask if what his favorite Nabokov book is...that should settle any doubts.

You probably remember it well. You were at the bar in your humorous t-shirt featuring Spock with “May the force be with you” written under it. You’re leaning over to give your order, when the guy next to you says, “Well, actually, the Force is a concept from Star Wars, not Star Trek.” And you glare at him and say “Duh, that’s the joke.” Maybe​​ you throw your drink in his face. I don’t know.

There are two subsets of Well Actually Guys, and one gets laid while the other wonders why nobody likes him. The ones that get laid are hip professors and teacher aides. Their “Well, actually” is generally followed by something interesting about the Peloponnesians or Fort Sumter or particle physics, mixed with the heady aphrodisiac of authority and better clothing. If they’re at a bar their students frequent, they’re also at least a little predatory.

The schlubby pedant who reminds you of Comic Book Guy from The Simpsons remains unlaid, and is slowly turning into our next college guy...

The only way this guy ever gets any female attention is when the cast offs from his much more self-assured and/or handsome friend consent to spend time with him. Subsequently, he will spend the entire evening trying to get you so drunk that you can neither​​ consent or object, and if you still won’t have sex with him, he’ll go from generous to downright evil in a heartbeat.

If he learned to see women as people instead of blow up dolls, he might actually manage to score on his own by being himself and talking​​ to them. Instead, he sort of hangs around like a vulture waiting to pick up the scraps. He may have something of a criminal history, and he’s usually someone’s “troubled cousin.” Never accept drinks from him, and try to engage him as a person, if he’ll let you. If not, it’s best to get away.

This is the guy who doesn’t need a gaggle of dudes around him to feel secure and​​ doesn’t have a wingman to make him look better. He doesn’t have a gimmick like a guitar or book. He can talk to you whether he’s had ten drinks or none. He’s calm, confident, poised, and sane. He’s the guy every girl is trying to order near so he can check them out.