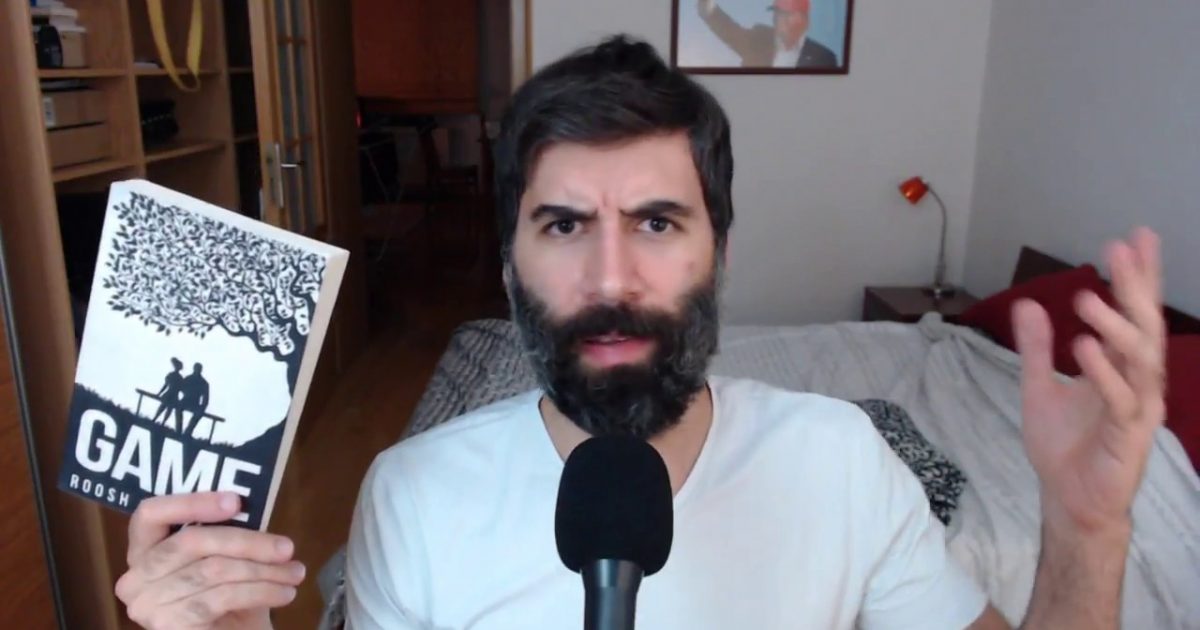 I enjoyed reading Roosh’s new book Game. It was detailed, well thought-out and I thought the advice was extremely good with the possible exception IMO of some of the relationship advice at the end, which is not why most men are going to really read the book anyway. Although I would definitely recommend the book, I was surprised to find that it is a little depressing. I’ll admit, I come from a little bit of a different world than Roosh. Inevitably, when I’ve asked a woman out outside of online dating, she has been a woman who knows me from politics or a woman I’ve had a few interactions with already. On the other hand, Roosh is an approach machine who will go after any woman that catches his fancy. As a result, he has slept with over 100 women in multiple countries and he does not paint a rosy picture of what the dating world looks like for men. Read these quotes and you’ll see what I mean….

5) ”The fact that you need to learn game as if you were studying a subject in university says that who you are is not enough to get the girls you want in a degenerate society. Your character traits, which probably include aspects of loyalty, politeness, fairness, fidelity, and justice, are not highly desired by girls who have an unbridled choice of men, and only by applying game can you unleash the type of man who will be favored in a society that’s broken.”

4) “It would be great if you met a pretty girl in a bar, had a long conversation with her that ended with a kiss, got her phone number, and then arranged a date for a few days later. Unfortunately, the likelihood of this scenario is shrinking, resulting in huge amounts of frustration for just about every man who meets girls at night. Here is the worst-case reality: if you get phone numbers from girls you don’t kiss, you’ll need ten to eighteen numbers to get one date.”

3) “With the exception of approaching, the most frustrating part of game is contacting girls, either via voice call or by texting. Girls no longer have basic manners when communicating with men they’ve shown an interest in, so you’ll repeatedly be disappointed when interactions that seemed to be strong and genuine fade to silence. The strong connection you feel is fleeting in the mind of the modern girl who wants to continually experience a smorgasbord of excitement and adventure. She will love you one moment and treat you worse than a homeless bum the next. This is why I advise that you push the interaction as far as you can while a girl is in your presence.”

2) “Beautiful girls in big cities are now directly and indirectly offered sex more than 1,000 times a month from men on the internet, in bars, on the streets, and within their social circles. If a girl has a basic internet profile, spends time on social networking, and goes out twice a week, I guarantee that she is offered more cock than even the most famous women of the past. A girl is not interested in 99% of the men who offer her sex, but try to imagine the effect on your psychology if 1,000 women a month were trying to have sex with you. What kind of person would that make you? I can tell you what I would be like if I were getting over 1,000 sex offers every month: I’d be spoiled rotten, thinking that I deserved all those women just because I existed. I’d be flakey, cancelling dates often, because I’d constantly be unsure whether I was getting the “best” possible girl. I’d be bitchy to women who didn’t read my mind and failed to treat me exactly the way I wanted, because don’t they know that I could sleep with hundreds of other women any time I wanted? I’d be moody, always dependent on the reactions I get from women. If I received less attention one weekend than usual, I’d throw a temper tantrum and demand immediate satisfaction. I’d also get bored easily. With so many women constantly trying to entertain me, I wouldn’t be able to tolerate five minutes with a boring girl who didn’t jump through hoops to make me laugh. Lastly, I’d be primed to value novelty more than stability. I’d become addicted to experiencing one new girl after the next, and believe excitement and fun were worth more than stability and commitment. My attention span would morph into that of a small child. Haven’t I just described the modern woman? While a large part of who we are is shaped by our genetics, environment plays a huge role, and when your environment is getting nonstop attention from thousands of people trying to have sex with you, your personality and even your humanity will become degraded, making it hard for you to connect meaningfully with anyone.”

1) “Consider the type of game your grandfathers had to use on your grandmothers. In all likelihood, it was to be good men, get involved with the church, line up stable jobs, and be friendly. They didn’t have to sleep with a dozen or more girls to enter a relationship that would last less than a year. There was no conscious effort on their part to try to be an alpha male or not to appear needy. When “grandfather game” becomes the best game to land a great woman, I will be the first to get excited, but we have to admit that your grandfathers may not have reproduced today if they had been forced to meet your grandmothers in the kind of climate we have to face.”