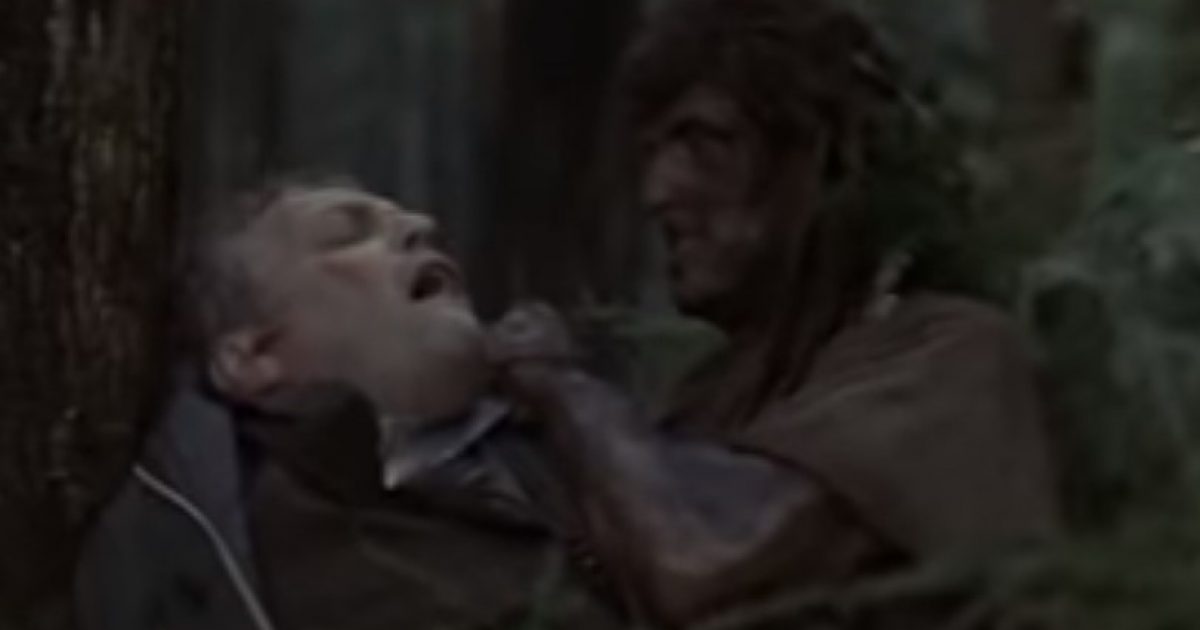 25) Remember Sully when I promised to kill you last? I lied. — Commando

23) Some motherfucker’s always trying to ice skate up hill. — Blade

22) I am Ripper… Tearer… Slasher… Gouger. I am the Teeth in the Darkness, the Talons in the Night. Mine is Strength… and Lust… and Power! I AM BEOWULF! — Beowulf

21) To the last, I will grapple with thee… from Hell’s heart, I stab at thee! For hate’s sake, I spit my last breath at thee! — Star Trek: The Wrath of Khan

19) “Ever notice how you come across somebody once in a while you shouldn’t have fucked with? That’s me.” — Gran Torino

17) “And our battle plan will be that of an Apache resistance. We will be cruel to the Germans, and through our cruelty they will know who we are. And they will find the evidence of our cruelty in the disemboweled, dismembered, and disfigured bodies of their brothers we leave behind us. And the German won’t not be able to help themselves but to imagine the cruelty their brothers endured at our hands, and our boot heels, and the edge of our knives. And the German will be sickened by us, and the German will talk about us, and the German will fear us. And when the German closes their eyes at night and they’re tortured by their subconscious for the evil they have done, it will be with thoughts of us they are tortured with. Sound good? (YES, SIR!) That’s what I like to hear. But I got a word of warning for all you would-be warriors. When you join my command, you take on debit. A debit you owe me personally. Each and every man under my command owes me one hundred Nazi scalps. And I want my scalps. And all y’all will git me one hundred Nazi scalps, taken from the heads of one hundred dead Nazis. Or you will die tryin’.” — Inglourious Basterds

16) “Now I don’t know what kind of bullshit power-play you’re trying to pull here, but Asia, jack, is my territory. So whatever you’re thinking, you’d better think again! Otherwise I’m gonna have to head down there and I will rain down an un-Godly fucking firestorm upon you! You’re gonna have to call the fucking United Nations and get a fucking binding resolution to keep me from fucking destroying you. I’m talking scorched earth, motherfucker! I will massacre you! I WILL FUCK YOU UP!” — Tropic Thunder

14) You know, by God I actually pity those poor b@stards we’re going up against. By God, I do. We’re not just going to shoot theb@stards, we’re going to cut out their living guts and use them to grease the treads of our tanks. We’re going to murder those lousy Hun bastards by the bushel. — Patton

12) All I have in this world are my balls and my word, and I don’t break them for anybody. — Scarface

11) “Losers always whine about their best. Winners go home and fuck the prom queen.” – The Rock

10) “Hello. My Name is Inigo Montoya. You killed my father. Prepare to die.” — The Princess Bride

You can’t handle the truth! Son, we live in a world that has walls, and those walls have to be guarded by men with guns. Who’s gonna do it? You? You, Lieutenant Weinberg? I have a greater responsibility than you can possibly fathom. You weep for Santiago and you curse the Marines. You have that luxury. You have the luxury of not knowing what I know, that Santiago’s death, while tragic, probably saved lives. And my existence, while grotesque and incomprehensible to you, saves lives! You don’t want the truth, because deep down in places you don’t talk about at parties, you want me on that wall. You need me on that wall. We use words like “honor”, “code”, “loyalty”. We use these words as the backbone of a life spent defending something. You use them as a punchline. I have neither the time nor the inclination to explain myself to a man who rises and sleeps under the blanket of the very freedom that I provide, and then questions the manner in which I provide it! I would rather you just said “thank you”, and went on your way. Otherwise, I suggest you pick up a weapon, and stand a post. Either way, I don’t give a damn what you think you are entitled to! “ – A Few Good Men

8) “Do you really think you have a chance against us, Mr. Cowboy?

5) All right Clanton, you called down the thunder and now you’ve got it. You see that? It says United States Marshall. Take a good look at him Ike because that’s how you’re gonna end up. The cowboys are finished you understand me? I see a red sash, I kill the man wearing it. So run you cur, run, tell all the other curs that law is coming, you tell I’m coming, and Hell’s coming with me you hear? Hell’s coming with me. — Tombstone

3) “I don’t know who you are. I don’t know what you want. If you are looking for ransom, I can tell you I don’t have money. But what I do have are a very particular set of skills, skills I have acquired over a very long career. Skills that make me a nightmare for people like you. If you let my daughter go now, that’ll be the end of it. I will not look for you, I will not pursue you. But if you don’t, I will look for you, I will find you, and I will kill you.” – Taken

To crush your enemies, see them driven before you and hear the lamentations of their women.” – Conan the Barbarian

1) I know what you’re thinking. “Did he fire six shots or only five?” Well, to tell you the truth, in all this excitement I kind of lost track myself. But being as this is a .44 Magnum, the most powerful handgun in the world, and would blow your head clean off, you’ve got to ask yourself a question: Do I feel lucky? Well, do ya punk? — Dirty Harry