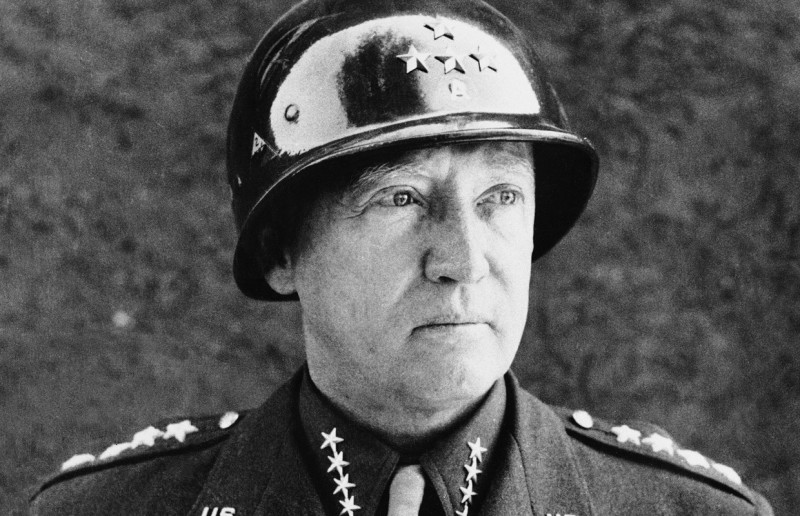 1) “They’ve got us surrounded again, the poor b@stards.” — Creighton W. Abrams during the Battle of the Bulge in WWII.

2) “Let justice be done though the heavens should fall.” — U.S President John Adams

3) “Are you guys ready? Let’s roll.” — Todd Beamer’s last words before he led Americans on United Airlines Flight 93 to attack a cockpit controlled by terrorists.

4) “I can hear you! The rest of the world hears you! And the people who knocked these buildings down will hear all of us soon!” — George W. Bush from the wreckage of the WTC, responding to someone who said they couldn’t hear him.

5) “I have only two out of my company and 20 out of some other company. We need support, but it is almost suicide to try to get it here as we are swept by machine-gun fire and a constant barrage is on us. I have no one on my left and only a few on my right. I will hold.” — First Lieutenant Clifton B. Cates in 1918, during WWI.

9) “I only regret that I have but one life to give for my country.” — Nathan Hale before being hung by the British.

10) “Before we’re through with them, the Japanese language will be spoken only in hell.” — William F. Halsey’s response after seeing the wreckage of Pearl Harbor.

11) “It is in vain, sir, to extenuate the matter. Gentlemen may cry, ‘Peace! Peace!’ — but there is no peace. The war is actually begun! The next gale that sweeps from the north will bring to our ears the clash of resounding arms! Our brethren are already in the field! Why stand we here idle? What is it that gentlemen wish? What would they have? Is life so dear, or peace so sweet, as to be purchased at the price of chains and slavery? Forbid it, Almighty God! I know not what course others may take; but as for me, give me liberty, or give me death!” — Patrick Henry, 1775

12) “We view ourselves on the eve of battle. We are nerved for the contest and must conquer or perish. It is vain to look for present aid: none is at hand. We must now act or abandon all hope! Rally to the standard, and be no longer the scoff of mercenary tongues! Be men, be free men, that your children may bless their father’s name.” — Sam Houston in 1836, before the Battle of Jan Jacinto.

13) “I have sworn upon the altar of God eternal hostility against every form of tyranny over the mind of man.” — Thomas Jefferson

14) “I wish to have no connection with any ship that does not sail fast; for I intend to go in harm’s way.” — The “Father of the American Navy” John Paul Jones during the Revolutionary War.

15) “I’ve missed more than 9000 shots in my career. I’ve lost almost 300 games. 26 times, I’ve been trusted to take the game-winning shot and missed. I’ve failed over and over and over again in my life. And that is why I succeed.” — Basketball player, Michael Jordan

16) “I’ll tell you what war is about, you’ve got to kill people, and when you’ve killed enough they stop fighting.” — U.S. Air Force General Curtis LeMay

17) “Be polite, be professional, but have a plan to kill everyone you meet.” — General James Mattis

18) “Nuts.” — The one-word response of Brigadier General Anthony C. McAuliffe when the Germans demanded his surrender at the Battle of the Bulge.

19) “No options now, buddy, kill ’em all!” — SEAL Michael Murphy to his friend Marcus Luttrell as the four of them were being attacked by a large Taliban force.

20) “Sure, we want to go home. We want this war over with. The quickest way to get it over with is to go get the b*stards who started it. The quicker they are whipped, the quicker we can go home. The shortest way home is through Berlin and Tokyo. And when we get to Berlin, I am personally going to shoot that paper hanging son-of-a-b*tch Hitler just like I’d shoot a snake.” — George S. Patton from a speech given during WWII.

21) “Don’t you forget that you’re First Marines! Not all the communists in Hell can overrun you!” — ‘Chesty’ Puller rallying his First Marine Regiment near Chosin Reservoir, Korea, December 1950.

22) “Today we did what we had to do. They counted on America to be passive. They counted wrong.” — Ronald Reagan after bombing Libya.

23) “Friends, I shall ask you to be as quiet as possible. I don’t know whether you fully understand that I have just been shot — but it takes more than that to kill a Bull Moose.” — Teddy Roosevelt decided to finish his speech in 1912 AFTER being shot in the chest with a Colt .38.

24) “Yonder are the Hessians. They were bought for seven pounds and tenpence a man. Are you worth more? Prove it. Tonight the American flag floats from yonder hill or Molly Stark sleeps a widow!” — John Stark at the Battle of Bennington in 1777.

25) “(If this call is neglected) I am determined to sustain myself for as long as possible, and die like a soldier who never forgets what is due to his own honor and that of his country.” — William Travis, Commander at the Alamo