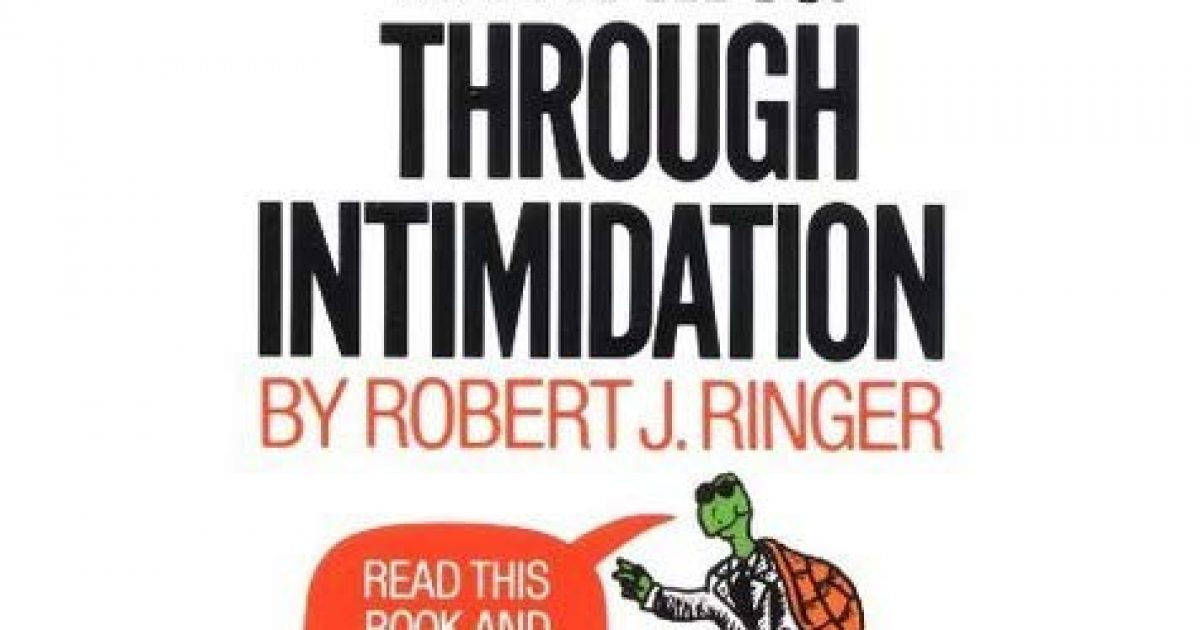 Other than the much more famous Tony Robbins and Tim Ferriss, Robert Ringer is the best “self-help” guru out there. His books are well written, his advice is practical and he was willing to take true, but controversial positions on issues and advocate absolute self-responsibility before it was cool. Ringer wrote a number of books, but two of them were all-time classics. “Looking Out for #1: How to Get from Where You Are Now to Where You Want to Be in Life” and “Winning Through Intimidation” are both amazing books that had an impact on my life. With all that said, enjoy the best quotes from Robert Ringer.

18) “There is always a reason for a bad consequence, but a reason is different from an excuse. An excuse implies an attempt to escape accountability. The fact that someone may have been dishonest with you might be a legitimate reason why you were harmed, but if you use the other person’s dishonesty as an excuse for what happened to you, you are letting yourself off the hook and thereby escaping personal responsibility.”

16) “Don’t expect even the most ethical people to live up to your moral expectations of them 100 percent of the time. All people, at one time or another, deviate from their moral beliefs; i.e., they are sometimes hypocritical. By now you know the lure: instant gratification.”

15) “When you take action, particularly bold action, the boundaries of what you believe to be possible (your belief system) expand. Which, in turn, gives you the capacity to consider new ideas, new possibilities, and new concepts that you previously thought to be impossible.”

14) “Real happiness lies not in the achievement of goals, but in the striving towards goals. Striving implies action; achievement implies inertia or an end to the action that brought about the achievement. You have to have a purpose in life that does not fade away once you achieve a goal or reach a milestone.”

13) “To many people, spontaneity is the ultimate symbol of freedom — do what you want, when you want, how you want. Routine — which is an integral part of life maintenance — represents a form of imprisonment to such people. Personally, I have found the opposite to be true. For me, a routine is an ongoing catharsis resulting not in imprisonment, but in freedom. When my life is in order, I have more time to work on constructive long term projects, not to mention more time for pleasurable activities. The more religiously one maintains a daily routine, the less his mind is clogged with petty problems, which, in turn, translates into lower stress and anxiety.”

12) “People say they love truth, but in reality, they want to believe that which they love is true.”

11) “The cost of procrastination is generally far greater than the cost of making mistakes.”

10) “Remember, everything worthwhile has a price. The price of friendship varies in amount and form, but, make no mistake about it, there is always a payment involved. The payment may require your investing a certain number of hours per week in conversation, it may mean that you are counted on for continual inspiration, or it may translate into your having to forego a facet of your life that is important to you. Whatever it may be, just be aware that there is a payment.”

9) “The word exception is almost a misnomer because in the real world exceptions are rarely the nonrecurring phenomena that people would like to believe they are; i.e. exceptions have a tendency to become the rule. That’s because exceptions are usually made to accommodate one’s desire for instant gratification, and instant gratification is addictive. Isn’t it true that there’s always a special game, a special event, or a special dessert to tempt you? And isn’t there always someone around to chide you, ‘Aw c’mon, just this one time. What’s the big deal? It’s not going to kill you.'”

8) “…Perhaps only 45% of success is showing up, while another 45% of success is asking. Asking is the simplest, most efficient, and potentially most rewarding action a person can take. I’ve become such a believer in the power of asking that I am compelled to share with you my Ten Sacred Rules of Success:

I never cease to be amazed by how many times I’ve achieved results simply because I took the trouble (and in many cases, had the gall or audacity) to ask — and kept asking until I got the yes I was after.”

7) “To take action based on what I believe to be right rather than on what others believe to be right, I find it helpful to constantly remind myself that civilization progresses as a result of the bold actions of a small minority of earth’s population. The masses don’t invent lightbulbs, automobiles, airplanes, or computers. They simply go along for the ride.”

5) “…Consider the possibility that man is to God as a dog is to man, and a dog is to man as a flea is to a dog; i.e., the man, the dog, and the flea, who are merely tagging along for the ride, have neither the faintest idea as to why their masters do what they do nor the means to ever understand why. The question then becomes: Is God indifferent to us, as the dog is to the flea, or does He allow us to suffer for reasons we do not understand? When someone takes his dog to the veterinarian, the dog has no idea why his master allows pain to be inflicted on him. In the same way, perhaps, God doesn’t always give us what we want, but He knows what we need.”

4) “What I’m talking about here is the Three-Type Theory, which states: There are only three types of people in the business world (with the one exception noted above), as follows: Type Number One, who lets you know from the outset—either through his words, his actions, or both—that he’s out to get your chips. He then follows through by attempting to do just that. Type Number Two, who goes to great lengths to assure you that he would never dream of pilfering your chips, often trying to throw you off guard by assuring you that he really wants to see you “get everything that’s coming to you.” Then, like Type Number One—and without hesitation—he goes about trying to grab your chips anyway.”

3) “The secret to bluffing is to not bluff.”

2) “If you push a man to the point where he feels like he’s been challenged, then realities, values, and logic suddenly don’t matter anymore.”

1) “The degree of complications and unhappiness in a person’s life corresponds to the degree to which he dwells on the way he thinks the world ought to be rather than the way it really is.”