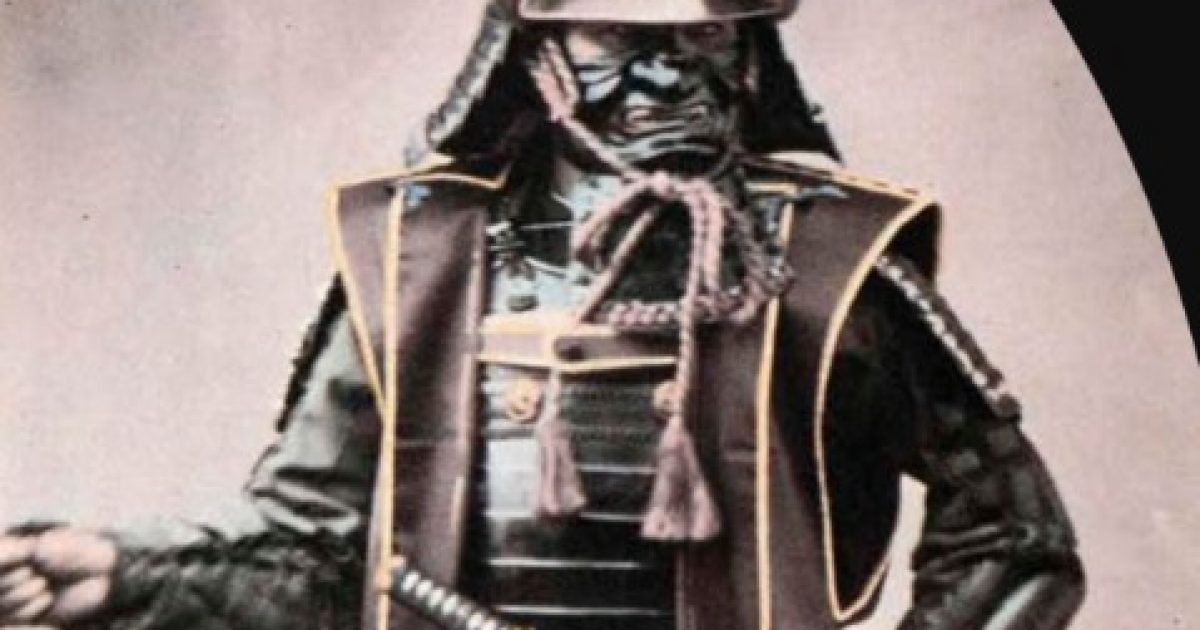 In no particular order, here are the 20 best quotes from the legendary book, “Hagakure: The Secret Wisdom of the Samurai.”

1) Take a look at the men today. It seems that most of them have a woman’s heart. There are very few true men anymore. It is easy for a strong warrior to gain the advantage these days because so few have any courage at all. This loss of the warrior spirit is easily shown by the fact that men today cannot even behead a convicted criminal with his hands tied behind his back.

2) It is not sufficient just to remain calm in the event of catastrophe or emergency. When challenged by adversity, charge onwards with courage and jubilation. This is rising to a higher level. It is like the saying, “The more water there is, the higher the boat rises.

3) Life is not so important when forced to choose between life and integrity.

4) I’ll give you the answer to the question “What is most important to the heart of a warrior?” The answer is, “To desire with one’s very soul every second of every day to accomplish one’s aim.”

5) A warrior is worthless unless he rises above others and stands strong in the midst of a storm.

6) If by setting one’s heart right every morning and evening, one is able to live as though his body were already dead, he gains freedom in the Way.

7) You will know who your true friends are when you get sick or distressed. If one you thought was your friend keeps his distance from you during trying times then he should be considered a coward.

8) It is said that what is called “the spirit of an age” is something to which one cannot return. That this spirit gradually dissipates is due to the world’s coming to an end. For this reason, although one would like to change today’s world back to the spirit of one hundred years or more ago, it cannot be done. Thus it is important to make the best out of every generation.

9) When someone is giving you his opinion, you should receive it with deep gratitude even though it is worthless. If you don’t, he will not tell you the things that he has seen and heard about you again. It is best to both give and receive opinions in a friendly way.

10) The secret to a happy marriage is this: Treat your spouse all of your life as you did when you first met and there will never be room for discord.

11) To find a retainer with a loyal heart one need look no further than the house of a warrior who is faithful to his parents. A warrior should remain committed to his parents from the depths of his soul, or else after they have passed away he will be filled with regret for what he should have done.

12) A certain swordsman in his declining years said the following: In one’s life. there are levels in the pursuit of study. In the lowest level, a person studies but nothing comes of it, and he feels that both he and others are unskillful. At this point he is worthless. In the middle level he is still useless but is aware of his own insufficiencies and can also see the insufficiencies of others. In a higher level he has pride concerning his own ability, rejoices in praise from others, and laments the lack of ability in his fellows. This man has worth. In the highest level a man has the look of knowing nothing. These are the levels in general;. But there is one transcending level, and this is the most excellent of all. This person is aware of the endlessness of entering deeply into a certain Way and never thinks of himself as having finished. He truly knows his own insufficiencies and never in his whole life thinks that he has succeeded. He has no thoughts of pride but with self-abasement knows the Way to the end. It is said that Master Yagyu once remarked, “I do not know the way to defeat others, but the way to defeat myself.” Throughout your life advance daily, becoming more skillful than yesterday, more skillful than today. This is never-ending.

13) If you keep your sword drawn and wield it about then no one will dare approach you and you will have no allies. But if you never draw it, it will dull and rust and people will assume that you are feeble.

15) As time passes and men age and deteriorate, set your pace to catch those ahead of you and start living healthy and you may fulfill your dreams of long servitude to your lord. When everyone excels it is hard to stand out, but as others start to decline it becomes much easier to achieve greatness.

16) In offering one’s opinion, one must first ascertain whether or not the recipient is in the right frame of mind to receive counsel.

17) It is bad to carry even the good thing too far. Even concerning things such as Buddhism, Buddhist sermons, and moral lessons, talking too much will bring harm.

18) There is certainly nothing more important in life than what we do at the present moment. A person’s entire life consists of nothing more than one moment piled on top of another, over and over again. Once enlightened to this, the warrior has nothing else to worry about, because he realizes that he has only to live in the present moment with the utmost intensity.

19) No matter if the enemy has thousands of men, there is fulfillment in simply standing them off and being determined to cut them all down, starting from one end.

20) At the age of five, Kichizaemon Yamamoto’s father ordered him to take sword in hand and cut down a dog. At the age of fifteen, he was ordered to execute criminals. It used to be that a warrior was ordered to take a head by the age of fourteen or fifteen. Lord Katsushige learned to kill with the sword under the direction of his father, Lord Naoshige, while he was still very young. After a while he could cut down ten men in succession. In times past this was the practice, especially among the affluent, but now no one learns to kill while young. This is very short-sighted.