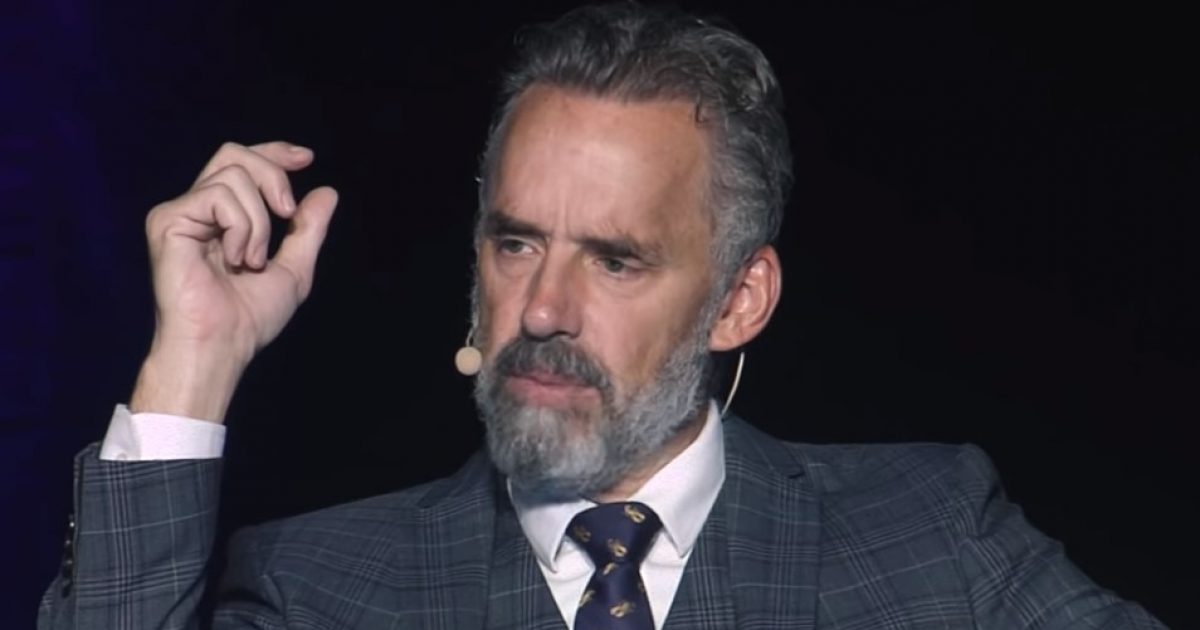 Psychologist Jordan Peterson has become an important voice for men in the last couple of years and he’s a particularly quoteworthy guy. So, I thought people would enjoy reading his 20 bet quotes. Enjoy!

20) “Girls can win by winning in their own hierarchy — by being good at what girls value, as girls. They can add to this victory by winning in the boys’ hierarchy. Boys, however, can only win by winning in the male hierarchy. They will lose status, among girls and boys, by being good at what girls value. It costs them in reputation among the boys, and in attractiveness among the girls. Girls aren’t attracted to boys who are their friends, even though they might like them, whatever that means. They are attracted to boys who win status contests with other boys.”

19) “The only time no ever means no in the absence of violence is when it is uttered by one civilized person to another.”

18) “And even if it were possible to permanently banish everything threatening — everything dangerous (and, therefore, everything challenging and interesting), that would mean only that another danger would emerge: that of permanent human infantilism and absolute uselessness. How could the nature of man ever reach its full potential without challenge and danger? How dull and contemptible would we become if there was no longer reason to pay attention? Maybe God thought His new creation would be able to handle the serpent, and considered its presence the lesser of two evils.”

17) “I have had many clients whose anxiety was reduced to subclinical levels merely because they started to sleep on a predictable schedule and eat breakfast.”

16) “When things break down, what has been ignored rushes in.”

15) “Success: that’s the mystery. Virtue: that’s what’s inexplicable. To fail, you merely have to cultivate a few bad habits. You just have to bide your time. And once someone has spent enough time cultivating bad habits and biding their time, they are much diminished.”

14) “If you over-coddle people, if you protect them from everything that’s sharp, you make them dull and narcissistic.”

13) “It took untold generations to get you where you are. A little gratitude might be in order. If you’re going to insist on bending the world to your way, you better have your reasons.”

12) “You should never sacrifice what you could be for what you are.”

11) “It is far better to render beings in your care competent than to protect them.”

10) “Compare yourself to who you were yesterday, not to who someone else is today.”

9) “To journey happily may well be better than to arrive successfully.”

8) “When softness and harmlessness become the only consciously acceptable virtues, then hardness and dominance will start to exert an unconscious fascination. Partly what this means for the future is that if men are pushed too hard to feminize, they will become more and more interested in harsh, fascist political ideology.”

7) “As the Christian revolution progressed, however, the impossible problems it had solved disappeared from view. That’s what happens to problems that are solved. And after the solution was implemented, even the fact that such problems had ever existed disappeared from view. Then and only then could the problems that remained, less amenable to quick solution by Christian doctrine, come to occupy a central place in the consciousness of the West — come to motivate, for example, the development of science, aimed at resolving the corporeal, material suffering that was still all-too-painfully extant within successfully Christianized societies. The fact that automobiles pollute only becomes a problem of sufficient magnitude to attract public attention when the far worse problems that the internal combustion engine solves has vanished from view. People stricken with poverty don’t care about carbon dioxide. It’s not precisely that CO2 levels are irrelevant. It’s that they’re irrelevant when you’re working yourself to death, starving, scraping a bare living from the stony, unyielding, thorn-and-thistle-infested ground. It’s that they’re irrelevant until after the tractor is invented and hundreds of millions stop starving.”

6) “Imagine a toddler repeatedly striking his mother in the face. Why would he do such a thing? It’s a stupid question. It’s unacceptably naive. The answer is obvious. To dominate his mother. To see if he can get away with it. Violence, after all, is no mystery. It’s peace that’s the mystery. Violence is the default. It’s easy. It’s peace that is difficult: learned, inculcated, earned.”

4) “Consider this, as well, in regard to oppression: any hierarchy creates winners and losers. The winners are, of course, more likely to justify the hierarchy and the losers to criticize it.”

2) “In the West, we have been withdrawing from our tradition – religion – and even nation-centered cultures, partly to decrease the danger of group conflict. But we are increasingly falling prey to the desperation of meaninglessness, and that is no improvement at all.”

1) “Even more problematic is the insistence logically stemming from this presumption of social corruption that all individual problems, no matter how rare, must be solved by cultural restructuring, no matter how radical. Our society faces the increasing call to deconstruct its stabilizing traditions to include smaller and smaller numbers of people who do not or will not fit into the categories upon which even our perceptions are based. This is not a good thing. Each person’s private trouble cannot be solved by a social revolution, because revolutions are destabilizing and dangerous.”